1 Propaganda techniques in the media Clipart-Microsoft Office XP 2002 Whose voice guides your choice?

3 or which is the best toothpaste ? Clipart-Microsoft Office XP 2002

4 Looking for facts to back up your choice is an excellent idea, but find out who is presenting those facts. Clipart-Microsoft Office XP 2002

5 Are they facts at all, or is the advertiser using propaganda techniques to persuade you? Clipart-Microsoft Office XP 2002

6 What are Propaganda techniques? Propaganda is designed to persuade. Its purpose is to influence your opinions, emotions, attitudes, or behavior. It seeks to “guide your choice.”

7 Who uses Propaganda? Military Media Advertisers Politicians You and I

8 What are some of the techniques used to persuade us? Bandwagon Name-calling Testimonial Glittering Generality/Card Stacking Plain-folk Snob Appeal Appeal to Emotions

9 Bandwagon You are urged to do or believe something because everyone else does Everybody is doing this. If you want to fit in, you need to “jump on the bandwagon” and do it too. Clipart-Microsoft Office XP 2002

10 For example: This technique tries to persuade everyone to join in and do the same thing.

11 Name-calling saying bad things about the competition, tries to make a product or issue seem bad. A negative word or feeling is attached to an idea, product, or person.

13 Testimonial A famous person endorses an idea, a product, a candidate. If someone famous uses this product, believes this idea, or supports this candidate, so should we.

14 For example: An important person or famous figure endorses a product

15 Glittering Generality/Card Stacking Ads giving only the positive side of a product or service, ignoring negative aspects. Positive words or phrases with a "feel- good" quality leave a nice impression without making any guarantee.

17 Plain-folks Appeal This idea, product, or person is associated with normal, everyday people and activities. It uses either people unknown to the general population or someone well known appearing as a common everyday person

19 Snob Appeal This technique involves making a claim that one should act or think in a certain way because of the high social status associated with the action or thought.

21 Appeal to Emotions words or images that appeal to the audience’s emotions are used the appeal may be to positive emotions, such as desire to success, or to negative ones, such as fear 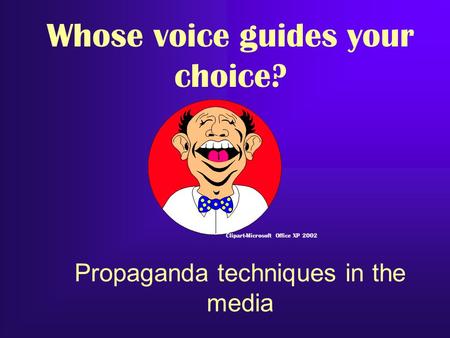 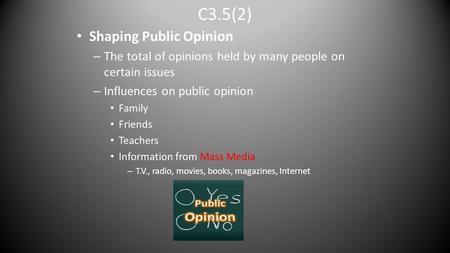 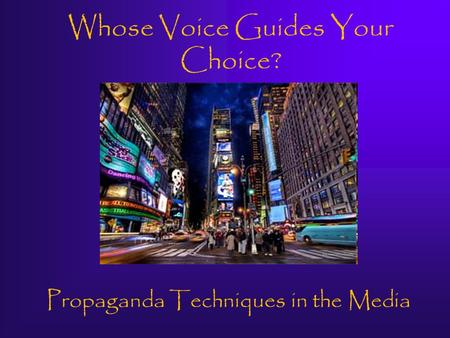 Propaganda Techniques in the Media Whose Voice Guides Your Choice? 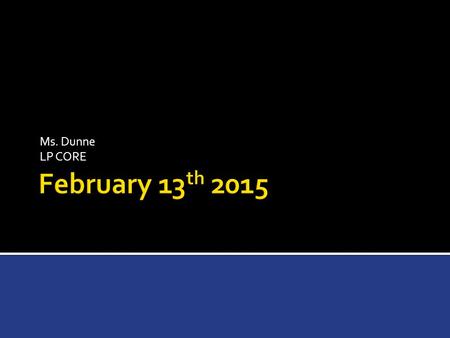 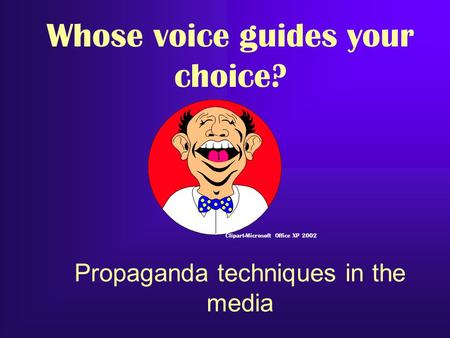 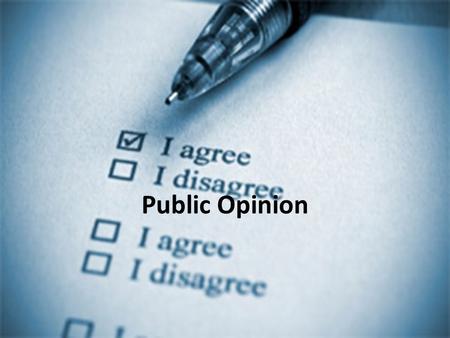 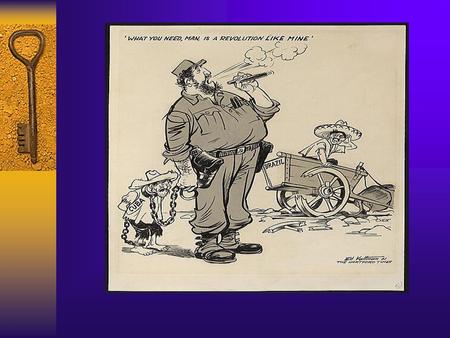 Propaganda techniques in the media Whose voice guides your choice?