2 I. Setting the Stage for “New Imperialism
A. Industrial Revolution transformed the West B. Advances in science and technology, industry, transportation, and communication provided western nations with many advantages. Western nations set out to dominate the world!

3 II. Motives Driving the New Imperialism
A. Imperialism vs. “New Imperialism” 1. Imperialism defined as “the domination by one country of the political, economic, or cultural life of another country or region.” a. Exploration and colonization of the Americas beginning in 1492 b. Between 1500 – 1800, Europe had little influence on the lives of the people in China, India, or Africa

4 2. By the 1800s, Europeans had embarked on “a path of aggressive expansion.”
a. empowered by military strength and economic confidence b. Beginning in the 1870s, Europeans brought much of the world under its influence and control

6 2. Political and Military Motives
a. Steam-powered merchant ships and naval vessels needed bases around the world to take on coal and supplies. b. Nationalism: ruling a global empire increased prestige.

8 4. Social Darwinism a. applied Darwin’s ideas about natural selection and survival of the fittest to human societies. b. Argued that Europeans were superior and their imperial domination of weaker races was simply nature’s way of improving the human species

10 More on the Maxim gun! In 1881 the American inventor, Hiram Maxim, visited the Paris Electrical Exhibition. While he was at the exhibition he met a man who told him: "If you wanted to make a lot of money, invent something that will enable these Europeans to cut each other's throats with greater facility." Maxim moved to London and over the next few years worked on producing an effective machine-gun. In 1885 he demonstrated the world's first automatic portable machine-gun to the British Army. Maxim used the energy of each bullet's recoil force to eject the spent cartridge and insert the next bullet. The Maxim Machine-Gun would therefore fire until the entire belt of bullets was used up. Trials showed that the machine-gun could fire 500 rounds per minute and therefore had the firepower of about 100 rifles. The Maxim Machine-Gun was adopted by the British Army in The following year the Austrian, German, Italian, Swiss and Russian armies also purchased Maxim's gun. The gun was first used by Britain`s colonial forces in the Matabele war in In one engagement, fifty soldiers fought off 5,000 Matabele warriors with just four Maxim guns

11 IV. Forms of Imperial Rule
A. Direct rule 1. Sending officials and soldiers to administer their colonies. 2.Practiced by France. B. Indirect rule 1. Using sultans, chiefs, or other local rulers to govern colonists and encourage their children to become educated in the mother country 2. Used by Britain

12 C. Protectorate 1. Local (Native) rulers left in place but were expected to follow / obey the advice of European advisers. 2. Cost less to run than a colony 3.Usually did not require a large commitment of military forces.

13 D. Sphere of Influence 1. Area in which an outside power claimed an exclusive investment or trading privileges. 2. Prime Example: China

14 Be sure to keep an open mind as you learn about unbelievable age! 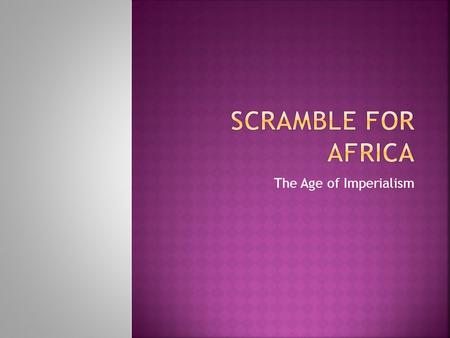 The Age of Imperialism.  The dominations by one country of the political, economic and cultural life of another country. 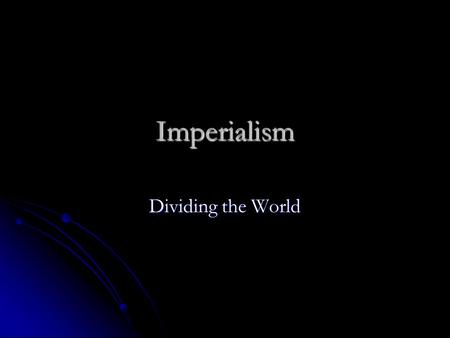 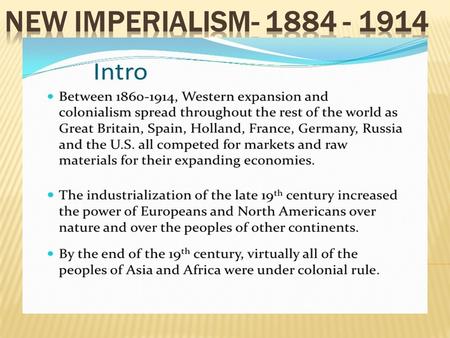 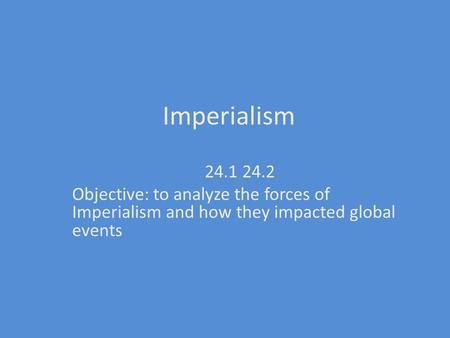 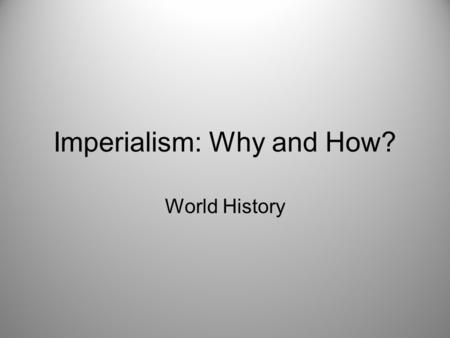