8  Missionaries believed they should Christianize the “ heathens”  Europeans felt sense of racial superiority: “ Social Darwinism” – Whites were superior & more advanced, so they needed to take care of their “little brown brothers”

14 1. Many Japanese people were unhappy with their rulers in the 19 th century because they wanted more economic & personal freedoms 2. Commodore Perry visited Japan because the US needed Japan to open its ports He accomplished getting Japan to trade 3. The powerful nobles brought these changes to Japan: copied the government, army, navy, and industries of the west 4. The new Japanese government hoped to prevent the west from taking over Japan by making Japan modern and industrial

22 French political cartoon from the late 1890s: nations “Carving China into spheres of Influence. A pie represents "Chine" (French for China): It is being divided between caricatures of Queen Victoria of Britain, William II of Germany (who is squabbling with Queen Victoria over a borderland piece, while he thrusts a knife into the pie to signify aggressive German intentions). Nicholas II of Russia, is eyeing a particular piece, the French Marianne who seems not to care. The Meiji Emperor of Japan, carefully contemplating which pieces to take. Chinese official throws up his hands to try and stop them, but is powerless.

24 12. White Man’s Burden: It was the “duty” of the white man to take care of his “little brown brothers” 13. Imperialism left hatred/distrust of the west in the rest of the world 14.Sphere of Influence: a country has the sole right to control trade of an area- China was carved into spheres of influence. 15. Imperialists viewed native peoples as inferior 16. Imperialists viewed Africa & Asia as sources of raw materials and markets for their goods

25 17. The British strengthened its political & economic control in India by playing native groups against each other 18. Westerners viewed people from the non- western world as inferior 19.Causes of New Imperialism: (See Economic; Political/Military; Social; Technological slides at beginning of power point) NOTE: The lands taken over were called COLONIES. Colonialism is a synonym for Imperialism 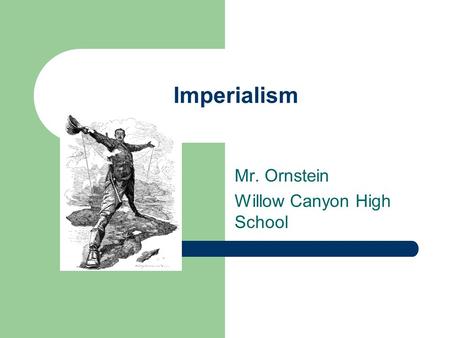 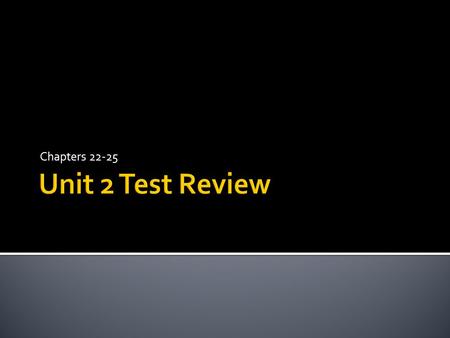 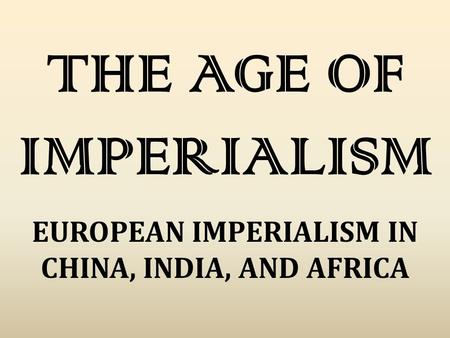 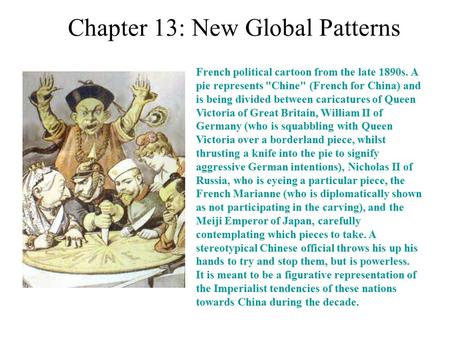 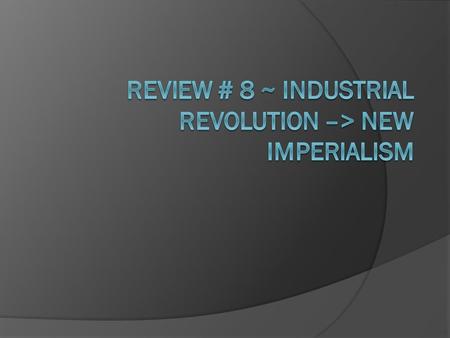 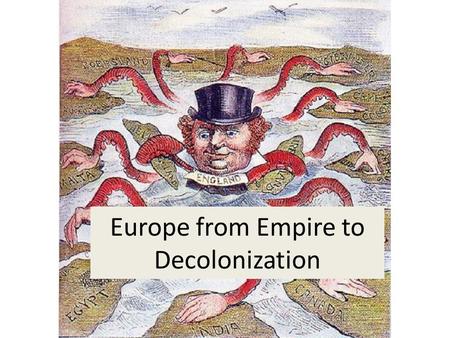 Europe from Empire to Decolonization 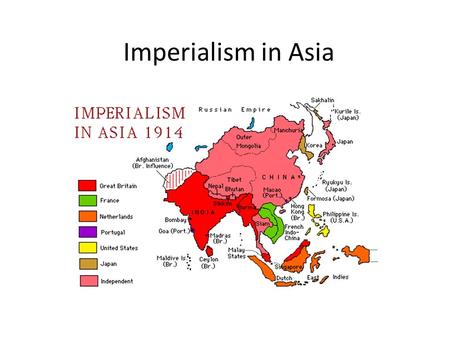 Imperialism in Asia. British Imperialism in India 1800s the British East India Company controlled a large area of India & treated it as a private colony.

+ Warm up 1. What were some of the impacts of the Industrial Revolution? 2. What do you think the word imperialism mean? Why will nations need to do this?