2 The Power of the Church Popes could crown kings, choose Clergy, & sought to control politics Clergy: religious officials enforced Canon law: religious laws that all had to obey Provided Sacraments: ceremonies needed to go to heaven

3 It was a stable, unifying force in an age of chaos.
Commoners & kings feared excommunication & eternal damnation Coat of arms of the Papacy

4 The Holy Roman Empire Patchwork of German & Italian feudal principalities which elected a German emperor who was approved by the Pope. Emperors were in constant conflict with local princes, bishops, and the pope. As a result, Germany & Italy did not unite as nations until the mid-1800s.

5 Crown of the Holy Roman Emperor.

7 Church of St. Michael in Hildescheim, Germany
Church of St. Michael in Hildescheim, Germany. It is Ottonian (German) Early Romanesque. Romanesque (meaning Roman-like) was a mixture of Byzantine and Carolingian influences. It features heavy and symetrical structures with true-rounded arches. Unlike later Gothic architecture which had ribbed vaults and pointed arches, round arches do NOT allow large windows. As a result, Romanesque structures (such as the many castles in Medieval Europe) tend to be gloomy places on the inside.

9 Lay Investiture Controversy
Greatest conflict between church & state in the Middle Ages Holy Roman Emperors & Popes fought over who got to appoint Clergy ($$$) 1075, Pope Gregory VII banned Lay Investiture The power to choose Bishops and Abbots was lucrative for secular rulers. Bishops and Abbots were positions that were associated with a lot of wealth and land. It meant that an emperor could sell the position in the clergy for money (a practice called simony). He could expand his influence over a region by having the support of the bishops. The bishops controlled access to the sacraments in their respective regions. This meant that the Emperor could use intrigue to excommunicate rivals or rebel princes, or even have them tried for heresy. Excommunication did not only ensure “eternal damnation,” but it also meant that all feudal obligations toward that individual were null and void. So once loyal nobles, bishops, princes, and knights were no longer bound by any duty to protect the person who has been “cast-out” of the church.

12 Frederick Barbarossa Tried gaining power over Italy & the Church by invasion Italian nobles & the Pope allied against him. 1176, They defeated his forces & Italy freed itself of German dominance 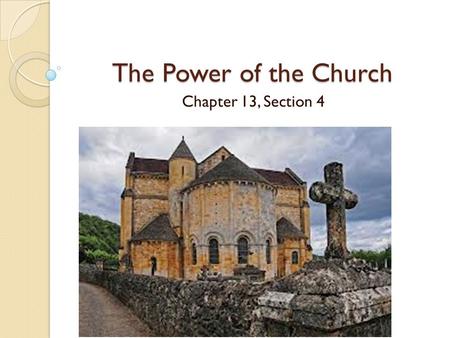 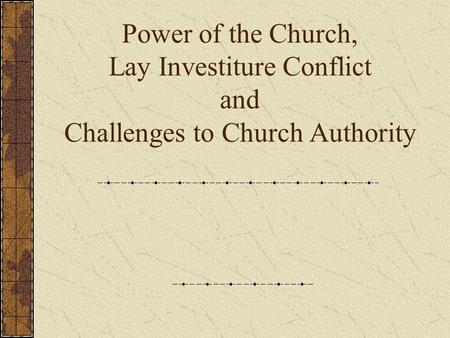