Bones of the skull.

1 Bones of the skull

3 Cranial Bones Frontal Bone: forehead and anterior portion of the top of the cranium Contains Sinuses (frontal sinus) and similar sinuses in the sphenoid, ethmoid and maxillae (called Paranasal Sinuses) Frontal Sinus joins with the parietal bone in the CORONAL SUTURE

9 Facial Bones Maxillae: (2 bones) articulate with each other
Forms floor of the orbits, roof of the mouth, floor and walls of the nose Each maxilla contains a Maxillary Sinus (largest of the paranasal sinuses)

10 Facial Bones Mandible: single bone Largest, strongest bone of the face
Articulates with the temporal bone in the only movable joint of the skull

11 Facial Bones Zygomatic: shapes the cheek (AKA malar bone)
Forms the outer margin of the orbit, and the zygomatic arch Articulates with maxillary, temporal, frontal and sphenoid bones

12 Facial Bones Nasal Bones: gives shape to the nose
Forms upper bridge of the nose Septal Cartilage forms lower portion of the nose Lacrimal Bone: has a groove for the tear duct (nasolacrimal duct) Sidewall of the nasal cavity and medial wall of orbit

13 Eye Orbits Orbital cavities contain eyes and associated muscles; important blood vessels and nerves; and lacrimal duct Orbital walls are generally very thin and fragile Palatine Bones form the base of the orbits and the roof of the hard palate

14 Fetal Skull Very different from adult skulls
Placement of bones allows for change of shape during birth Fontanels: allow for molding of head shape during birth; rapid brain development without increasing intracranial pressure (do not close until adult size is reached) 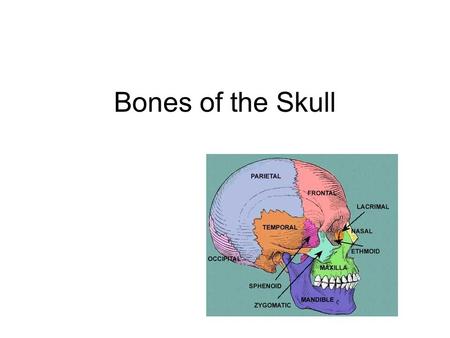 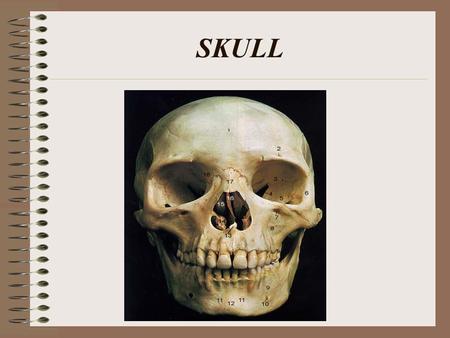 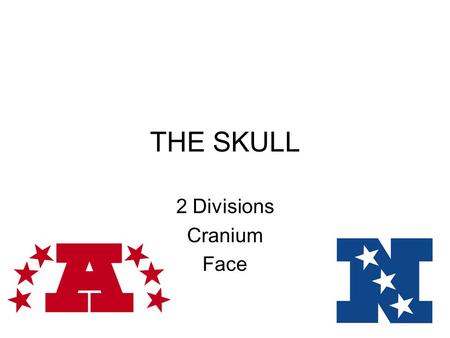 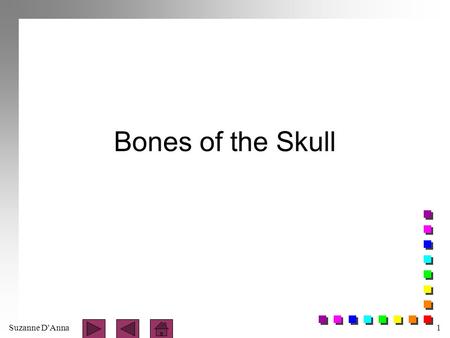 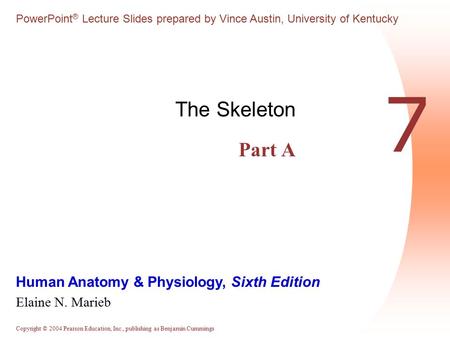 The Skeleton Part A 7. 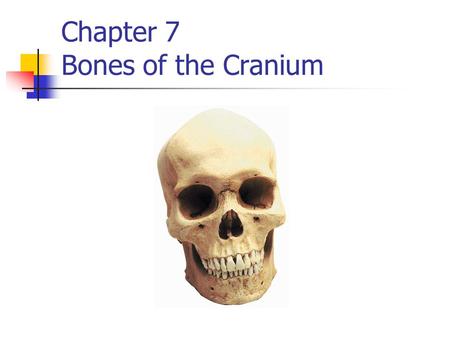 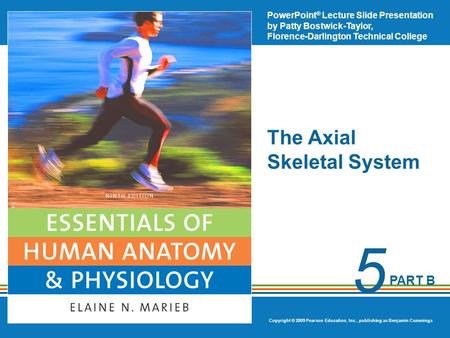 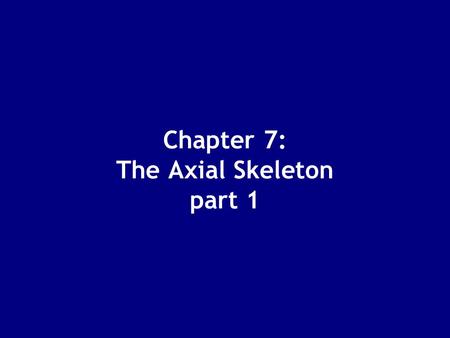 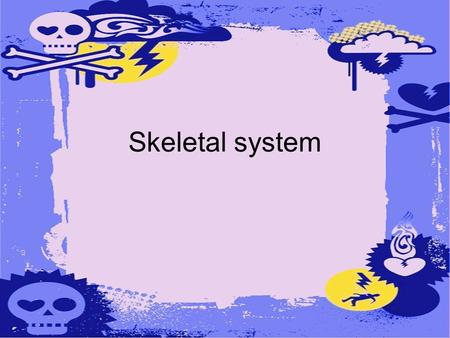 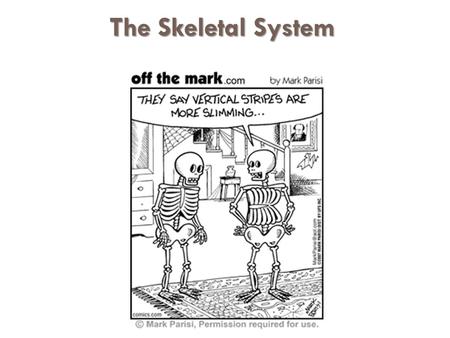 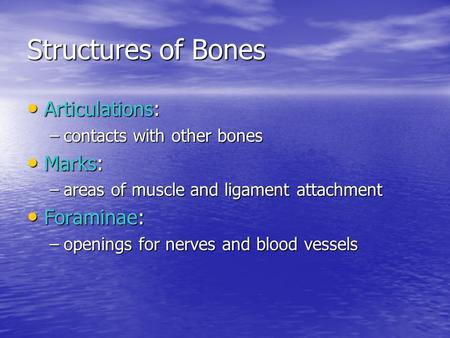 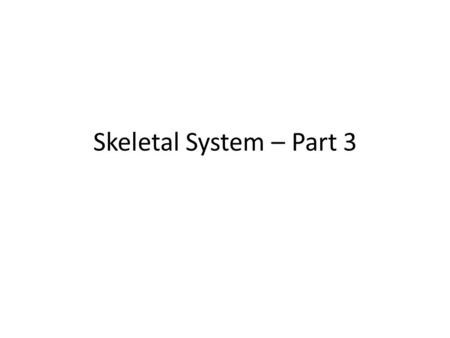 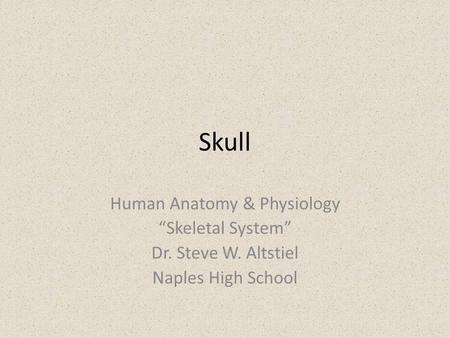 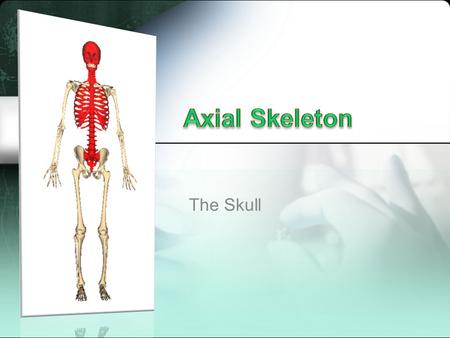 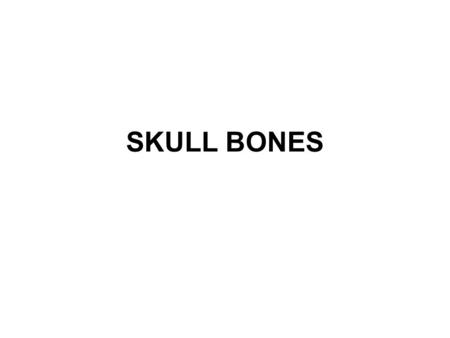 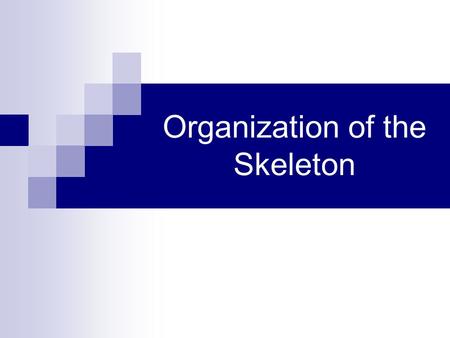 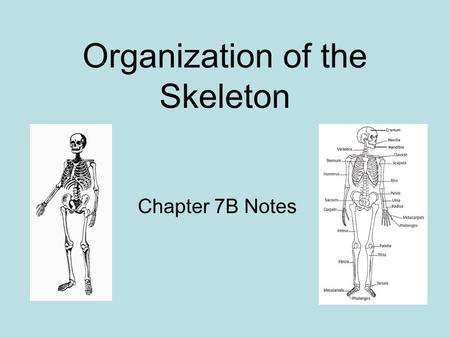 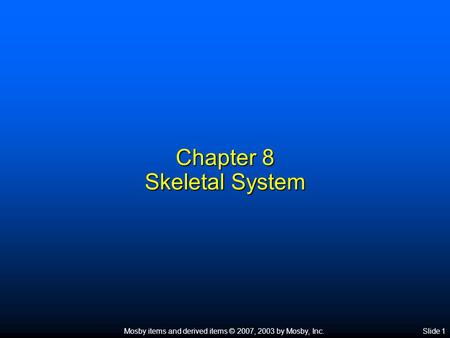 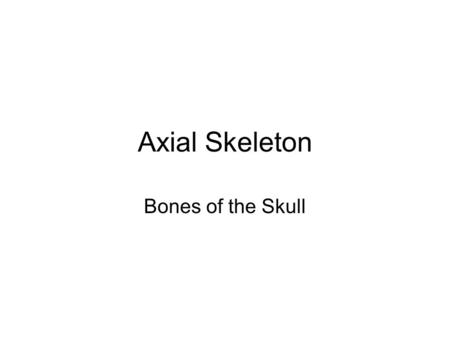 Axial Skeleton Bones of the Skull. 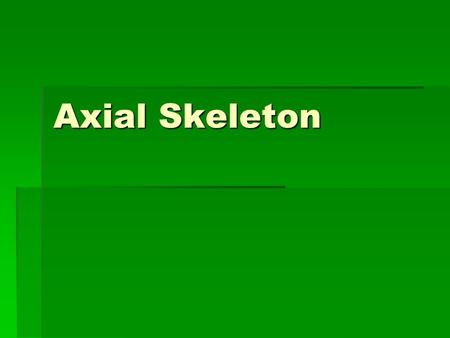