Presentation on theme: "China’s Ancient Philosophies Legalism Confucianism Daoism What is a philosophy? A study of basic truths and ideas about the universe Christina Thomas:"— Presentation transcript:

1 China’s Ancient Philosophies Legalism Confucianism Daoism What is a philosophy? A study of basic truths and ideas about the universe Christina Thomas:

2 Legalism What is it? Why did it come about? Legalism stresses the strict use of laws to control behavior –Beliefs: Humans are innately wicked Humans are only good when forced Harsh punishments Strict laws

3 Legalism Government Shang Yang wanted to forced people to report lawbreakers People that didn’t report should be chopped in two Reward those that do well (token economy) Ruled for a short time in Qin Dynasty Many scholars were killed and many books were destroyed, especially those that represented Confucianism thought

4 Confucianism respect between all people Recorded all ideas in Analects which tells his teachings ( beliefs) Belief that government should set an example http://www.wsu.edu:8080/~wldciv/world_civ_rea der/world_civ_reader_1/filial.html

5 Five Relationships each have TWO basic components: conduct in family and society Father and Son Elder brother and junior brother Husband and wife Friend and friend Ruler and subject

7 Humans have to learn with nature and inner feelings Yin and Yang –Black stands for all that is cold, dark, mysterious –White stands for warm, bright and light –Always changing and evolving

Download ppt "China’s Ancient Philosophies Legalism Confucianism Daoism What is a philosophy? A study of basic truths and ideas about the universe Christina Thomas:" 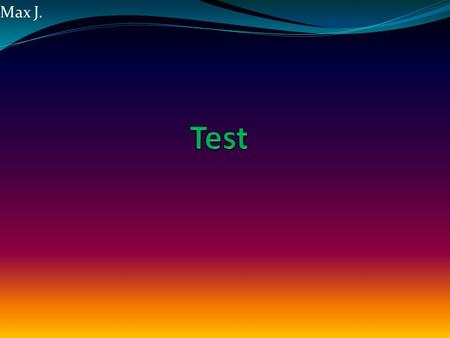 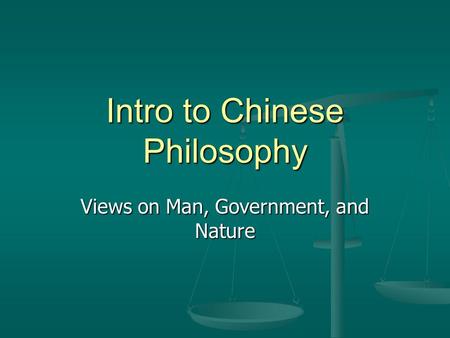 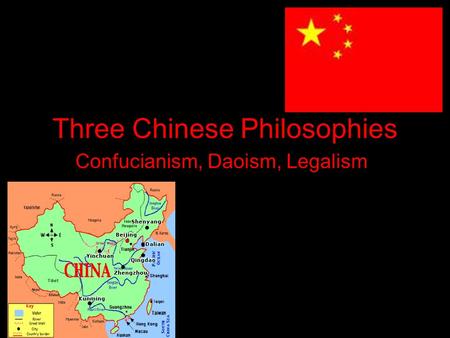 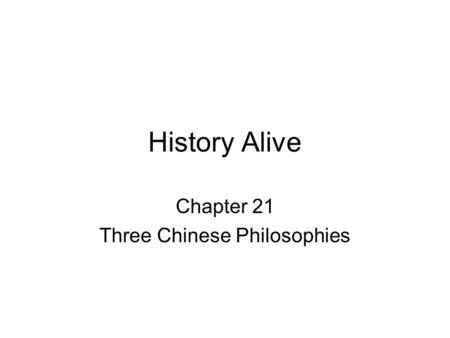