Presentation on theme: "The constitution is known as “The _________ Law of the Land”"— Presentation transcript:

3 What is Supreme? (Laws that are unconstiutional are not allowed)

4 What are the three branches of the U.S. government?

6 The Constitution is divided into sections or these.

8 Those who were against signing the Constitution were known as

9 Who are the Anti-Federalists?

10 This state did not send deputies to the Constitutional Convention.

11 What is Rhode Island?

12 This man is the father of the Constitution

14 This branch of government Declares war

15 What is Legislative? (Federal Power)

17 Who is the President?

18 This branch declares a law unconstitutional

19 What is the judicial branch?

20 The President, VP, and Cabinet make up this branch

21 What is the executive?

22 This house of Congress tries A person if impeached

24 The first form of American Government was?

25 What are the Articles of Confederation?

28 This was final result of a debate between large and small states at the Constitutional Convention.

29 What is the Great Compromise

30 Those who favored ratification of the Constitution were called_____.

32 This compromise helped settle How slaves were to be counted

34 Congress created a two house Legislature also known as this

37 What are judges? Life term

39 Who are the president and senate? *9 Total Justices including the Chief Justice

41 What are checks and balances

42 To ratify an amendment, this Majority is needed in Congress

46 This amendment guarantees The right to bear arms

49 What is the Eighth Amendment?

50 This amendment grants no double jeopardy

54 Whose job is it to make decisions about Declaring War, Coining Money and establishing post offices?

55 What are Federal Powers?

57 What are the Bill of Rights?

58 What is the main idea of the preamble?

59 To state the purpose or goals of the Constitution

60 What were 3 weaknesses of under the Articles of Confederation?

61 1. No executive Branch 2. Only 1 vote per state regardless of population 3. Could not collect taxes from the people 4. Congress made up of one house 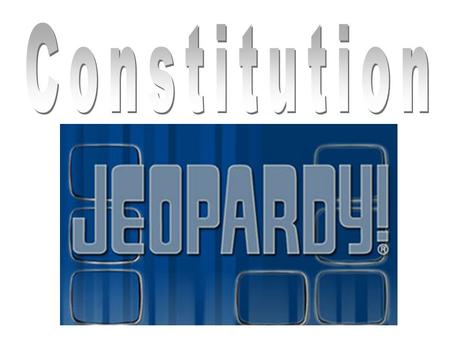 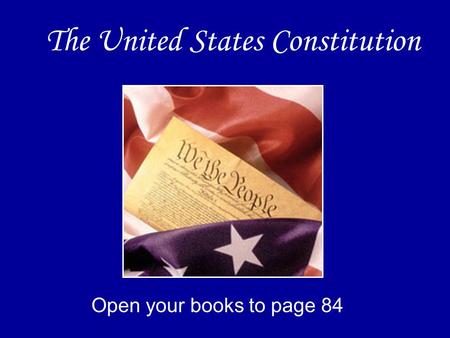 The United States Constitution Open your books to page 84. 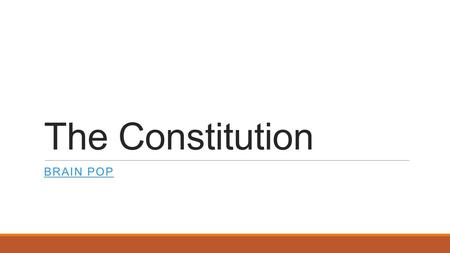