6 Contractions A contraction is a word formed by joining two other words. An apostrophe shows where a letter of letters have been omitted. EX: she will = she’ll *Exception is won’t (will not)

11 SUBJECTS The “do-er” of the action. Every sentence MUST have a subject. COMPLETE: includes all the words that tell who or what the sentence is about. SIMPLE: the main word in the complete subject. COMPOUND: is made up of two or more simple subjects.

12 PREDICATES The action (or verb) itself. Every sentence must have a predicate (as well as a subject). COMPLETE: includes all the words that state the action or condition of the subject. SIMPLE: a verb within the complete predicate. COMPOUND: is made up of two or more simple predicates.

14 CLAUSES A clause is a group of words that contain a subject and a predicate. There are 2 kinds of clauses. 1- The Independent Clause 2- The Subordinate Clause

15 Independent Clause Can stand alone as a sentence because it expresses a complete thought. EX: (The students came) in when the bell rang.

16 Subordinate Clause This clause has a subject and a predicate but cannot stand alone as a sentence because it does not express a complete thought. A subordinate clause must be combined with an independent clause to make a sentence EX: The stamp (that I bought) was already in my collection.

18 Relative Pronouns Relates an adjective clause to the noun or pronoun that the clause modifies. -Who -Whose -Which -That EX: The coat (that I bought) was on sale.

19 Types of Subordinate Clauses (cont.)
2- Adverb Subordinate Clause A subordinate clause that modifies a verb, an adjective or another adverb. It answers the adverb question how? under what condition? or why? Most adverb clauses begin with a subordinating conjunction.

20 Subordinating Conjunctions
The ‘joining’ words that introduce adverb clauses. -When -Because -After -Although -Before -Since

21 Now that we understand clauses, we can begin to understand the different ways to join together clauses to add interest to our writing.

22 Simple Sentences (ind.)
Contains only one independent clause. The subject, predicate or both may be compound. EX: The courthouse is the oldest building in town. Gale and Louise are making costumes and dressing up.

24 Compound Sentences (cont.)
Pay attention to how commas are used in these sentences! EX: Jack brought the chairs, but Mary forgot the extra table. The music started; the dance had begun. We can wait for Jesper, or we can go on ahead.

25 Complex Sentences (ind. + sub.)
Contains one independent clause and one or more subordinate clauses. EX: The person (who helps me carry these) gets some dessert. The shadows (that had fallen between the trees) were a deep purple.

26 Complex-Compound Sentences (ind. + ind. + sub.)
Consists of two or more independent clauses and one or more subordinate clauses. EX: Magda stayed at my house because she lost her keys, and her parents were not home. 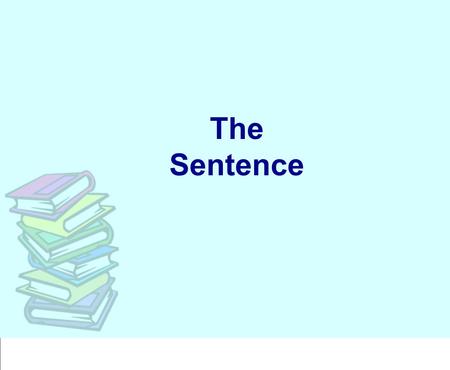 The Sentence. Parts of a Sentence Subject + Predicate = Sentence. 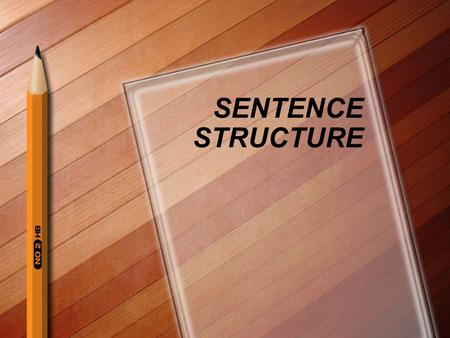