2 Main Idea Towns and villages were developing… feudalism was weakening…
These changes led to more centralized government and the development of nations England and France were the first nations in Europe to develop a strong, unified government

3 Invasions in England The island of Britain had been invaded for centuries William the Conqueror: claimed the English crown and invaded England Won the Battle of Hastings, changing English history United the lands and laid the foundation for centralized government in England

5 England’s Government Over the next two centuries, English kings had two goals: Expand control of French lands! Strengthen their own power over the nobles & the Church Henry II: strengthened the justice system by sending out royal judges to every part of England at least once a year

6 English Government, cont.
The concept of a jury emerges… jury trials became a way to settle disputes Case by case, the rulings of England’s royal judges became known as common law; our legal system is based on this! Parliament, a legislative (law-making) group, was created; England and many other countries still use this system

7 The Magna Carta Richard the Lion Hearted, son of Henry II, took the throne, followed by his younger brother “John Softsword” John Softsword was a terrible leader & abused his power! Nobles revolted and forced him to sign the most famous document in English history: The Magna Carta

8 Magna Carta, continued LIMITS THE KING’S POWER!
Everyone must obey laws, even the king Guarantees basic political rights, including: no taxation without representation and a jury trial Set up basic legal rights for England & the United States!

9 Beginning of Democracy
England and France were beginning to establish democracies Based on centralized government that would be able to govern widespread land Common law & court systems were a first step toward increased central government power However, before England & France could move forward in this direction, they had to deal with a century of turmoil… including religious disputes, plague, and war! 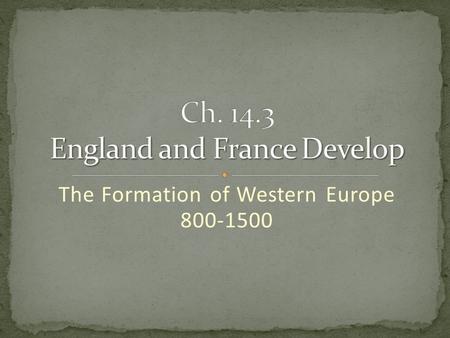 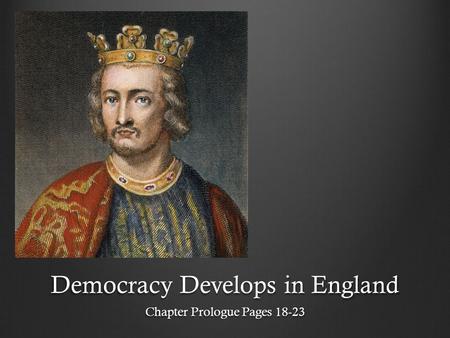 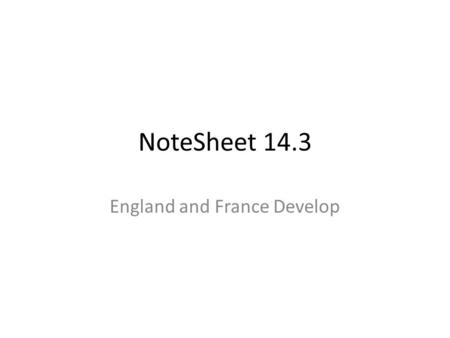 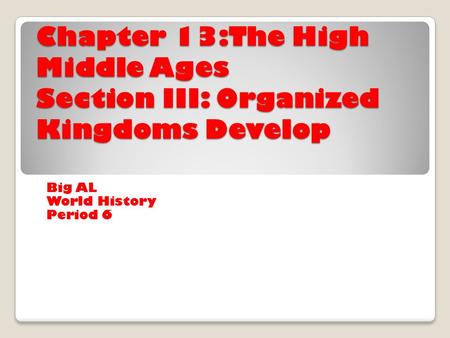