2 What is Ecology? The scientific study of:
Interactions among organisms Interactions between organisms and their environment Biosphere – portions of the Earth where life exists (land, water, and air)

22 Evolution of Populations
Directional selection - form of natural selection in which the entire curve moves; occurs when individuals at one end of a distribution curve have higher fitness than individuals in the middle or at the other end of the curve

24 Evolution of Populations
Disruptive selection - form of natural selection in which a single curve splits into two; occurs when individuals at the upper and lower ends of a distribution curve have higher fitness than individuals near the middle 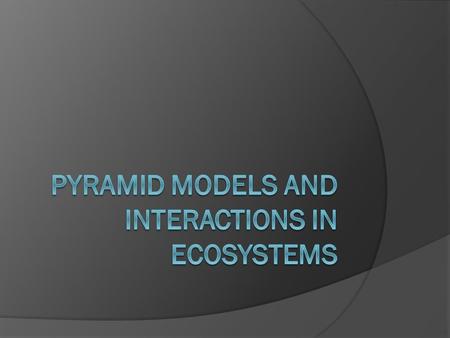