Presentation on theme: "General Ecology Terms 1. Biotic of or relating to life; caused or produced by living beings. Ex. plants, animals, any organism. 2. Community all the populations."— Presentation transcript:

1 General Ecology Terms 1. Biotic of or relating to life; caused or produced by living beings. Ex. plants, animals, any organism. 2. Community all the populations of organisms living in a given area. 3. Consumer There are two kinds: Primary consumers are organisms that eat plants. Secondary consumers are organisms that eat animals that eat plants. Also called carnivores. 4. Decomposers An organism that feeds on dead material and causes its mechanical or chemical breakdown. For example: Fungi and bacteria are decomposers. 5. Ecosystem All the living organisms interacting with each other and the non-living characteristics of an area. 6. Habitat A native environment of an animal or plant which provides food, water, shelter and space suitable to its needs. 7. Limited factor The condition which inhibits the expansion of a species. 8. Populations individuals of one species that occupies a particular geographic area 9. Producer Green plants that produce their own food from soil and sunlight. 10. Succession The gradual change of one community by another.

2 Ecology Terms 11. organic Pertaining to compounds containing carbon. Also refers to living things or the materials made by living things. 12. inorganic Not containing carbon. Not from living things. Ex., minerals, water, oxygen, etc. 13. biosphere The portion of the earth and its atmosphere in which living organisms exist or that is capable of supporting life. 14. heterotroph "eats others." An organism that must consume other organisms to fuel its metabolism 15. autotroph "self eater." Organisms capable of producing their own food.

16 Biotic Factors Biotic relating to, or caused by living organisms
Biotic factor Factors such as parasitism, disease, competition and predation (one animal eating another) would also be classified as biotic factors.

17 Abiotic Factors refers to nonliving objects, substances or processes.
: The abiotic factors of the environment include light, temperature, and atmospheric gases.

18 Symbiosis - Organisms and their interactions with other organisms
Parasitism-relationship in which one species, the parasite, benefits at the expense of the other, the host

20 Symbiosis - Commensalism
relationship between two organisms of different species in which one derives some benefit while the other is unaffected.

21 Succession The gradual and orderly process of change in an ecosystem brought about by the progressive replacement of one community by another until a stable climax community is established.   * Lichens*

24 Growth of Populations To study the relationships between organisms, ecologists need to know how organisms change over time. How many individuals are born? How many die? How many organisms live in an area at any given time? To answer these questions, ecologist study populations.

25 Exponential growth Growth is accelerating. When introduced into a favorable environment with an abundance of resources, a small population may undergo geometric, or exponential growth.

28 Density Dependent Factors
Become limiting only when the population density (the number of organism per unit area) reaches a certain level. These factors operate most strongly when a population is large and dense They do not affect small, scattered populations greatly. Predation

29 Density Independent Factors
Affect all populations in similar ways, regardless of the population size Unusual weather, natural disasters, seasonal cycle, and certain human activities, such as damming rivers and clear-cutting forests are all examples of density-independent limiting factors Tsunami

Download ppt "General Ecology Terms 1. Biotic of or relating to life; caused or produced by living beings. Ex. plants, animals, any organism. 2. Community all the populations." 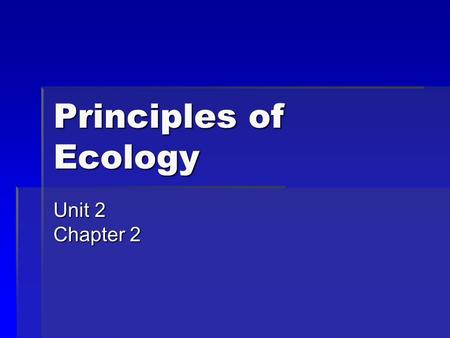 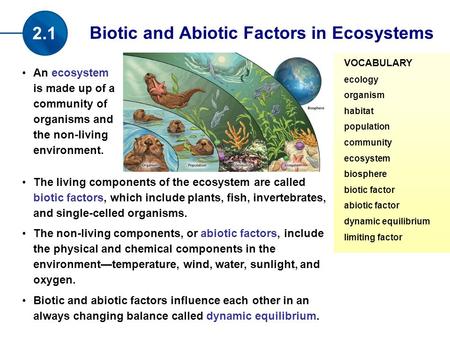 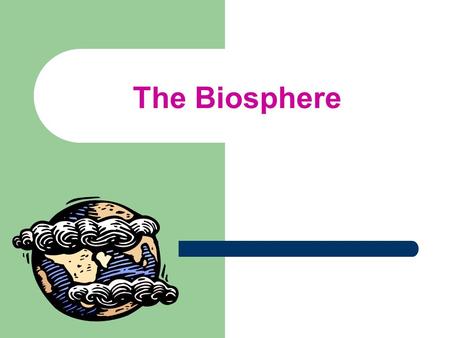 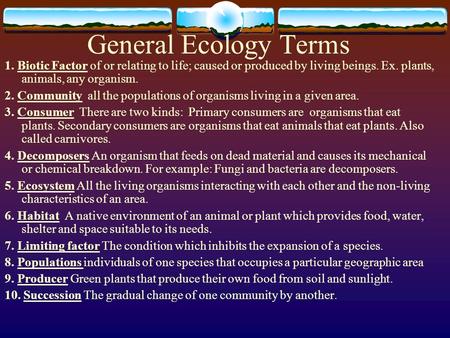 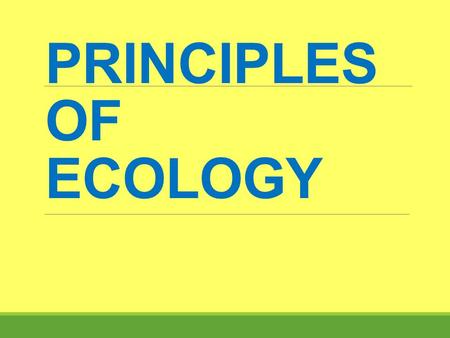 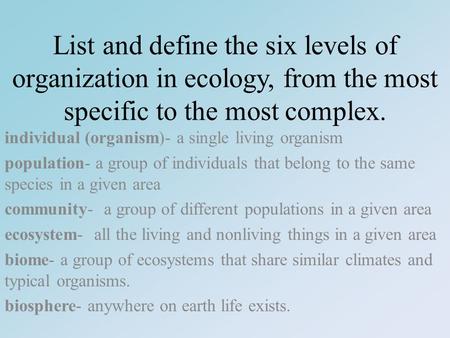