Presentation on theme: "Capitalization and Punctuation Take Notes!. Why? Writers use capital letters and punctuation marks to help the reader better understand what is written."— Presentation transcript:

5 Capital Letters 3. The pronoun I is always capitalized. I don ’ t need your help. My aunt and I picked up the papers.

6 Capital Letters 4. Capitalize proper nouns and proper adjectives. (A capital letter begins the first, last, and any important word in the title of a book, magazine, song, movie, poem, or other work.) Read the last chapter of T om S awyer. She saw S now W hite when she was five years old.

7 Punctuation: Period A complete sentence that makes a statement ends with a period. It ’ s your birthday. You blow out the candle.

9 Punctuation: Question Mark A question ends with a question mark. When will you be finished ?

10 Punctuation: Exclamation Mark A statement expression strong feeling or excitement ends with an exclamation mark. What a beautiful day it is !

12 Punctuation: Comma 1. A comma separates things in a series. (but not if already separated by and or or) I ate pizza, a burger, and ice cream.

13 Punctuation: Comma 2. A comma is used for two or more adjectives that come before a noun. EX: I’ll drink cool, refreshing orange juice.

14 Punctuation: Comma 3. A comma comes before the conjunction that connects independent clauses. She finished her work, and then she went to bed.

15 Punctuation: Comma 4. A comma separates an interruption from the rest of the sentence. Mr. Walker, our teacher, was happy.

16 5. A comma comes after introductory elements A) an exclamatory word, including “why”, “yes”, “no”, and “well”. B) an introductory phrase Ex: Switching on the flashlight, he crept into the room. C) after a series of introductory prepositional phrases EX: By the end of the train ride, the children were exhausted.

18 Punctuation: Comma 7. A comma separates quoted words from the rest of the sentence. “ I wanted to go, ” she remarked.

20 Punctuation: Semicolon Use to separate independent clauses or items in a list if there are already commas in them (so it’s not comma-crazy). Alana, Eric, and Kim voted for her; and Scott and Vanessa voted for Jason. I have postcards from Paris, France; Rome, Italy; and London, England.

21 Punctuation: Colon 1. A colon shows the reader that a list or explanation follows. (It means “note what follows!”) I will need the following items : scissors, paper, glue, and paint.

22 Punctuation: Colon 2. Use a colon before a long quote or long, formal statement. Horace Mann had this to say: “Do not think of knocking out another person’s brains because he differs in opinion from you. It would be as rational to knock yourself on the head because you differ from yourself ten years ago.”

23 Punctuation: Quotation Marks Quotation marks are used to identify the exact words of a speaker (and the next word will be capitalized). President Bush said, “ We will not tire, we will not falter, and we will not fail. ”

25 Italics Use underlining or italics for titles of things, like books, plays, films, art, television programs, ships, aircraft, etc. The Terminator Everybody Loves Raymond Catcher in the Rye The Great Gatsby

26 Apostrophes SHOWS POSSESSIVE For a singular noun, add apostrophe and “s”. the mayor’s desk For a noun that ends in s, only add an apostrophe. the birds’ feathers Jesus’ sandals SHOWS A CONTRACTION Who’s at the door? Why aren’t they here yet?

27 Apostrophes Use for plurals of numbers, letter, and symbols. When you write, your U’s look like V’s.

28 Punctuation rap is a game we play. It ’ s fun to do, and we can learn that way. Take the period, the period; he ’ s not hard to understand. You ’ ll find him at the end of a sentence or command. He marks abbreviations, shortens words that are long. Don ’ t forget the period, he ’ s small but strong. Question mark, question mark, what did you say? He follows a question, that ’ s the only way. Wow! Awesome! Rad! Hurray! The exclamation point is next; he ’ s got something to say. He follows something loud, he ’ s excited to play. Don ’ t use him too much, he won ’ t be special that way. The comma is next, he is used a lot He can separate a list of some groceries you bought You ’ ll find him in the middle of the year and the date, Between two adjectives, or a city and state. You can join two sentences with a “ but ” or an “ and ” Just remember the comma, he will give you a hand. There is one more place that our comma has been, He comes after a clause that tells you when. The dash-the dash-he ’ s here, then he ’ s gone. If you need to make a pause, then you bring him along. Quotation marks are nosey. They have no reservations About hanging around in any conversation, You must put quotes around a thing that is said, And also a poem or a story you ’ ve read. The colon likes to show a list that will come, His brother, the “ semi ” will not be outdone. The semicolon joins two sentences with no, and If you have too many commas, he can take a stand. Punctuation Rap

Download ppt "Capitalization and Punctuation Take Notes!. Why? Writers use capital letters and punctuation marks to help the reader better understand what is written." 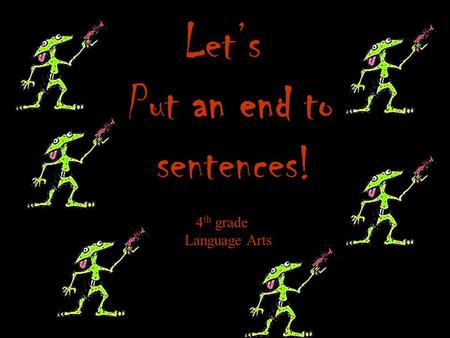 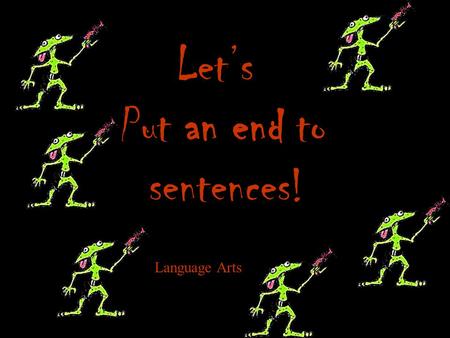 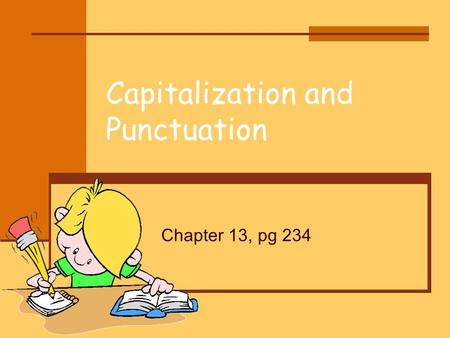 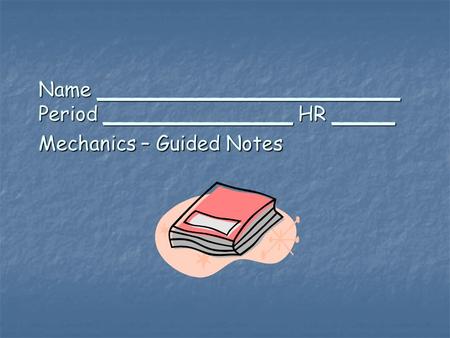 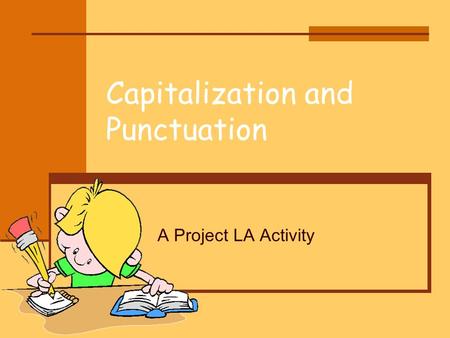