3 Aim Students will be able to describe how the Four Varnas impacted India’s first empires.

5 The Caste System In the system, every Indian was believed to be born into a caste based on occupation and family lineage. A caste determined what jobs people could have, whom they could marry, and what groups they could socialize with Higher castes were believed to have greater religious purity and castes at the bottom were seen as impure. Lower group-Untouchables- people who were viewed as impure. Untouchables- given tasks like handling dead bodies

6 Hinduism Origins with the Aryan people
Evidence of religion comes from Vedas- collections of hymns and religious ceremonies Brahmin- single force in the universe Atman- duty of the individual to seek the ultimate reality One achieves Brahmin through the use and performance of yoga.

7 Aim Students will be able to describe the teachings and principles of Hinduism.

8 Yoga Yoga- a method of training developed by the Hindus that is supposed to lead to oneness with Brahman Four types: Path of Knowledge Path of Love Path of Work Path of Meditation Ultimate goal- leave behind the cycle of earthly life and achieve the spiritual union of the individual soul with the Great World Soul- Brahman

9 Polytheistic Believed in many gods (three chief gods)- Brahma the Creator, Vishnu the Preserver, and Shiva the Destroyer Hindus sought not only salvation but also a means of gaining ordinary things they need in life

11 Principles of Hinduism
The concept of karma is ruled by the dharma- divine law Dharma requires all people to do their duty. Dharma duties are closely linked to the social class structure

12 Sacred Texts Hinduism has no holy book but texts that have the beliefs of Hinduism. Three books: Upanishads, the Bhagavad-Gita, and the Verdas

13 Aim Students will be able to explain the geography of India as well as the Buddhism religion.

18 Who are the Aryans? Aryans were nomadic people
Excelled in the art of war Set foundation for Hindu religion The period of time when the Hindu religion was founded: Vedic Age

21 Siddhartha Gautama Founder of Buddhism
Siddhartha Gautama came from a small kingdom- son of a princely family. Appeared to have everything: wealth, good appearance, model wife, child, a throne that would be his. Became aware of the pain and suffering of the world. Decided to leave his luxurious life to seek the cure for human suffering

23 Siddhartha Gautama Abused his physical body
Came very close to dying from not eating Practiced ascetics- self-denial to achieve ultimate reality One day he was enlightened and spent the rest of his life preaching what he discovered. The teachings became the basic principles of Buddhism

24 Principles of Buddhism
Believed that the physical surroundings were an illusion Pain, poverty, and sorrow were cased by human attachment to things Goal: achieve nirvana- ultimate reality- the end of the self and a reunion with the Great World Soul

26 Middle Path (Eightfold Path)
1. Right view- we need to know the Four Noble Truths 2. Right intention- we need to decide what we really want 3. Right speech- we must seek to speak truth and to speak well of others. 4. Right action- do not kill, do not steal, do not life, do not consume alcohol or drugs. 5. Right livelihood- we must do work that uplifts us

27 Middle Path (Eightfold Path)
6. Right effort 7. Right mindfulness- we must keep our minds in control of our senses 8. Right concentration- we must meditate to see the world in a new way

41 Government in the Gupta Empire
Maintained a strong central government Gave power to local leaders The local leaders were elected by merchants and artisans Each village had a headman and council who made decisions for the village In earlier times, women were allowed to serve on councils. Overtime, Hindu law placed greater restrictions on women

43 **Overall Indian Family Life**
Patriarchal- father or oldest male was the head of the household Children learned the family trade or worked the fields like their parents Arrange marriage Women’s roles were restricted over time. Upper class women were restricted to their homes and had to be covered from head to toe Lower class women were to work in the fields or did spinning 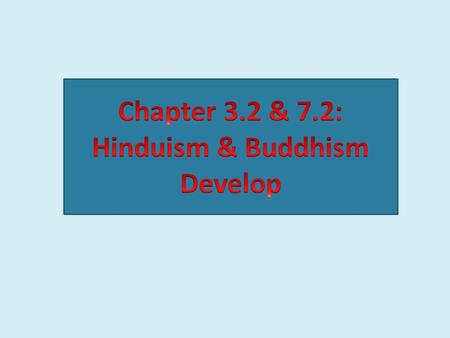 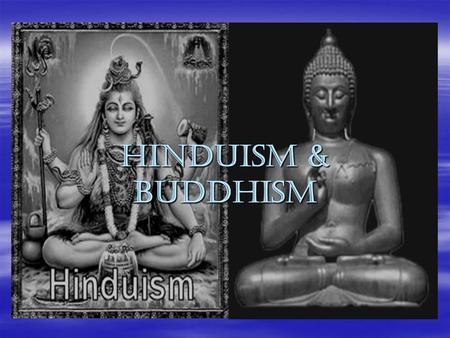 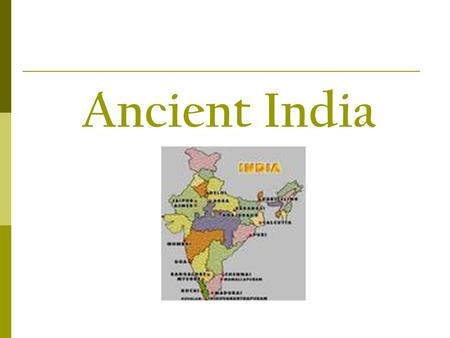 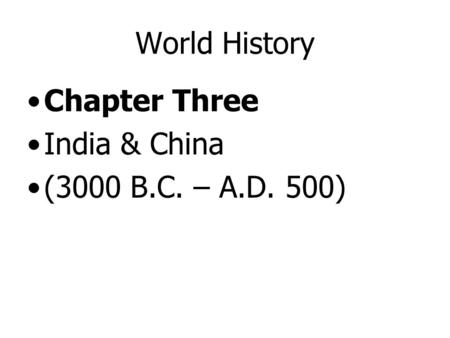 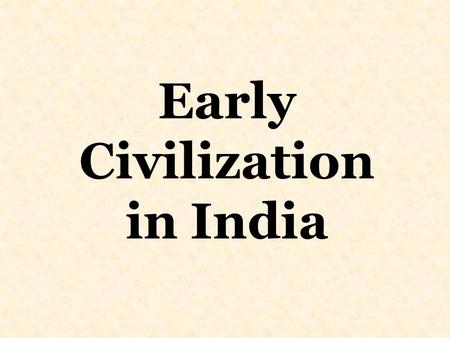