2 Hinduism No single founder No single sacred text.
Grew out of various groups in India: The Aryans added their religious beliefs to those of the Indus Valley. Our of all its complexity, though, there are certain basic beliefs…

3 Hindu Beliefs… God is one, but is known by many names.
Everything in the universe is part of the unchanging, all-powerful force called Brahman. Brahman is too complex for most people to understand. They worship gods that give a concrete form to Brahman. Gods are Brahma the Creator; Vishnu the preserver, Shiva, the destroyer All are aspects of Brahman Every person has an essential life, or atman.

4 More Hindu beliefs But even the atman is just another name for Brahman. The ultimate goal is to attain moksha, union with Brahman. Since this usually takes more than one lifetime, Hindus believe in reincarnation. Reincarnation is the rebirth of the soul in another bodily form. Samsara. Karma; your good or bad deeds affect one’s future, and the future of those around one, for good or suffering

10 More Hindu Beliefs… All existence is ranked: Brahman, humans, animals, plants, things. To help escape the wheel of fate, dharma, religious duties, can help one acquire merit for the next life. Vedas and Upanishads are sacred texts. The BhagavadGita spells out many ethical ideas. Ahimsa is another key principle of Hinduism; nonviolence.

11 Buddha Gautama Buddha, from the foothills of the Himalayas, founded a new religion. Gautama born about 566 BC He saw for the first time in his protected environment, a sick person, an older person, and a dead person. Gautama left a happy married life to discover the realm of life “where there is neither suffering or death.”

12 Buddha… He meditated and fasted. For 48 days he meditated in one place. He believed he understood the cure for suffering and sorrow; he was now Buddha. The Four Noble Truths are the heart of Buddhism: All life is full of suffering, pain and sorrow. The cause of suffering is the desire for things that are really illusions, such as riches, power and long life. The only cure for suffering is to overcome desire. The way to overcome desire is to follow the Eightfold Path

14 Buddhism Final goal of Buddhism is nirvana, union with the universe and release from the cycle of rebirth. Buddhism and Hinduism agree on karma, dharma, moksha and reincarnation. They are different in that Buddhism rejects the priests of Hinduism, the formal rituals, and the caste system. Buddha urged people to seek enlightenment through meditation. 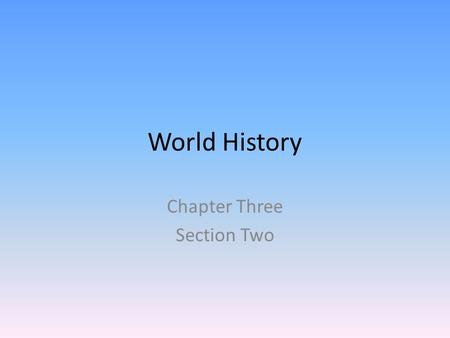