Presentation on theme: "Elvis said, “I don’t know anything about music. In my line, you don’t have to”"— Presentation transcript:

2 Elvis said, “I don’t know anything about music. In my line, you don’t have to”

3 Quoted speech tells who said something and what they said. We use quoted speech for the exact words someone uses. We use it in novels, stories and newspaper articles.

8 Time and place expressions can change in reported speech. now today, tonight yesterday tomorrow this week last / next week two weeks ago here in this place then, at that time that day, that night the day before the next day that week the week before / after two weeks before there in that place

10 Reported questions The president of the company wanted to know why nobody had finished the report.

11  We use verbs like ask, inquire, wonder or the expresssion want to know to report questions. We do not use say or tell. “Where do you live?”, she asked me. She asked me/wanted to know/wondered where I lived.  When the question begins with a wh- word- when, where, what, how, …, the noun clause in the reported question begins with the same word. He asked me, “What do you want?” He asked me what I wanted.

13 Write the following conversation in reported questions. 1. Can you speak English? She asked me if I could speak English. 2. Where do you want to go? She asked me where I wanted to go. 3. Have you got a map? She inquired if I had a map. 4. Have you seen Buckingham Palace? She asked if I had seen … 5. Is this your first time in London? She wanted to know if that was my first time in London. 6. How long are you going to stay? She asked how long I was going to stay. 7. Would you like to have a cup of tea? She asked me if I would like to have a cup of tea.

14 Reported commands The man said, “Stop.” The man told me to stop.

15 Reported commands  To report commands, we can use a reporting verb like tell or order + someone + (not) infinitive. “Don’t talk!” the teacher said to us. The teacher told us not to talk. “Stay in the car,” the police officer said. The police officer ordered us to stay in the car.  We can report commands with the reporting verb ask. “Wait a minute, please,” Ted said. Ted asked me to wait a minute.

16 Report the speaker’s words. 1. “Don´t leave your job,” my father said. My father told me not to leave my job. 2. “Write your essay,” the teacher said. The teacher told us to write our essay. 3. “Please, give me the key to the car,” Mary said to her brother. Mary asked her brother to give her the … 4. “Please, don’t tell Dad,” Mary told Steve. Mary asked Steve not to tell Dad. 5. Paul said to his mother, “Don’t touch my CD player.” Paul told her mother not to touch his CD player. 6. “Sit down, please,” the interviewer said. The interviewer asked me to sit down.

Download ppt "Elvis said, “I don’t know anything about music. In my line, you don’t have to”" 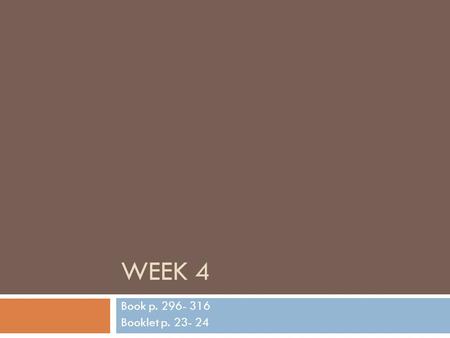 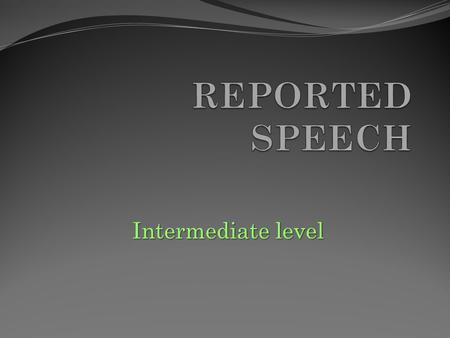