5 Backshift of tenses from to Simple Present Simple Past Past Perfect Present Perfect will would The verbs could, should, would, might, must, needn’t, ought to, used to do not normally change. Example: He said, “She might be right.” – He said that she might be right.

6 Shifting of expressions of time
Peter: "I worked in the garden yesterday." Peter said that he had worked in the garden the day before. this (evening) that (evening) today/this day that day these (days) those (days) now then (a week) ago (a week) before last weekend the weekend before / the previous weekend here there next (week) the following (week) tomorrow the next/following day

7 Reported questions If you put a question into Reported speech there are some steps which are the same like in statements: changing of the person, backshift of tenses, changing of expressions of time. In Reported speech there is no question anymore, the sentence becomes a statement. That's why the word order is: subject - verb Question without question words (yes/no questions): Peter: "Do you play football?" - Peter asked me whether (if) I played football. Question with question words: Peter: "When do you play football?" - Peter asked me when I played football.

9 Requests The basic rule for requests is: introductory clause + ‚to‘ + infinite verb. Example: “Say hello to your mum.“ She asked me to say hello to my mum. Advise expressions with must, should and ought are usually reported using advise / urge. Example: “You must read that book.“ He advised / urged me to read that book. The expression let’s is usually reported using suggest. In this case, there are various possibilities for reported speech: gerund or statement with should. Example: “Let’s go to the cinema.“ He suggested going to the cinema. He suggested that we should go.to the cinema. 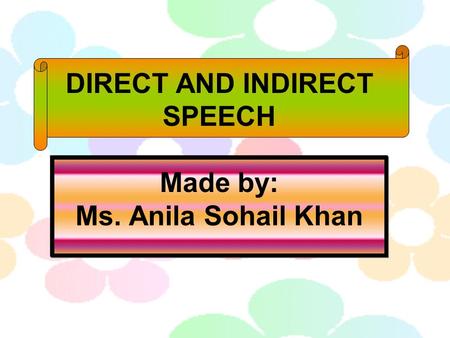 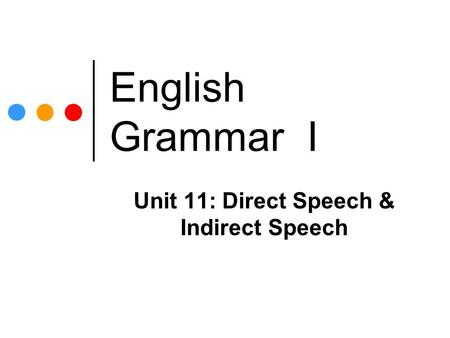