Presentation on theme: "CHW 3M The Triumph of Octavian. Review (Don’t write this down) In the last lesson, you learned about how Caesar began to rebuild Rome Reduced debt (cancelled."— Presentation transcript:

1 CHW 3M The Triumph of Octavian

2 Review (Don’t write this down) In the last lesson, you learned about how Caesar began to rebuild Rome Reduced debt (cancelled interest, new laws about repaying debts Created new infrastructure (new construction projects created jobs) Inspired loyalty (extending citizenship to other lands, and skilled professionals) Was assassinated! (By those who feared his power, reforms)

3 What Would You Do If.......You had unlimited power? What would be the best choice, for YOU and the WORLD? Three powerful leaders of Rome had different approaches to these questions. 1.Sulla – Give up power Voluntarily retired after wiping out opposition to Senate Nice idea, but weak government leads to civil war and chaos (generals take control – First Triumvirate) 2.Julius Caesar – Hold on to power Provided strong leadership, excellent reforms Assassinated by those who feared his power 3.Octavian – What would he do?

5 Octavian Gains Power Distrust and Paranoia Triumvirate quickly wipe out all opposition (Cicero), then turn on each other Lepidus tries to claim Sicily, but troops desert to Octavian (why?) Antony falls in love with Cleopatra, together try to create new Eastern empire However, tricky Octavian stirs Romans against Antony Accuses him of immorality and desertion – leaving Rome behind for the Queen of Egypt Solders desert to Octavian, Antony and Cleopatra defeated, commit suicide

6 Octavian Rules the World 27 BC – Octavian is undisputed ruler of the world 35 years old - consul (7 th time) Faced with monumental choice – to give power away and risk civil war, or to keep it and risk assassination/uprising Brilliant move – voluntarily rejects offer to become dictator for life and offers to restore the Republic Makes people happy – we are still a republic Senate responds by giving power back, giving him the name “Augustus” – revered or honoured one – and the title of “Princeps” Basically gave him powers of an Emperor while appearing to be a friend of the republic

9 A Good Guy??? Big concern for Augustus – Moral Regeneration in Rome (what is this? why might it be needed?) Restored religions/cults Laws to encourage marriage, families Kind to slaves (story of Vedius & his slave) Small town guy – down to earth, tried to bring back old Roman virtues: self- discipline, responsibility, respect for tradition/authority Died in 14 AD – Left empire to his step- son, Tiberius

Download ppt "CHW 3M The Triumph of Octavian. Review (Don’t write this down) In the last lesson, you learned about how Caesar began to rebuild Rome Reduced debt (cancelled." 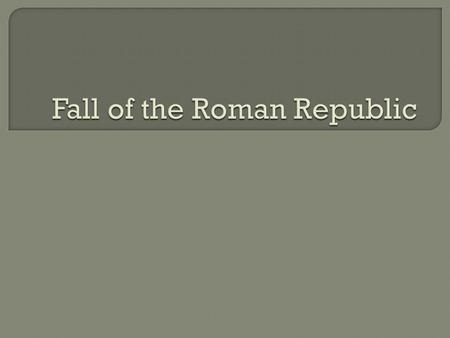 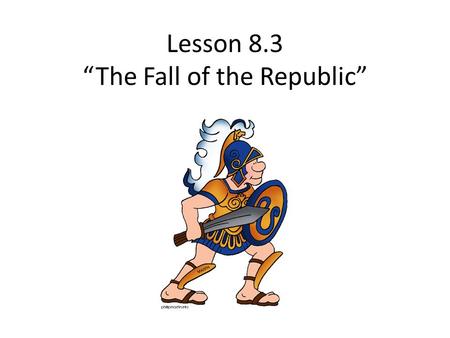 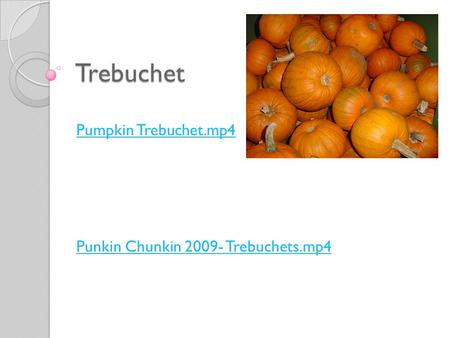 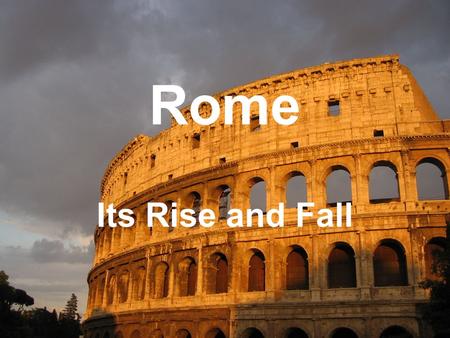 Rome Its Rise and Fall. Fall of the Republic Farms –The key to Rome’s success –Farms = Money –Farms = Army Small Farms were being taken over by large. 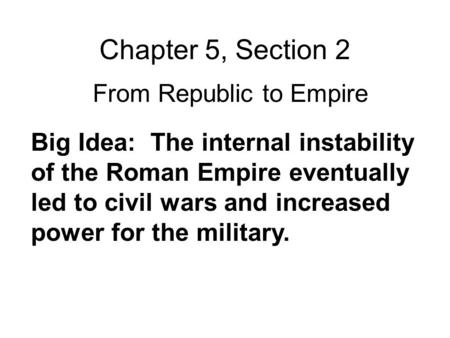