Presentation on theme: "Year 11 2A English Propaganda Techniques. Assertion: Assertion is commonly used in advertising and modern propaganda. An assertion is an enthusiastic."— Presentation transcript:

2 Assertion: Assertion is commonly used in advertising and modern propaganda. An assertion is an enthusiastic or energetic statement presented as a fact, although it is not necessarily true. They often imply that the statement requires no explanation or back up, but that it should merely be accepted without question. Examples of assertion, although somewhat scarce in wartime propaganda, can be found often in modern advertising propaganda. Any time an advertiser states that their product is the best without providing evidence for this, they are using an assertion. The subject, ideally, should simply agree to the statement without searching for additional information or reasoning. Assertions, although usually simple to spot, are often dangerous forms of propaganda because they often include falsehoods or lies.

3 Bandwagon: Bandwagon is one of the most common techniques in both wartime and peacetime and plays an important part in modern advertising. Bandwagon is also one of the seven main propaganda techniques identified by the Institute for Propaganda Analysis in 1938. Bandwagon is an appeal to the subject to follow the crowd, to join in because others are doing so as well. Bandwagon propaganda is, essentially, trying to convince the subject that one side is the winning side, because more people have joined it. The subject is meant to believe that since so many people have joined, that victory is inevitable and defeat impossible. Since the average person always wants to be on the winning side, he or she is compelled to join in.

4 However, in modern propaganda, bandwagon has taken a new twist. The subject is to be convinced by the propaganda that since everyone else is doing it, they will be left out if they do not. This is, effectively, the opposite of the other type of bandwagon, but usually provokes the same results. Subjects of bandwagon are compelled to join in because everyone else is doing so as well. When confronted with bandwagon propaganda, we should weigh the pros and cons of joining in independently from the amount of people who have already joined, and, as with most types of propaganda, we should seek more information.

6 Glittering Generalities: Glittering generalities was one of the seven main propaganda techniques identified by the Institute for Propaganda Analysis in 1938. It also occurs very often in politics and political propaganda. Glittering generalities are words that have different positive meaning for individual subjects, but are linked to highly valued concepts. When these words are used, they demand approval without thinking, simply because such an important concept is involved. For example, when a person is asked to do something in "defence of democracy" they are more likely to agree. The concept of democracy has a positive connotation to them because it is linked to a concept that they value. Words often used as glittering generalities are honour, glory, love of country, and especially in the United States, freedom. When coming across with glittering generalities, we should especially consider the merits of the idea itself when separated from specific words.

7 Lesser of Two Evils: The "lesser of two evils" technique tries to convince us of an idea or proposal by presenting it as the least offensive option. This technique is often implemented during wartime to convince people of the need for sacrifices or to justify difficult decisions. This technique is often accompanied by adding blame on an enemy country or political group. One idea or proposal is often depicted as one of the only options or paths. When confronted with this technique, the subject should consider the value of any proposal independently of those it is being compared with.

8 Name Calling: Name calling occurs often in politics and wartime scenarios, but very seldom in advertising. It is another of the seven main techniques designated by the Institute for Propaganda Analysis. It is the use of derogatory language or words that carry a negative connotation when describing an enemy. The propaganda attempts to arouse prejudice among the public by labelling the target something that the public dislikes. Often, name calling is employed using sarcasm and ridicule, and shows up often in political cartoons or writings. When examining name calling propaganda, we should attempt to separate our feelings about the name and our feelings about the actual idea or proposal.

9 Pinpointing the Enemy: Pinpointing the enemy is used extremely often during wartime, and also in political campaigns and debates. This is an attempt to simplify a complex situation by presenting one specific group or person as the enemy. Although there may be other factors involved the subject is urged to simply view the situation in terms of clear- cut right and wrong. When coming in contact with this technique, the subject should attempt to consider all other factors tied into the situation. As with almost all propaganda techniques, the subject should attempt to find more information on the topic. An informed person is much less susceptible to this sort of propaganda.

10 Plain Folks: The plain folks propaganda technique was another of the seven main techniques identified by the IPA, or Institute for Propaganda Analysis. The plain folks device is an attempt by the propagandist to convince the public that his views reflect those of the common person and that they are also working for the benefit of the common person. The propagandist will often attempt to use the accent of a specific audience as well as using specific idioms or jokes. Also, the propagandist, especially during speeches, may attempt to increase the illusion through imperfect pronunciation, stuttering, and a more limited vocabulary. Errors such as these help add to the impression of sincerity and spontaneity. This technique is usually most effective when used with glittering generalities, in an attempt to convince the public that the propagandist views about highly valued ideas are similar to their own and therefore more valid. When confronted by this type of propaganda, the subject should consider the proposals and ideas separately from the personality of the presenter.

11 Simplification (Stereotyping): Simplification is extremely similar to pinpointing the enemy, in that it often reduces a complex situation to a clear-cut choice involving good and evil. This technique is often useful in swaying uneducated audiences. When faced with simplification, it is often useful to examine other factors and pieces of the proposal or idea, and, as with all other forms of propaganda, it is essential to get more information.

13 Transfer: Transfer is another of the seven main propaganda terms first used by the Institute for Propaganda Analysis in 1938. Transfer is often used in politics and during wartime. It is an attempt to make the subject view a certain item in the same way as they view another item, to link the two in the subjects mind. Although this technique is often used to transfer negative feelings for one object to another, it can also be used in positive ways. By linking an item to something the subject respects or enjoys, positive feelings can be generated for it.

14 However, in politics, transfer is most often used to transfer blame or bad feelings from one politician to another of his friends or party members, or even to the party itself. When confronted with propaganda using the transfer technique, we should question the merits or problems of the proposal or idea independently of convictions about other objects or proposals.

Download ppt "Year 11 2A English Propaganda Techniques. Assertion: Assertion is commonly used in advertising and modern propaganda. An assertion is an enthusiastic." 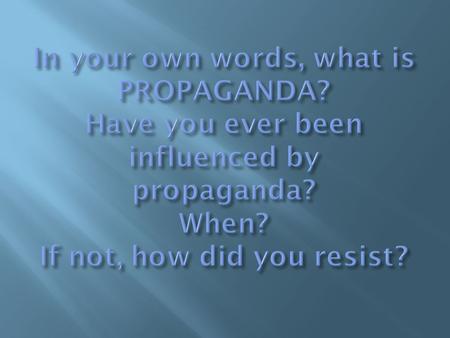 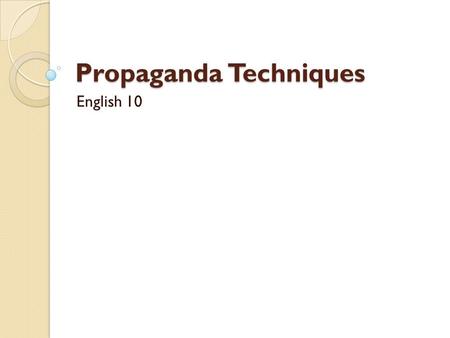 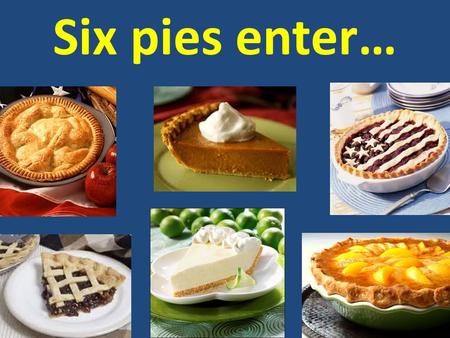 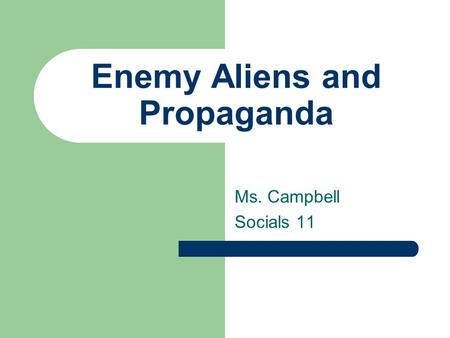 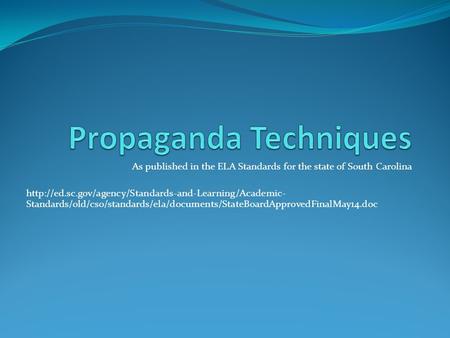