Presentation on theme: "As published in the ELA Standards for the state of South Carolina Standards/old/cso/standards/ela/documents/StateBoardApprovedFinalMay14.doc."— Presentation transcript:

1 As published in the ELA Standards for the state of South Carolina http://ed.sc.gov/agency/Standards-and-Learning/Academic- Standards/old/cso/standards/ela/documents/StateBoardApprovedFinalMay14.doc

2 Bandwagon an appeal to others to join the crowd in order to be on the winning side (for example, Four out of five doctors recommend….)

4 Glittering generality  emotionally appealing words that are applied to a product or idea, but that present no concrete argument or analysis (for example, a person who is asked to do something “in defense of democracy” is more likely to agree to do that something)

5 Name calling the use of derogatory language or words that carry a negative connotation (for example, calling a policeman a pig)

6 Plain folks attempting to convince the public that one’s views reflect those of the common person (for example, using the accent or dialect of a specific audience)

7 Testimonial  the use of a quotation or endorsement, in or out of context, that attempts to connect a famous or respectable person with a product or item (for example, Tiger Woods, a famous golfer, endorsing a particular kind of cereal promoting the product as part of a balanced breakfast)

8 Transfer projecting positive or negative qualities of a person, entity, object, or value to another to make the second more acceptable or to discredit it (For example, using an American flag as a backdrop for a political event implies that the event is patriotic and good for the United States.)

Download ppt "As published in the ELA Standards for the state of South Carolina Standards/old/cso/standards/ela/documents/StateBoardApprovedFinalMay14.doc." 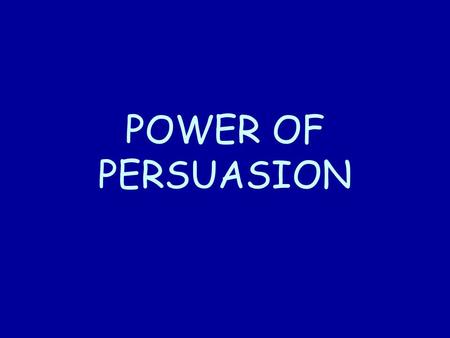 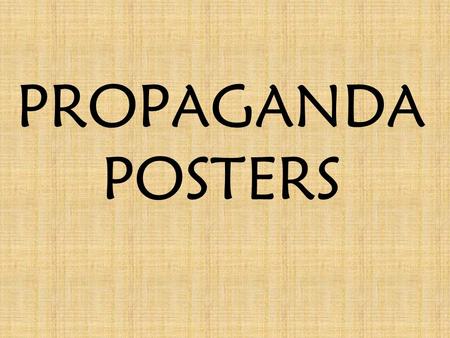 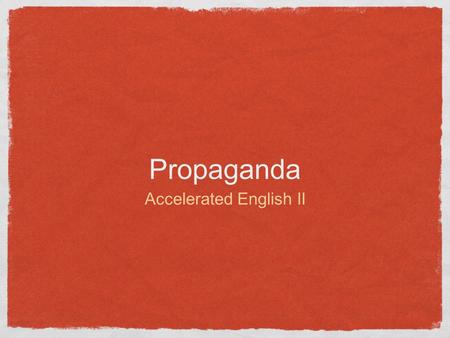 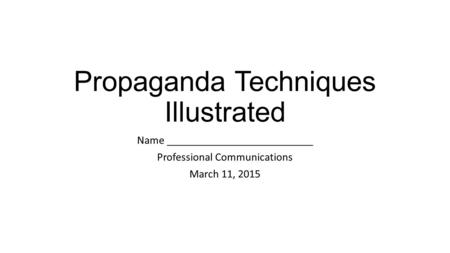 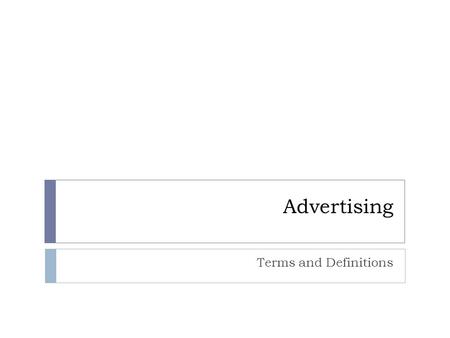 Advertising Terms and Definitions.  Avante Garde  The advertiser suggests that the product will put the consumer ahead of the crowd by having the product. 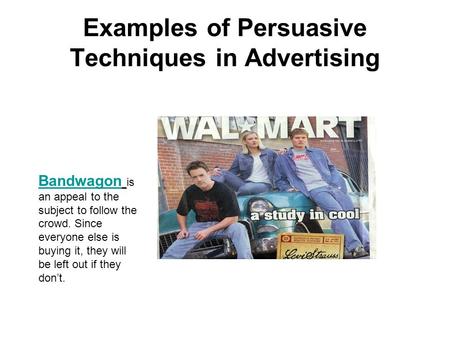 Examples of Persuasive Techniques in Advertising