Presentation on theme: "HH World Studies.   Many educated people began to study the world around them in the 1600s and 1700s  Great thinkers of the Enlightenment are known."— Presentation transcript:

2   Many educated people began to study the world around them in the 1600s and 1700s  Great thinkers of the Enlightenment are known as philosophes  New views of the world led philosophes to believe in basic equality and rights, and that human life could constantly be improved by applying natural law Background

7  Ideas about Government  Pro-Absolutism  Men do not know good vs. evil  People give up their rights to the state in the form of a social contract  People have NO right to rebel Thomas Hobbes

8   English, writing during the time of the English Civil War and Glorious Revolution  Two Treatises of Civil Government (1688) Ideas about Government  Anti-absolutism  Legitimacy comes from the consent of the governed (people)  If government does not protect the natural rights of the people, they have the right to rebel John Locke

9  Ideas about Human Nature  Tabula Rosa – belief that human beings were born without pre- existing ideas or principles but are shaped by their environment and can be changed  Rejected the idea of original sin – each person is responsible for their own religious salvation  People have certain natural rights that they must never surrender (life, liberty, property) John Locke

17   All business and economic activity should be regulated by the laws of supply and demand, and competition  Free Enterprise/ Trade – every person should be free to go into any business and operate for maximum profit Adam Smith

19   English author who supported the extension of Enlightenment ideas to women  A Vindication of the Rights of Women  Believed women and men were created equal  Criticized the conditions in which women lived, particularly the poor Mary Wollstonecraft

20 PhilosopheOriginWorksHuman NatureGovernment Thomas Hobbes EnglishLeviathan Humans are selfish, warlike and brutish People sacrifice their rights to a Gov’t that has absolute authority to make laws and create society John Locke EnglishTwo Treatises Humans are born as a blank slate (tabula rosa), and have natural rights Gov’ts rule by the consent of the governed and the people have right to revolt if it denies their rights Voltaire FrenchCandide Man has an inborn desire to pursue happiness Religious tolerance (attacked the power of the organized Church) Rousseau FrenchSocial Contract Society corrupts man’s natural goodness; people should act according to conscience and emotion Citizens form a gov’t (popular sovereignty) to determine the common good (determined by the general will) Montesquieu FrenchSpirit of Laws Gov’t should suit the needs of people –separation of powers and checks and balances Adam Smith ScottishWealth of Nations The economy should be guided by the forces of supply and demand Gov’t should take a laissez- faire or “hands off” approach to the economy Diderot FrenchEncyclopedia Mary Wollstonecraft English A Vindication of the Rights of Women Man and women are created equal

Download ppt "HH World Studies.   Many educated people began to study the world around them in the 1600s and 1700s  Great thinkers of the Enlightenment are known." 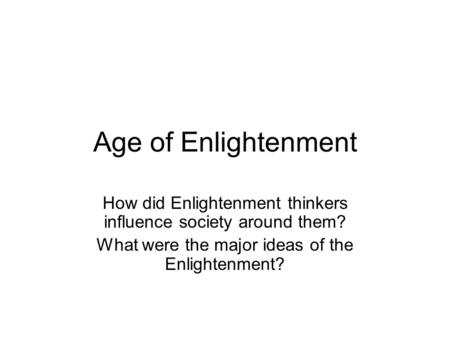 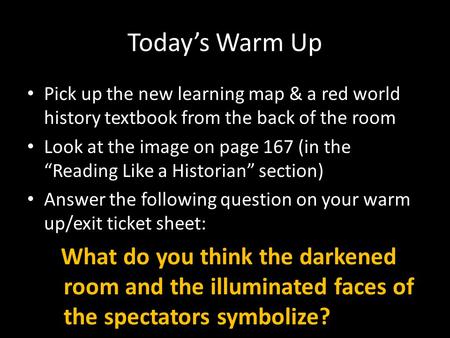 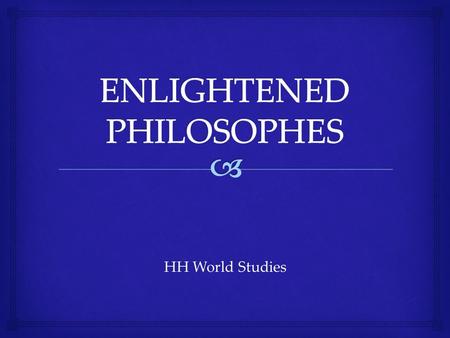 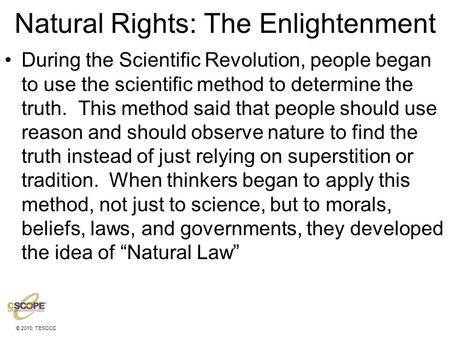 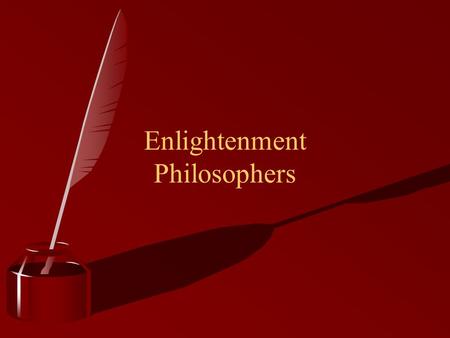 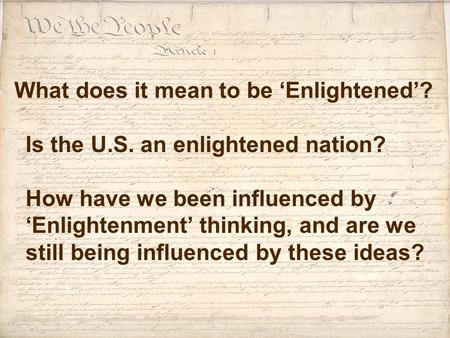