2 Did you know… Every minute you breathe in 13 pints of air. The blast of air being released during a cough comes out speeds greater than 100 miles per hour. During sneezing, secretions of the nose are being expelled as droplets (more than 6,000) up to 10 feet at very high speeds (up to 40 miles per hour). People tend to get more colds in the winter because we're indoors more often and close to other people. When people sneeze, cough and even breathe, germs go flying!

9 Usually a sneeze is started by tickling or irritation of the nerve endings of the membranes lining the inside of your nose. The sneezing reflex is useful in blowing out of your nose any dust particles causing irritation. It is an involuntary, sudden, violent, audible expulsion of air through the nose and mouth.

12 Throat Cavity in back of mouth

21 Made of rings of cartilage (hold it open)

35 b. O2 DIFFUSES into capillaries
c. CO2 & H2O vapor DIFFUSES out of capillaries into alveoli

36 Sheet of muscle under lungs
Aids in breathing

45 Brain  MEDULLA Detects the level of CO2 in the blood

46 Let’s summarize: Explain the function of the respiratory system.
List the structures air passes through when you inhale. Explain the function of the ciliated mucus membrane. Identify the structure that produces sound. Why are the trachea and bronchi lined with cartilage? Where does gas exchange occur? Describe the process of gas exchange. Describe how the diaphragm helps you breathe. Which gas regulates breathing rate?

49 In sensitive people, asthma symptoms can be triggered by breathing allergens. Common allergen triggers include: Animals (pet hair or dander) Dust Mold Pollen Chemicals in the air or in food Tobacco smoke Other asthma triggers include: Changes in weather (most often cold weather) Exercise Respiratory infections, such as the common cold Strong emotions (stress)

50 Bronchitis is an inflammation of the bronchial tubes
Bronchitis is an inflammation of the bronchial tubes. It causes a cough that often brings up mucus, as well as shortness of breath, wheezing, and chest tightness. There are two main types. With chronic bronchitis, the inflamed bronchi produce a lot of mucus which leads to cough and difficulty getting breathing. It is most often cased by cigarette smoke. Breathing in other fumes and dusts over a long period of time may also cause chronic bronchitis. This a long-term condition that keeps coming back or never goes away completely. Acute bronchitis can be caused by viruses or bacteria. These viruses spread through the air when people cough, or through physical contact (for example, on unwashed hands). Most cases of acute bronchitis get better within several days. 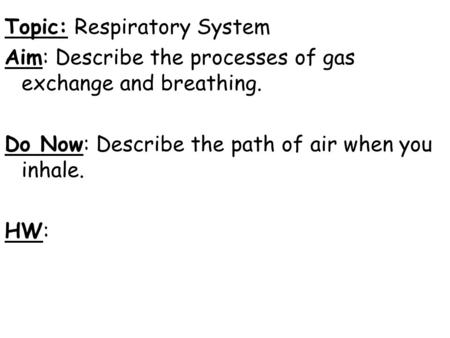 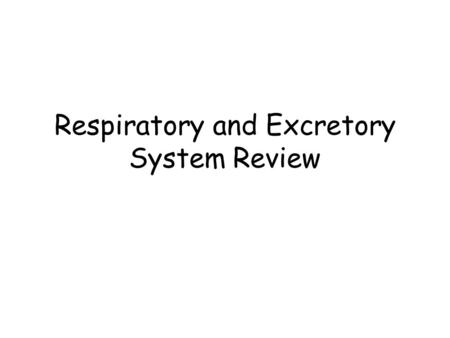