3 European Themes  Changing Map – Nation-state giving up sovereignty to regional organizations  Who belongs to the various groups?  How do they feel about it?—Changing Identities of Nation and Region – What does it mean to be European?

18 What EU says about itself  “The European Union (EU) is a family of democratic European countries, committed to working together for peace and prosperity…..  It is not a State intended to replace existing states, but it is more than any other international organisation.”  “The rule of law is fundamental to the European Union. “ 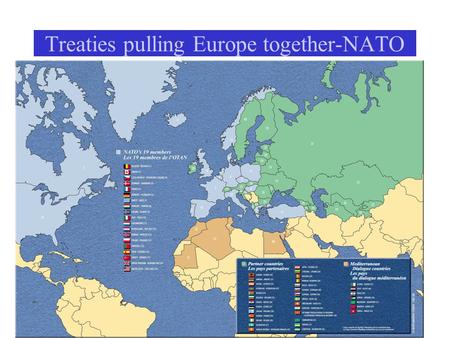