2 What Theories Do Developmental Theory a systematic statement of principles and generalizations provides a framework for understanding how and why people change as they grow older.

9 Behaviorism Operant conditioning - B.F. Skinner (1904–1990) (also called instrumental conditioning) a learning process in which a particular action is followed either by something desired or by something unwanted.

10 Reinforcement Increasing the probability of a response A technique for conditioning behavior Examples: -Food for a hungry animal -A pat on the back for a job well done -An A for a well written paper Operant Conditioning

11 Behaviorism Social Learning Theory - Albert Bandura (b. 1925) An extension of behaviorism that emphasizes the influence that other people have over a person’s behavior. Modeling- people learn by observing other people and then copying them. Self-efficacy- how effective people think they are when it comes to changing themselves or altering their social context.

14 Cognitive Equilibrium A state of mental balance, no confusion Interpret new ideas through past ideas Needed for intellectual advancement Easy equilibrium not always possible If new experience is not understandable, cognitive disequilibrium can occur Cognitive Theory

15 Two types of cognitive adaptation: Assimilation - new experiences are interpreted to fit into, or assimilate with, old ideas Accommodation - old ideas are restructured to include, or accommodate, new experiences

17 Newer Theories Sociocultural Theory Lev Vygotsky (1896-1934) Development results from a person’s interaction with their social and cultural surroundings Culture is integral to development Apprenticeship in thinking: how cognition is “taught” by the older and more skilled

18 Sociocultural Theory Zone of proximal development Made up of the skills, knowledge, and concepts that the learner is close to acquiring –Learner needs help to master –Learning must be individualized

19 The Universal Perspective Humanism Abraham Maslow (1908-1970), Carl Rogers (1902-1987) Stresses the potential of humans for good All people have the same needs Emphasize what people have in common

20 The Universal Perspective Evolutionary Theory Based on Darwin’s ideas Very controversial in psychological circles Humans are more alike than different Human development influenced by drives to survive and reproduce Selective adaptation: process by which people adapt to their environment 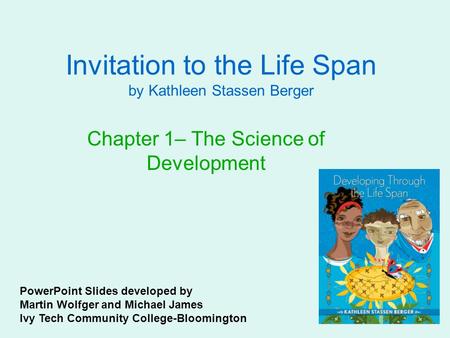 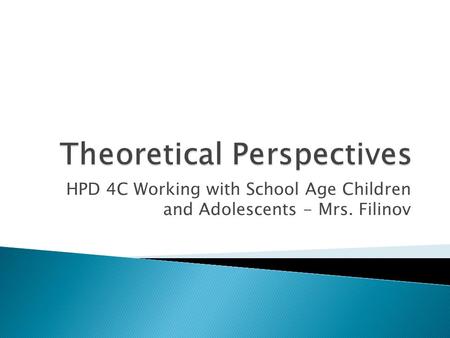 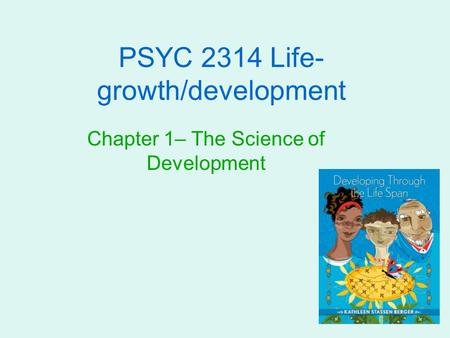 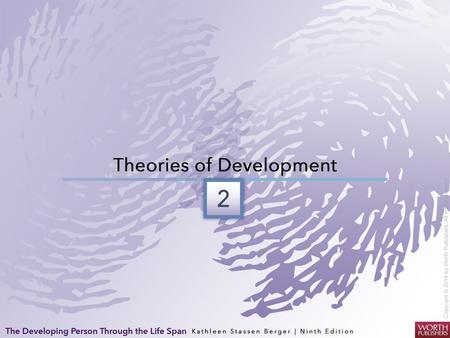 What Theories Do Developmental theory 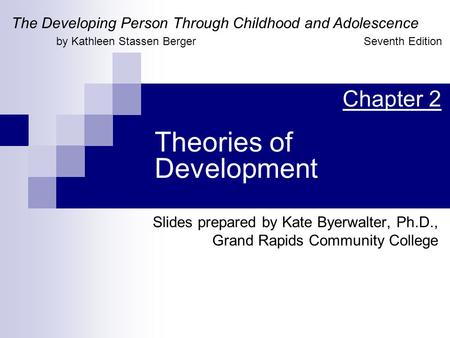 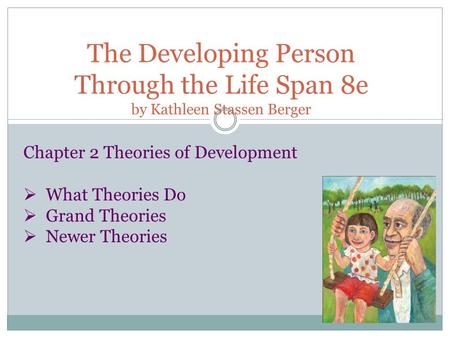 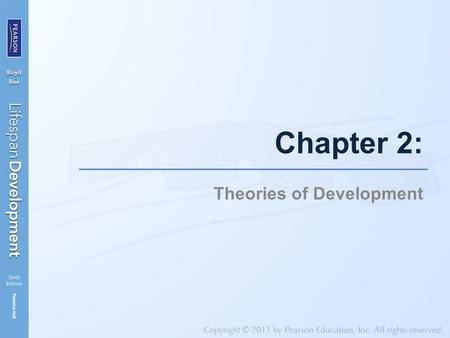 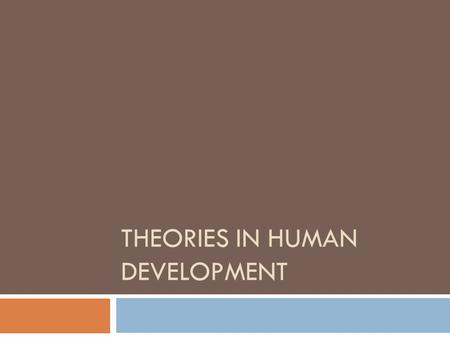 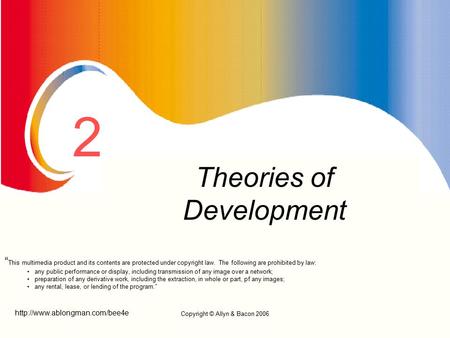 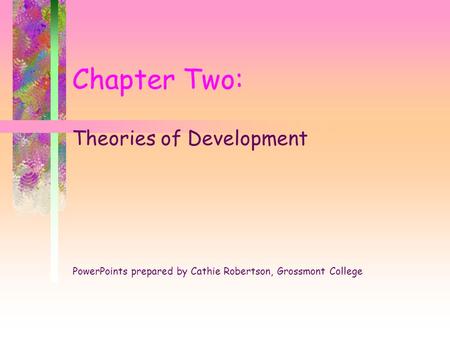 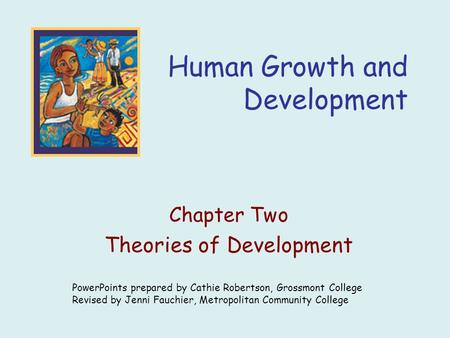 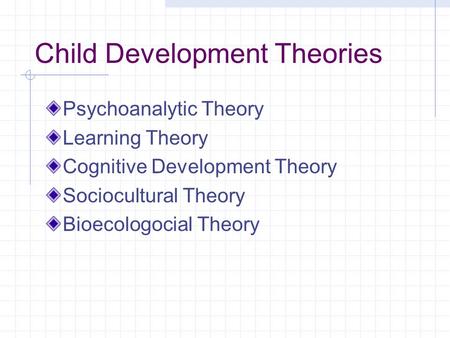 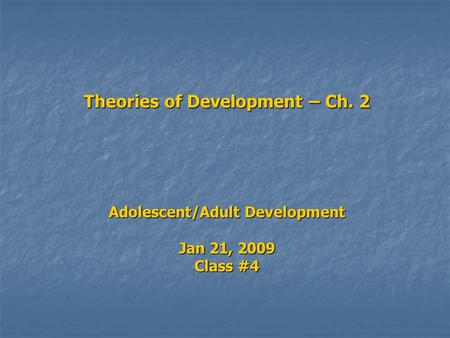 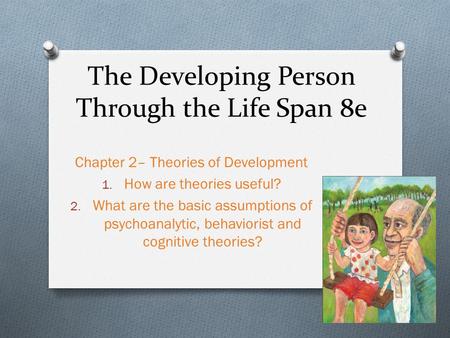 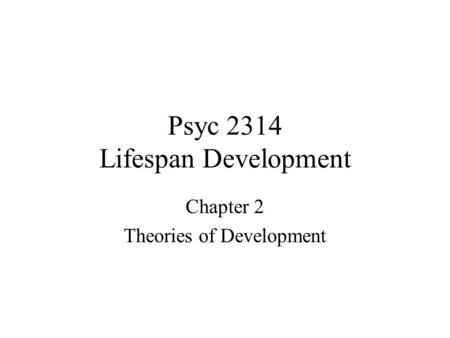 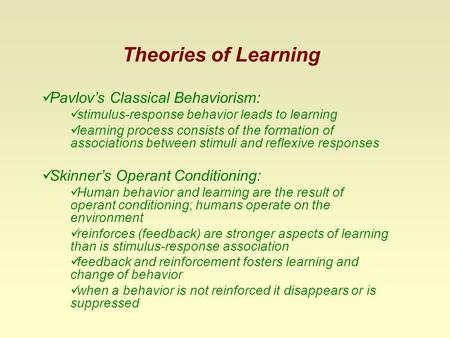