Presentation on theme: "Big Idea 1: The Practice of Science Description A: Scientific inquiry is a multifaceted activity; the processes of science include the formulation of scientifically."— Presentation transcript:

1 Big Idea 1: The Practice of Science Description A: Scientific inquiry is a multifaceted activity; the processes of science include the formulation of scientifically investigable questions, construction of investigations into those questions, the collection of appropriate data, the evaluation of the meaning of those data, and the communication of this evaluation. B: The processes of science frequently do not correspond to the traditional portrayal of "the scientific method “. C: Scientific argumentation is a necessary part of scientific inquiry and plays an important role in the generation and validation of scientific knowledge. D: Scientific knowledge is based on observation and inference; it is important to recognize that these are very different things. Not only does science require creativity in its methods and processes but also in its questions and explanations.

2 Benchmark Number & Descriptor SC.8.N.1.1 Define a problem from the eighth grade curriculum using appropriate reference materials to support scientific understanding, plan and carry out scientific investigations of various types, such as systematic observations or experiments, identify variables, collect and organize data, interpret data in charts, tables, and graphics, analyze information, make predictions, and defend conclusions. SC.8.N.1.2 Design and conduct a study using repeated trials and replication. SC.8.N.1.3 Use phrases such as "results support" or "fail to support" in science, understanding that science does not offer conclusive 'proof' of a knowledge claim. SC.8.N.1.4 Explain how hypotheses are valuable if they lead to further investigations, even if they turn out not to be supported by the data. SC.8.N.1.5 Analyze the methods used to develop a scientific explanation as seen in different fields of science. SC.8.N.1.6 Understand that scientific investigations involve the collection of relevant empirical evidence, the use of logical reasoning, and the application of imagination in devising hypotheses, predictions, explanations and models to make sense of the collected evidence.

5 Let’s Investigate The goal of science is to understand and explain the world around you. When trying to go about this task, you need to focus on two things: –Scientific observations –Scientific ideas

11 There is no single way to “do” science. The methods you use to answer a question depends on what the question is.

16 Steps of the Scientific Method 4.Design an Experiment: Develop and follow a procedure. Choose your variables. Include a detailed materials list. Remember, the outcome must be measurable (quantifiable).

17 Do you know the difference between the independent and dependent variables?

20 Do you know why you should have multiple trials ?

21 Doing it over and over and over… Multiple Trials Repeating an experiment proves its reliability and validity. Reliability –Answers are consistent. Validity –Does your experiment show what it should? Replication Able to be done by others –Researchers must be able to do the exact same procedure and get the exact same results. Shows confirmations of ideas and theories

22 Steps of the Scientific Method 6. Analyze the Data Create charts and graphs to organize findings. Look for similarities and differences.

23 Do you know how to collect and show your data?

26 What Type of Graph Do I Choose? Line Graph Shows the relationship between variables

28 Steps of the Scientific Method 7. Draw a Conclusion Summarize all of your findings. Compare findings to original hypothesis. –Findings support or do not support your original thoughts. Keep it as simple as possible –Everyone needs to understand what you did and what you found.

29 My Answer is Wrong? My Answer is Wrong? If your conclusion does not match your hypothesis, it does not mean your results are wrong! Hypothesis Matches Results Repeat experiment multiple times to test validity and reliability. Share your findings. Don’t stop there. –The answer to one question may lead to more questions which lead to additional hypotheses that need to be tested for more experimentation for the future. Hypothesis DOES NOT Match Results If your hypothesis does not match your results, it is OK. Many major scientific breakthroughs have occurred because a scientist did not get the results expected and went back to do more experimentation to find out why. Retest your hypothesis. –Use different testing, propose another hypothesis, gather more data, or ask another question.

30 Knowledge Check 1. What are the seven steps to the scientific method? 2. What are two types of variables, and how do you distinguish them? 3. List 2 ways to organize your data. 4. Are you wrong if your hypothesis does not match your results?

31 Knowledge Check 1. What are the seven steps to the scientific method? –Recognize the problem, Research, Hypothesis, Design experiment, perform experiment, analyze data, and draw conclusion. 2. What are two types of variables, and how do you distinguish them? –Independent – what is being changed on purpose –Dependent – what is being measure in the lab 3. List 2 ways to organize your data. –Graphs and charts 4. Are you wrong if your hypothesis does not match your results? –No, repeat if needed. Also, you may have made a new discovery!

Download ppt "Big Idea 1: The Practice of Science Description A: Scientific inquiry is a multifaceted activity; the processes of science include the formulation of scientifically." 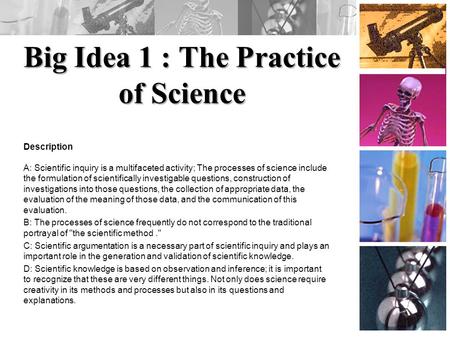 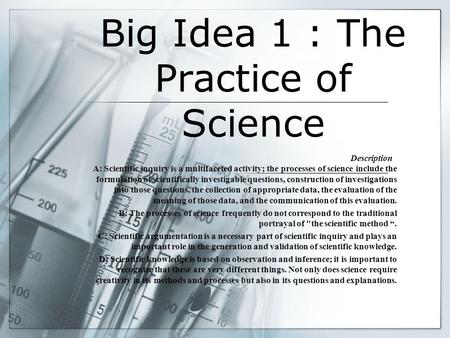 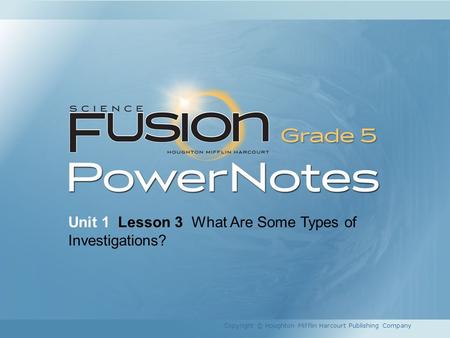 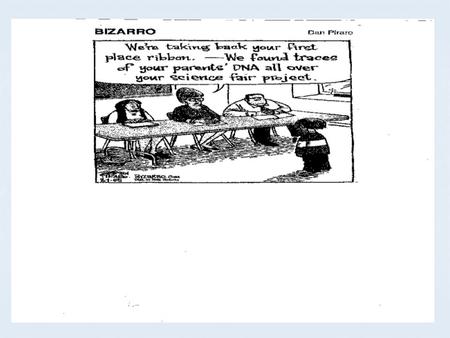 Let’s Do A Science Project!