6 1. State the Problem Form a question about a specific event or reaction

8 3. Form a hypothesis Make an educated prediction based on your research. You need to have a reason for your prediction. A hypothesis can be recognized by an “if, then” statement with “because”

10 4. Design an Experiment Devise a way to test your hypothesis. Create a
CONTROLLED experiment.

15 2 Types of Data QUANTITATIVE: numerical data, deals with specific quantities, usually in the form of a graph or chart QUALITATIVE: descriptive data, describes how something looks, smells, sounds, or feels; deals with qualities

18 Progression of Ideas in Science
Hypothesis- a possible explanation to a question based on information the scientist has already gathered - If experiments show a hypothesis to be correct, other scientists may accept it as support for a scientific theory. EX: Plants obtain their energy from the sun.

20 Progression of Ideas in Science
- Theories are used to explain & predict the outcome of other experiments - Theories must be tested - Sometimes they are wrong & must be modified or discarded EX: The Earth is flat.

22 Progression of Ideas in Science
- Explains what happens & not why - Summaries of the results of many, many experiments & observations - When results of a series of experiments are the same each time they no longer need to be tested EX: Newton’s Law of Gravity

23 Progression of Ideas in Science
Which one is most likely to be wrong- hypothesis, theory, or law? 1. 2. 3. Hypothesis Theory Law

24 Scientific Method Vocabulary
Observation- the act of observing (touch, taste, smell, feel, see, etc.) Inference- a quick conclusion that attempts to explain an observation Prediction- to forecast; to guess the outcome of a situation beforehand Analysis- to separate or break apart into smaller sections for study

25 Scientific Method Vocabulary
Conclusion- to close or bring to an end; to accept or reject a hypothesis in an experiment Data- recorded observations or measurements Hypothesis- a tentative explanation that accounts for a set of facts & that can be tested by further investigation

26 Scientific Method Vocabulary
Theory- an explanation of a large body of information, experimental and inferential, and serves as an overarching framework for numerous concepts. It is subject to change as new evidence becomes available. Law- a basic scientific theory that is no longer tested & is generally accepted as true (Newton’s Law of Gravity) 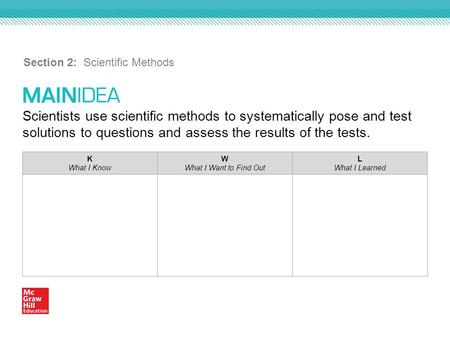 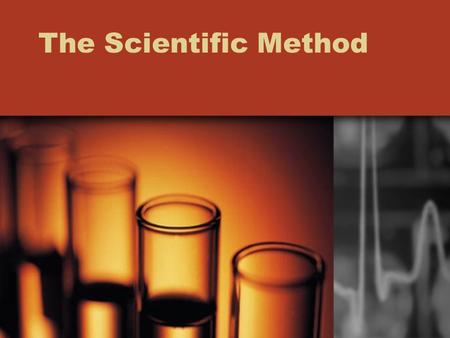