Presentation on theme: "Human Geography The study of people: Who they are, Why they are and Where they are."— Presentation transcript:

2 Human Geography The study of people: Who they are, Why they are and Where they are.

3 What is Demography? The statistical study of human population. Geographers use stats to froecast population trends, locate schools, and draw political boundaries.

4 What is Population Density? Average # of people living in an area Expressed in people/square mile Used to determine where businesses and hospitals are built, where and how much aid is needed.

5 What are the 4 clusters of population in the world?

7 What 3 factors effect the # of people in a given place? BIRTH RATE DEATH RATE MIGRATION

9 What are Refugees? People who have been forced to leave & can not return. Eg. Politics, Natural Disasters, and Discrimination

10 What is natural increase? Natural Rate of increase in the population. Most often seen when there is an increase in birth rate and a fall in or stagnation in death rate.

11 Draw and Label the Demographic Transition Model Open up your book and copy it from page 92. What can be learned about an area by looking at this model?

13 What are acculturation, innovation, & diffusion? When individuals or a group adopts some of the same traits of another culture. New ideas that a culture accepts. When an idea or innovation spreads from one person or group to another is adopted.

15 What is globalization? Process in which connections around the world increase & cultures become more alike.

17 Explain Cultural Convergence This is when different cultures blend together. Ideas, habits, and institution of one culture come in contact with those of another. Eg. Coke, Pepsi, Mexican and Chinese food.

19 More Vocab Cultural Divergence- process of cultures becoming separate & distinct –Can Happen when one group apposes change, while another welcomes it. Ethnic celebrations keep culture distinct by celebrating history, identity, and a way of life.

20 Why is language important to the study of Geography? It is the main means of communication, how customs are passed, influences paths of diffusion, languages have spatial characteristics, and shape peoples lives.

21 What is the most spoken language in the World? 2nd? The most spoken is the world is Mandarin Chinese. This is due to the fact that China has the largest population in the world. English is the second due to its wide spread use.

22 What is a Dialect? A dialect is a regional variety of a language Can “yall” give me an example of dialect in action?

24 What are the 3 types of Religions? Ethnic Religions These are religions found among people of one ethnic group & that generally have not spread to other cultures Eg. Hinduism(India), Confucianism &Taoism(Japan), Judism

25 What are the 3 types of Religions? Animist Religion These religions have people who believe in the presence of spirit and forces of nature. Eg. Native Americans Polytheism- the belief of many gods Eg. Ancient Romans

26 What are the 3 types of Religions? Universalizing religions Religions that seek out followers all over the world Eg. Christians & Muslims These groups use missionaries to spread their religion and to convert others. Monotheism- Belief in one god.

Download ppt "Human Geography The study of people: Who they are, Why they are and Where they are." 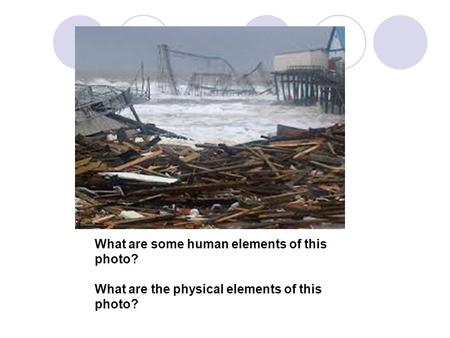 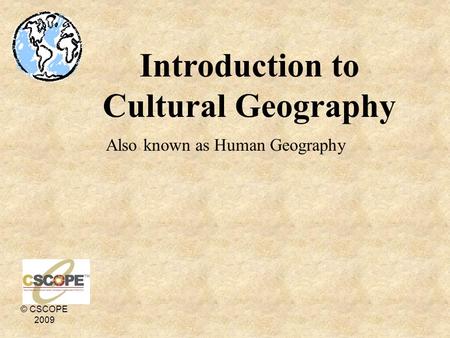 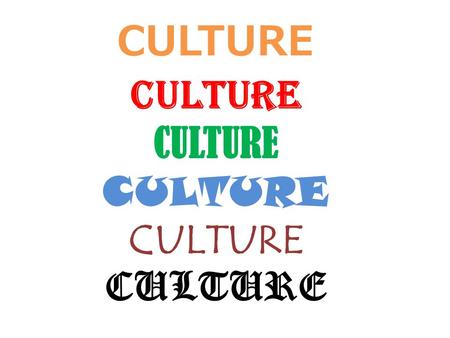 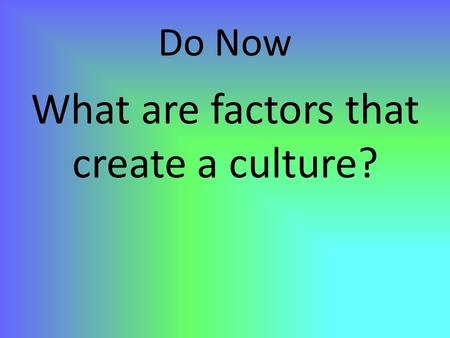 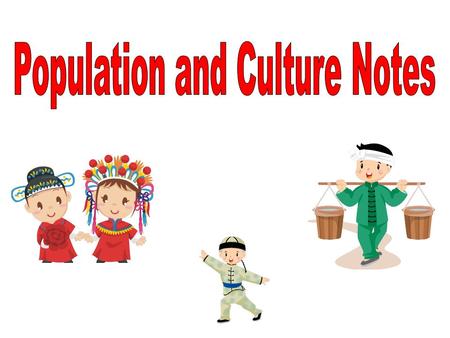 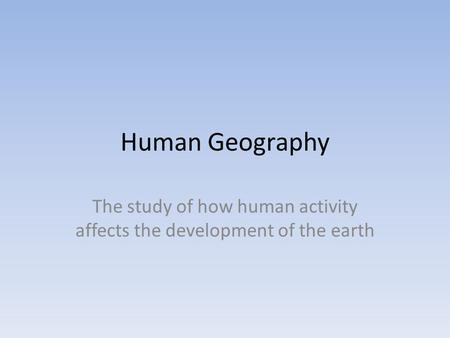 Human Geography The study of how human activity affects the development of the earth. 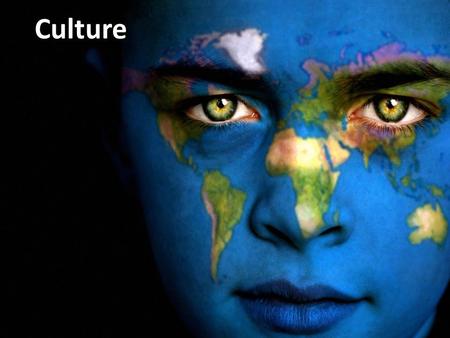 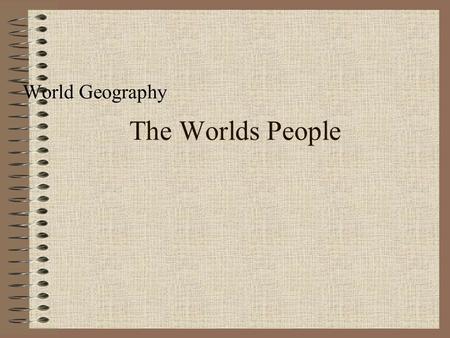 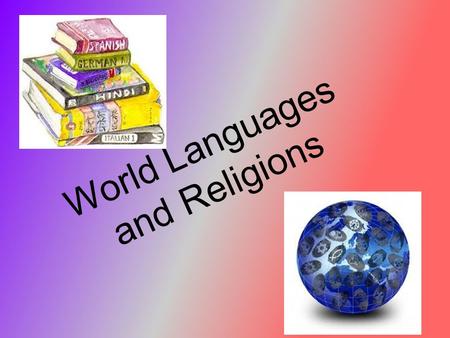 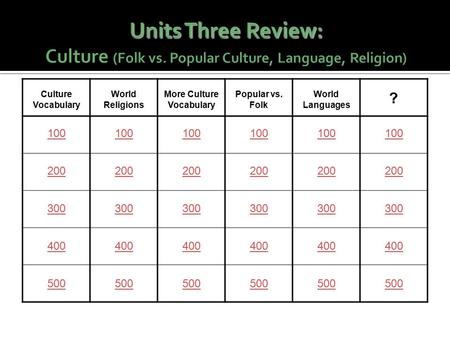 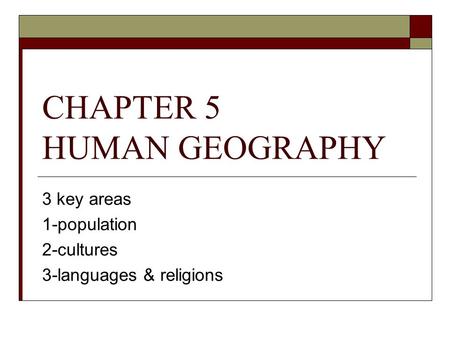 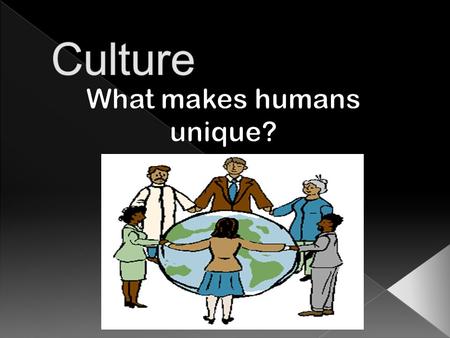 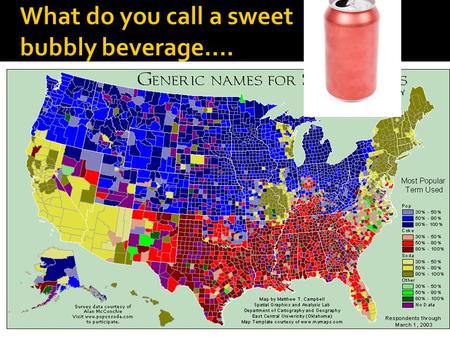  What language is spoken by the most people in the world? 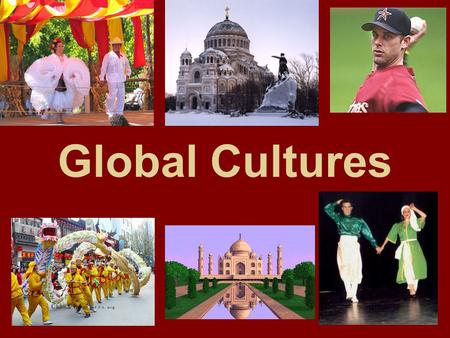