7 Contents Page A convention that is followed by both Vibe and my magazine Cypher is that they keep to their house styles. The colour and font follow throughout the whole magazine of red, black and white as does the Vibe style of black and gray. A convention my magazine challenges is that vibe, alongside may other magazines, the contents page is a page long. Whereas Cypher’s contents page is set over a double page layout. Even though the contents page is over two pages, it contains the two subsections of features and regulars which are popular amongst many music magazines. Another convention Cypher and Vibe have adopted is adding a smaller version of their mastheads on the contents page. Vibe use a large ‘V’ to represent their masthead where as my magazine has a smaller sized image of the Cypher masthead going across the header of the page. Vibe along with many other magazines follow a style of listing the items on the contents page, instead my magazine adopts the style of boxes. I chose to use this style to because readers are used to seeing the classic style and I believe it is to simple and boring. My magazine is a non minimalist and tries to appear exciting because of the way young adults see media in this era. Also the contents page is set on page 3 and 4. This is conventional amongst hip/hop and urban magazines. Usually a short a story or advertisement in between the front cover and contents. I decided to use this format to allow the enhancement of the advertisements as soon as readers open the magazine, this would be a way to sell advertisement space at high prices to bring income for the magazine to help cover costs.

11 Double Page Spread Conventional to both Vibe and XXL my magazine uses a full bleed image that takes over the whole left page. Also credits going up the sides of the images. Another convention all three magazines use are the format of two columns. I believe this is because it stretches out the text making it look simple and not over cluttered. Especially whilst looking at the target audience who prefer reading less text as appose to heavy text amounts. XXL and Vibe articles are a lot longer then Cypher’s. I decided to do this because from doing my research, I found that my target audience prefer articles that are shorter with lots of information rather than lots of text. 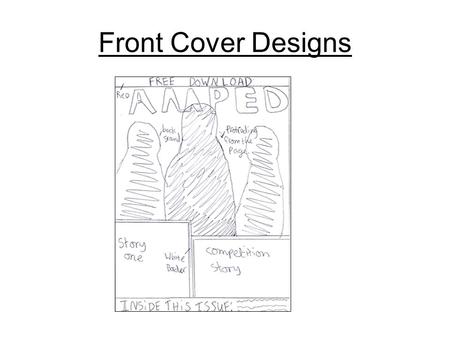