4  After distributing and analysing my Target Audience questionnaires, It was apparent my target audience preferred Genre was Horror, I have followed many forms and conventions to make my trailer more appealing to my target audience and make it look more professional. ☺ Green Preview screen: My Teaser Trailer begins with a Green Preview Screen, which all Teaser Trailers’ I analysed had included ☺ Production company:Also at the beginning of my Teaser Trailer is The name of my Production company “Galaxy Productions”, Also following the forms and conventions of Teaser Trailers I had Analysed.

5 ☺ Soundtrack: Like all of the Trailers I analysed, I used a soundtrack which suits the genre of my Film, and to accompany my footage to make it more exciting and create anticipation ☺ Use of Colour: Most of my teaser Trailer was shot in dark lighting, which is common for Horror Trailers’, I used colours such as red and black to denote danger and death.

6 ☺ Film Name and Release Date: At the end of my Trailer I included the name of My Film and Its release date, which all of the teaser trailers I have analysed included, For the release date I stated “Coming Soon” this is commonly used to build anticipation for the release of the film. ☺ The Length of my Teaser Trailer: My Teaser Trailer lasts one minute and four seconds, which is roughly the same as the trailers I had analysed, This helps me give an idea of what the film is about, whilst still keeping some mystery.

7 I have challenged a few forms and conventions of typical Teaser Trailers; ☺ Voiceover: Most teaser Trailers include voiceovers, however in my teaser trailer, I used my footage and soundtrack to heighten anticipation and also to show some of my plot, my soundtrack and footage were able to suggest that this was a horror and people were getting killed, yet didn’t give too much about my film away. The only dialogue used in my film is the news report at the beginning, which sets the scene of my storyline ☺ Killer: In “Halloween” for example and most other films, the killer is usually a man, a challenged the forms and conventions by including a female killer in my Teaser Trailer.

9 ☺ My Main Product and ancillary texts all have the same house-style, I incorporated the same colours throughout- red and black, to portray it as being a horror film. Also, In both my Trailer and my film poster I used red text. ☺ In my Film Poster and Film Magazine, I used pictures of victims, With the same victim being shown in both my trailer and Film Magazine, I didn’t want to reveal my Killers face, to keep some mystery to encourage my audience to see my film. I also never showed the Killers face in my Teaser Trailer, only using a shot of her from behind to show that it is a female.

10 Background image Main Image Film Title Release date “Coming soon” Tagline Billing Block Here some of the commonly used forms and conventions used in Film Posters, I used the majority of these in my own.

11 I made up a pull quote, with a popular newspaper saying positive things about my film, this will encourage people to go and see it My Main Image follows the house style of my main task and ancillary tasks with the use of red and black colours denoting death and blood, following the horror genre. I also used the image of a china doll, as it was a lot creepier of an image. Film title: This is a common convention, used in every film poster I analysed, I also used red font to follow the house style of my other tasks like my teaser trailer Release date: once again is a common convention of film posters which I followed Billing Block, a convention used in all film posters I analysed, it gives a professional look to my poster

12 Issue number and price Masthead Coverline Main cover line situated below main image, similar to what I done in my Magazine Lure- to entice the audience to buy the magazine barcode These are some of the typical forms and conventions used in Film Magazine Covers- I used the majority of these in my own magazine cover.

13 Masthead- big and bold, contrast with background to stand out, above main image which challenges the forms and conventions of many film magazines. Feature- reviews, make the magazine more interesting and entice the reader to buy the magazine House-style-Blue, yellow black and red, black and red- same as my poster and trailer Main cover-line placed below image from my film. The film title is in 3D- so it stands out and helps promote my film, even to those who may see the cover but not buy the magazine Slogan- shows how popular this magazine is and may encourage people to buy it “Exclusive” entices readers to buy the magazine as only this magazine has the story Barcode, issue number and date- all common conventions for film magazines Lure- competitions persuade the reader to buy the magazine

16 Sites such as PB works let me get audience feedback throughout the construction of my trailer, I received constructive feedback on my work about things such as; - Whether or not the title of my Film suited it. - If I should speed up or slow down the pace of some of my shots - If my soundtrack was suitable for my trailer genre and also if it added any suspense to my trailer.

17 - After completing My Teaser Trailer, I uploaded it to facebook in which I received 47 comments underneath it, My target audience appeared to like it and feel that my soundtrack and footage fits in well with the Horror genre, Overall I feel like I have taken in to consideration the results of my target audience questionnaire and have achieved what I had hoped for- a product in which they enjoy.

19  The main technologies I used for the research and planning, evaluation and construction stages of my work were: -pbworks.com- my blog site to upload my work and organise it. -Vimeo.com- I used this to upload my trailer -Animoto.com- I used this website to create a moodboard for my killer -Prezi.com- This website came in helpful when brainstorming ideas for my trailer - Imovie, Idvd, Itunes and garageband- to create my teaser trailer and soundtrack -Photoshop -Microsoft publisher, powerpoint and word -Facebook - Camera

20  Compared to AS, I have used a lot more technologies, which have helped me in the construction of my final pieces, with technologies such as Garageband for example helping me to create a soundtrack for my trailer and therefore a more effective Trailer. 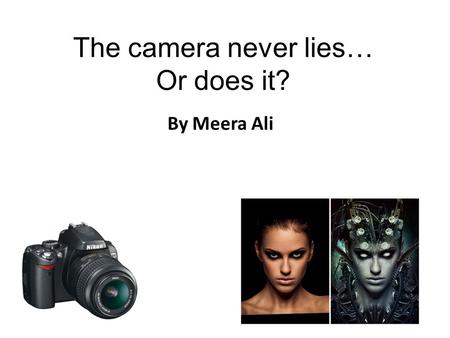