Presentation on theme: "SILENTLY… Copy this week’s assignments in your agenda"— Presentation transcript:

3 Why does England want colonies in America?
What do you think they hope to gain? 1st colony: Virginia

14 2. Why did Cecilius Calvert establish the colony of Maryland?
As a safe-haven for English Catholics

15 3. Why was the Religious Toleration Act of 1649 important?
1st law in support of religious freedom in the colonies

16 4. Who were the Lord Proprietors of the Carolina Colony?
8 of King Charles II supporters Became known as the Lords Proprietors

17 5. Why did the Carolina colony split into North and South Carolina?
Settlements were far apart, making it hard to govern Conflicts with Natives and Pirates

20 8. How do New York and New Jersey become English colonies?
The English took it from the Dutch DUKE OF YORK

21 9. Who are Quakers? Religious group
Supported nonviolence and equality of men & women

22 10. How did William Penn’s beliefs influence the government in Pennsylvania?
He had limited power Elected assembly Religious freedom to all Christians

23 11. How was the economy of the Middle Colonies similar to that of the Southern colonies? How was it different? Both relied on farming South—cash crops on plantations Middle—staple crops like wheat & oats on farms Did not use as many slaves as the South but more than the New England colonies

24 12. How were indentured servants different from slaves?
They were eventually given their freedom after a certain number of years. Slaves are slaves for life.

32 Role of Religion? Closely linked to gov’t
Religious leaders had LOTS of power Only male church members were allowed to vote Very INTOLERANT of differences! Led to new colonies

34 Economy? NO staple crops because of harsh climate and poor soil
Economy based on TRADE FISHING and SHIPBUILDING were leading industries They also had lots of skilled craftsmen such as blacksmiths, weavers, and printing press workers

Download ppt "SILENTLY… Copy this week’s assignments in your agenda" 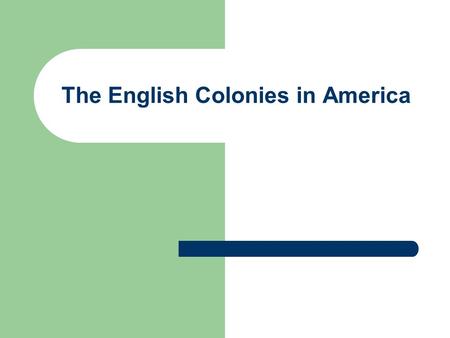 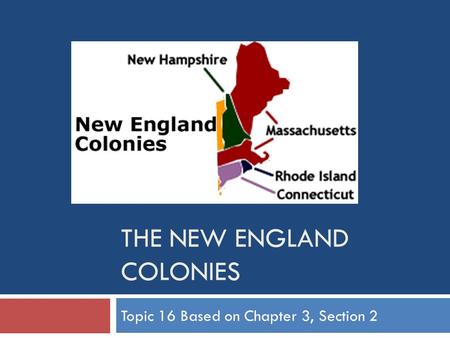