Civil War Battles. Antietam- 1862 After defending the South after several Northern invasions, the South invaded the North, but was stopped at the Battle.

Presentation on theme: "Civil War Battles. Antietam- 1862 After defending the South after several Northern invasions, the South invaded the North, but was stopped at the Battle."— Presentation transcript:

2 Antietam- 1862 After defending the South after several Northern invasions, the South invaded the North, but was stopped at the Battle of Antietam. It was the North’s first major victory and Abraham Lincoln made the Emancipation Proclamation immediately after. It is also the bloodiest day in American history (23,000 casualties).

6 Vicksburg- 1863 At the Battle of Vicksburg, the North took control of the Mississippi River from the South.

8 Gettysburg-1863 Once the South had lost Vicksburg, they knew their only chance for victory was to successfully invade the North. The South was stopped and crushed at the Battle of Gettysburg. The South would never again be strong enough to attack the North, and would have to be on defense for the rest of the war.

10 Atlanta- 1864 Richmond was the capital city of the South, but Atlanta was a major city in the deep south. By late 1864, U.S. Grant was pushing Lee around, and his good friend William Tecumseh Sherman pushed east and burned down Atlanta.

11 Petersburg- 1865 After Vicksburg, President Lincoln ordered Grant to the east to defeat Lee. Grant Pressed south towards Richmond and even though he lost many battles, he never retreated north- he just moved further south. Grant had so many extra soldiers, that he just kept attacking. Even though Lee was winning bloody battles… his army got smaller and smaller, so he camped in Petersburg. Grant surrounded him on 3 sides and grew stronger and stronger, while Lee and the Southern army grew weaker and weaker. Grant’s Northern army had 118,000 soldiers Lee’s Southern army had 64,000 soldiers

13 Appomattox- 1865 After the Siege of Petersburg, Lee’s army tried to escape west… but they were too small and weak. The US army surrounded them and the South surrendered at Appomattox Courthouse, Virginia.

14 Extension Activity You are a reporter during the Civil War! Write a paragraph for your newspaper “The Civil War Times” describing at least 2 of the major battles of the Civil War. Make sure to: –include at least 2 battles –Include supporting details from the lecture and your notes –fully and accurately describe the battles –use your stoplight colors Topic Sentence-green Transition Sentences-yellows Detail Sentences-reds Conclusion Sentence-green

Download ppt "Civil War Battles. Antietam- 1862 After defending the South after several Northern invasions, the South invaded the North, but was stopped at the Battle." 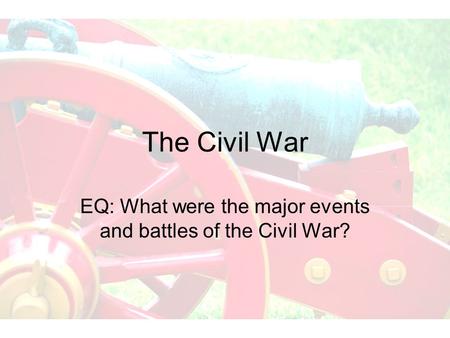 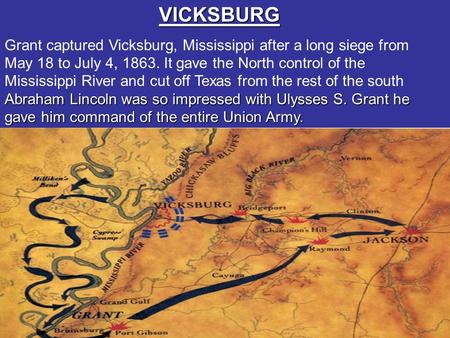 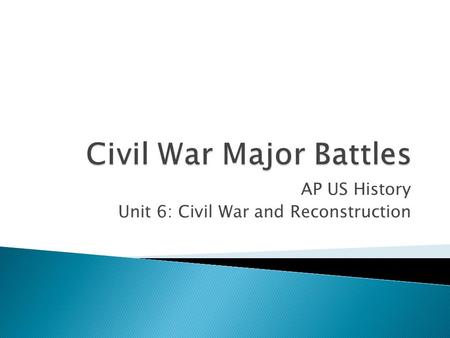 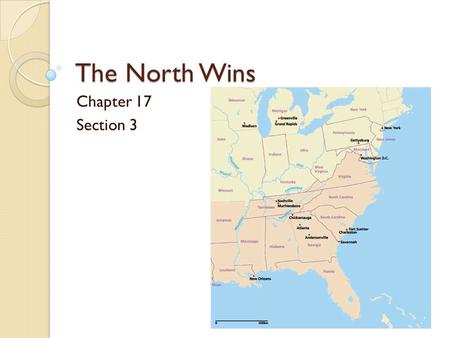 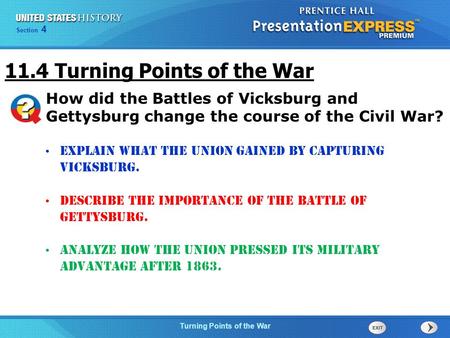