3 Independence Belgian Congo- –the Belgian Congo gained independence from Belgium in 1960. –The new country was called Congo, but it was renamed Zaire in the 1970s. –After Congo became independence, civil war broke out. –In 1965, Joseph Mobutu became a dictator and ruled Zaire until 1997 when was overthrown in the First Congo War. –This country is now known as the Democratic Republic of the Congo.

6 Independence Nigeria- –Nigeria gained independence from Great Britain in 1960 but faced many challenges in uniting it’s many ethnic groups. –Within it’s borders, there were over 250 ethnic groups which spoke 395 different languages. –Also, there were large populations of Christians, Muslims, and followers of traditional African religions. –A civil war broke out in 1967 when the Ibo people created the Republic of Biafra in the eastern part of Nigeria. –The civil war lasted until 1970.

7 Other Issues South Africa and Apartheid- –A system of racial separation between blacks and whites called apartheid existed in South Africa for much of the 20 th century. –Under the system, a white minority had more power and rights than those of the b lack minority. –A group called the African National Congress demanded equal rights for blacks in the 1960’s. –Nelson Mandela, the leader of the ANC, was jailed in 1962. He remained in jail until 1990 when he was released by South African president F.W. de Klerk. –The South African government began repealing apartheid laws, and it held it’s first free elections in 1994. – Nelson Mandela was elected president in this election and served until 1997.

8 One-party rule in Zimbabwe Since 1980, Zimbabwe has been ruled by Robert Mugabe. He was first elected as Prime Minister, but in 1987 he changed the Constitution to make himself president. Although Mugabe and his party have won every election since 1980, many people believe that corruption and voter fraud occurred during these elections. Zimbabwe is currently in an economic crisis whish is blamed on the failed policies and corruption of the Mugabe administration. Zimbabwe has a high unemployment rate and a high inflation rate.

9 Genocide in Rwanda The two main ethnic groups in Rwanda are the Hutu and the Tutsi. In 1994, tensions between the two ethnic groups led to the killing of between 500,000 and one million people by the Hutus. Most of the people killed were Tutsis.

10 AIDS Sub Saharan Africa has been hit hard by the HIV / AIDS epidemic. South Africa, Zimbabwe, Botswana, and Namibia are several of the countries that have high infection rates. The average life expectancy in these countries has declined, and there are many children who are orphans because their parents have died from disease. 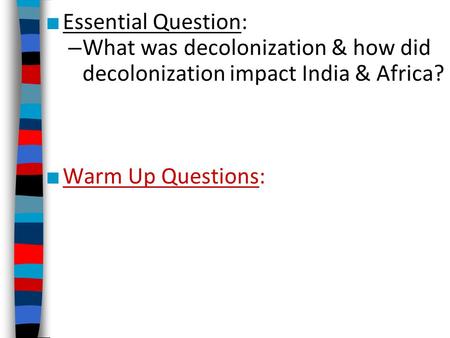 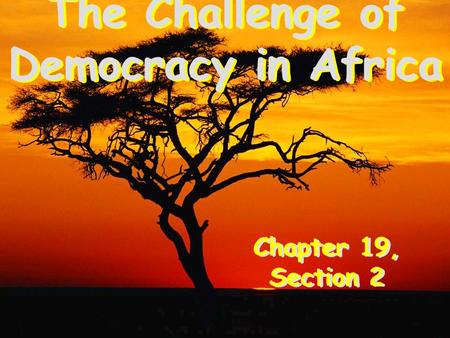