Presentation on theme: "Static Electricity Static electricity refers to the buildup of electric charge on the surface of objects. The static charges remain on an object until."— Presentation transcript:

1 Static Electricity Static electricity refers to the buildup of electric charge on the surface of objects. The static charges remain on an object until they either bleed off to ground or are quickly neutralized by a discharge. Although charge exchange can happen whenever any two surfaces come into contact and separate, a static charge will only remain when at least one of the surfaces has a high resistance to electrical flow (an electrical insulator). The effects of static electricity are familiar to most people because we can see, feel and even hear the spark as the excess charge is neutralized when brought close to a large electrical conductor(for example a path to ground), or a region with an excess charge of the opposite polarity (positive or negative). The familiar phenomenon of a static 'shock' is caused by the neutralization of charge.

4 Circuits I have figured out that an electrical current can only flow through a closed circuit. Thus, if you break or cut a wire in a circuit, that circuit is opened up, and can no longer carry a current. But I also figured out that there will be a small electrical field between the broken ends. What if you modify the point of the break so that the area is expanded, thus providing a wide area of "not quite" contact?

5 Magnets Bar Magnet A bar magnet is a magnet that attracts iron and certain other metals. Unlike poles attract to other metals. Like Poles repel. A bar magnet has two poles. North and south. The north pole is usually red. The south pole is usually blue. Bar magnets are permanent magnets. Bar magnets attract paper clips, refrigerators, copper, cobalt, iron, steal, and nickel. All magnets are strongest at their poles. Did you know that the center of the Earth is a magnet? Well it is. Electro Magnet Electro magnet run on electricity. They don’t have any poles. They are temporary magnets. They have different strengths. They are usually made of three things. A wire a battery and iron. They mostly attract iron, steal, nickel, and cobalt.

Download ppt "Static Electricity Static electricity refers to the buildup of electric charge on the surface of objects. The static charges remain on an object until." 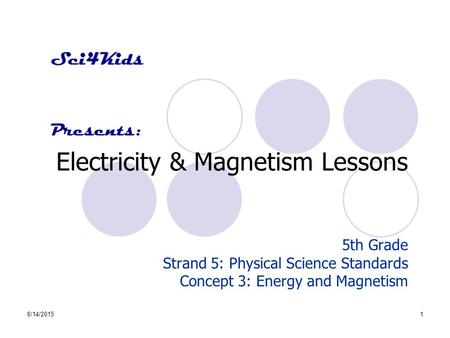 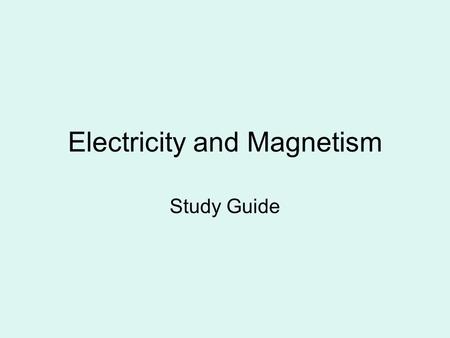