2 Lesson 1 How does matter become charged?
What is matter? Matter is anything that has mass.

3 Electric Charges We have to start with atoms- the building blocks of life. For example: a piece of paper is 1 million atoms thick. Almost all atoms have 3 different particles: positive charge, negative charge, or no charge. Most things usually have the same amount of positive and negative charges making it neutral.

4 Static Electricity So what happens when the positive and negative charges are no longer equal? Static electricity happens! When the electricity moves it generates electrical energy, which turns into sound, light, and heat energy.

9 Lesson 2 How do electric charges flow?

11 Conductors Electricity moves through different objects at different speeds, depending on what it is made of. If electricity flows well through a material it is called a conductor. Copper, most metals, and silver are great conductors of electricity.

12 Insulators These are materials that electricity does not flow through very well. Some examples of insulators would be: plastic, rubber, glass, and dry wood. Wires have insulation on the outside of them to keep electrical charges from making contact with other wires.

14 Circuits Electricity flows through a circuit.
There are 2 main types of circuits: series and parallel.

15 Series Circuit A series circuit has only ONE path that electricity can flow through. When the power source is turned on (light switch) the charged particles start moving in ONE direction. For example, if you had 5 light bulbs lined up in a series circuit and you turned on the light switch, all 5 bulbs would light up the same. If one of those bulbs burns out, the rest of the bulbs would turn off as well, because the electricity is moving in one direction.

16 Series Circuit Continued…
Do you notice the ONE flow of electricity? What would happen if the 1st bulb burned out?

17 Parallel Circuits This type of circuit has 2 or more paths for electricity to flow through. The main loop in the circuit leaves from and returns to the power source, but along the loop there are little loops. Each little loop has a separate path for the for the electric charge. Circuits in your home, school, and big buildings are parallel.

18 Parallel Circuits Continued…
Do you see 2 or more loops? If one of the bulbs burned out, would all of them turn off? 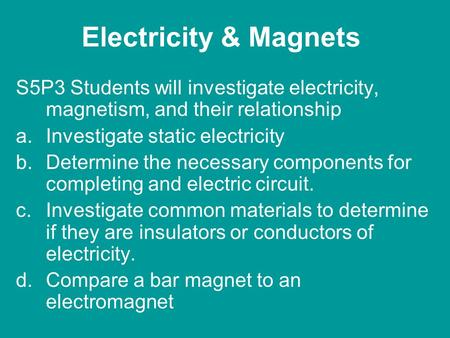 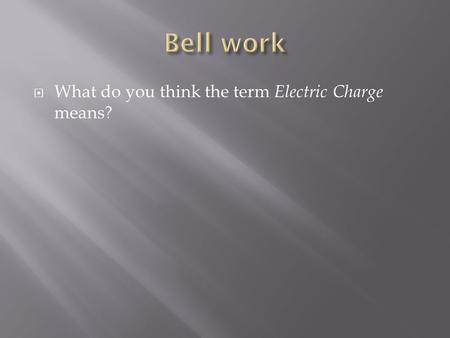 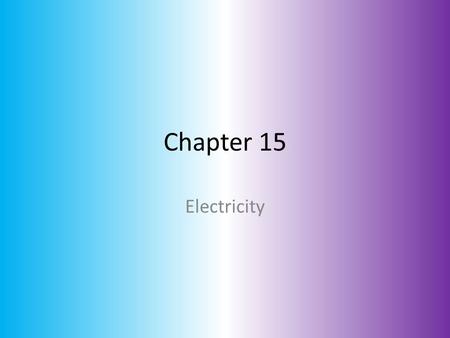 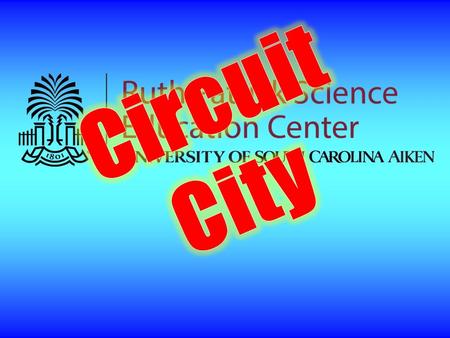 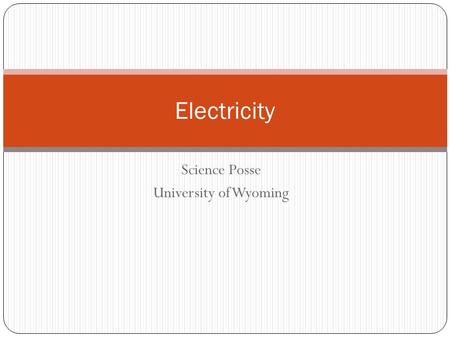