Presentation on theme: "Chapter 2 The Process of Experimentation"— Presentation transcript:

1 Chapter 2 The Process of Experimentation
2.1 Designing and Conducting Agricultural Research

7 C. The next step in the process is to predict the results of the experiment. This prediction is called a hypothesis. A hypothesis is a tentatively accepted theory that explains the relationship between two variables. Generally, hypotheses should indicate the nature of the relationship between variables. The researcher should utilize background knowledge and experience in this area to formulate the hypothesis. Once the hypothesis is made, it is subjected to a test that attempts to isolate the important factors. This test is called an experiment.

12 G. Once the raw data has been organized into a usable form, the researcher can draw conclusions from the information. The researcher must answer the question, “Was my hypothesis correct?” This is done by looking for patterns in the data or by interpreting calculations that were performed on the data. During this process, the researcher must also determine if there is any evidence to suggest that the data might be inaccurate or in any way misrepresent what actually happened in the experiment. At this point any limitations of the experiment also must be noted.

16 Review/Summary What is the scientific method?
What are the steps in conducting research in agriculture? Why must research be controlled? 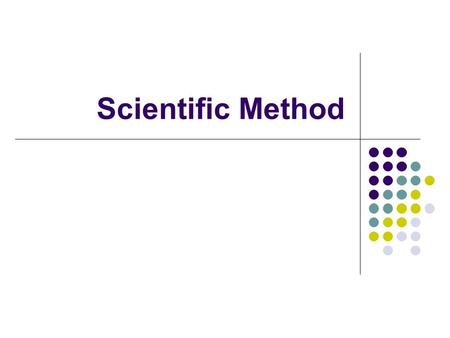 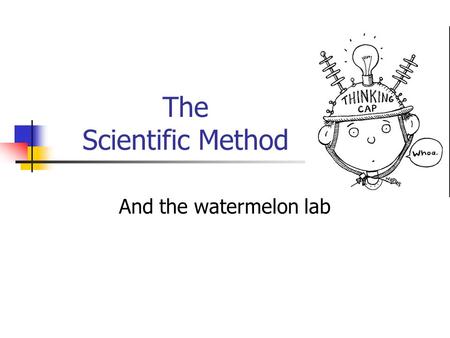