Presentation on theme: "The student will demonstrate an understanding of how scientific inquiry and technological design, including mathematical analysis, can be used appropriately."— Presentation transcript:

1 The student will demonstrate an understanding of how scientific inquiry and technological design, including mathematical analysis, can be used appropriately to pose questions, seek answers, and develop solutions.

2  A hypothesis is a reasonable explanation of an observation or experimental result or a possible answer to a scientific question that can be tested.  The hypothesis may or may not be supported by the experimental results.  It is often stated in terms of an independent and a dependent variable—or a “cause/effect relationship.”

3  Examples of hypotheses might include: o If a leaf has a greater surface area, then the rate at which it produces oxygen may increase. o As the volume of the lungs increases, the rate at which breathing occurs decreases. o At warmer temperatures, mold will grow faster on bread

4  Results of an experiment cannot prove that a hypothesis is correct. Results support or do not support the hypothesis.  Valuable information is gained even when the hypothesis is not supported by the results.  When hypotheses are tested over and over again and not contradicted, they may become known as theories, laws. or principles.  Resources should be:credible (trustworthy), accurate (correct – based on supported data), and relevant (on topic)

5  B1.2 Use appropriate laboratory apparatuses, technology, and techniques safely and accurately when conducting a scientific investigation.

7  You should be able to recognize safe laboratory practices.  Name some laboratory safety rules on your review sheet.

8  B1.3  Use scientific instruments to record measurement data in appropriate metric units that reflect the precision and accuracy of each particular instrument.

9  Remember the metric units in order and be able to convert them.  Give the mnemonic for metric units.

11  The terms precision and accuracy are widely used in any scientific work where quantitative measurements are made.  o Precision is a measure of the degree to which measurements made in the same way agree with one another.  o The accuracy of a result is the degree to which the experimental value agrees with the true or accepted value.  o Can you have a high degree of precision with poor accuracy?

12  B1.4 Design a scientific investigation with appropriate methods of control to test a hypothesis (including independent and dependent variables), and evaluate the designs of sample investigations.

14  Stating the purpose in the form of a testable question or problem statement  Researching information related to the investigation  Stating the hypothesis  Describing the experimental process  Recording, organizing and analyzing data  Stating a conclusion statement that describes if the data support or not support the hypothesis  Scientific investigations are designed to answer a question about the relationship between the variables.

15  Writing the procedure includes the following considerations: ◦ Planning for independent and dependent variables with repeated trials ◦ Planning for factors that should be held constant (controlled variables) ◦ Setting up the sequence of steps to be followed ◦ Listing materials

16  Data can be organized in CHARTS or GRAPHS.

25  A scientific model is an idealized description of how phenomena occur and how data or events are related.  A model is used so a concept may be more easily understood and predictions can be made.  o The model of the atom helps us understand the composition, structure, and behavior of atoms.  o No model is ever a perfect representation of the actual concept or system. Models may change over time as scientific knowledge advances.

28  A hypothesis is still always tentative and subject to further investigation.  Laws and theories may need revision as new scientific evidence is found with improved technology, advanced scientific knowledge, and more controlled scientific investigations based on these.

29  Evaluate experiments by assessing If the steps of the investigation are presented. Whether independent and dependent variables are appropriate for testing the hypothesis; Whether only one variable is changed at a time Which variables are, or should have been, controlled; Whether data was collected with adequate repeated trials, organized and analyzed properly; Whether the conclusion is logical based on the analysis of collected data.

31 Technological designs or products are produced by the application of scientific knowledge to meet specific needs of humans. The field of engineering focuses on these processes.

32 There are four stages of technological design: Problem identification -- A problem or need is identified A solution is designed to meet the need or solve the problem identified. Implementation -- The solution or product is developed and tested. Evaluation -- The results of the implementation are analyzed to determine how well the solution or product successfully solved the problem or met the need.

33 Science is a process of inquiry that searches for relationships that explain and predict the physical, living and designed world. Technology is the application of scientific discoveries to meet human needs and goals through the development of products and processes. The field of engineering is responsible for technological designs or products by applying science to make products or design processes that meet specific needs of mankind.

Download ppt "The student will demonstrate an understanding of how scientific inquiry and technological design, including mathematical analysis, can be used appropriately." 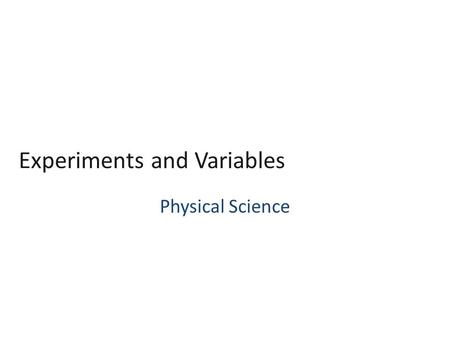 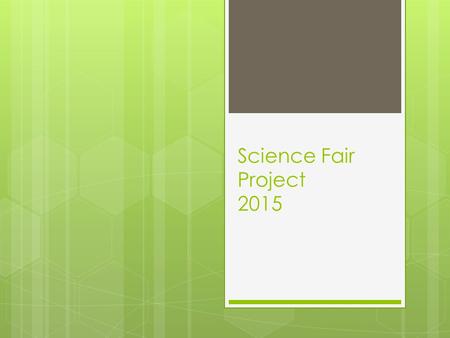 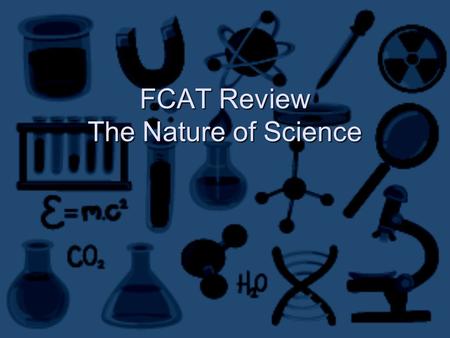 FCAT Review The Nature of Science 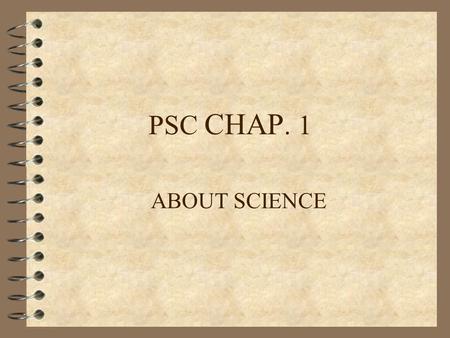 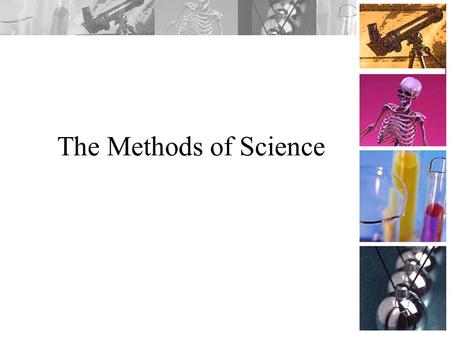 The Methods of Science Science Standards Covered PS – 1.1 Generate hypotheses on the basis of credible, accurate, and relevant sources of scientific. 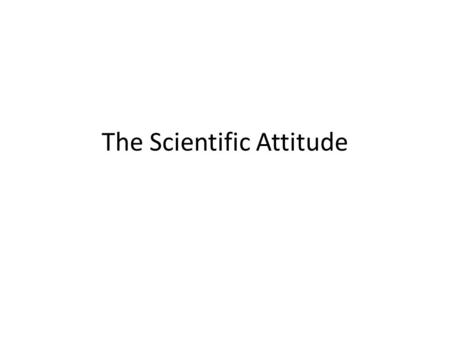