2 Section 1 Cold War: Superpowers Face Off
The opposing economic and political philosophies of the US and SU lead to global competition.

6 Creation of the United Nations
50 countries joined the UN. Members protect each other against aggression.

7 Creation of the United Nations Continued…
All 50 make up the General Assembly, there is also an 11-member Security Council. 5 permanent members have Security Council veto power.

8 Differing US and Soviet Goals
USSR lost more lives than the US and their infrastructure was destroyed.

12 Churchill in a speech made in Fulton, Missouri stated that the USSR had created an “iron curtain” between Democratic Western Europe and Communist Eastern Europe

13 UNITED STATES TRIES TO CONTAIN SOVIETS
Through the Truman Document a policy of containment was issued. Tried to stop communist expansion. Congress is asked to aid Turkey and Greece.

15 The Berlin Airlift 1948 France, Britain and the US withdraw from Germany. Their former occupation zones form one country. Berlin was divided into 4 zones. USSR cut West Berlin off from outside influence. It faced starvation.

16 The Berlin Airlift Continued…
From June 1948 – May 1949 Allied planes took off and landed every three minutes in West Berlin. Brought in food and supplies

18 Superpowers Form Rival Alliances
1949: Because of the Berlin blockade, 10 western European nations, the US and Canada formed NATO. NATO – North Atlantic Treaty Organization, defensive military alliance. An attack on any NATO member would be considered an attack on all members.

20 The Threat of Nuclear War
US has atomic bombs 1949 USSR exploded its own atomic weapon. 1950 Truman issues work on a thermonuclear weapon: the H-bomb

21 The Threat of Nuclear War Continued…
1953 Eisenhower is president. John Foster Dulles was secretary of State. He issued a policy known as brinkmanship. Definition Willingness to go to the edge of war.

22 The Cold War in the Skies
1957 USSR creates a ICBM (intercontinental ballistic missile) Sputnik was launched. First unmanned satellite. 1958 US sends its first missile. 1960 US wants to be able to fly over USSR.

25 Name of Conference, Who the people are, Main thing discussed

26 This term was coined in Fulton Missouri by this person.
Aid to European Countries fell under this _____ plan. What did the allies form because of the Berlin blockade and what was USSR’s response? John Foster Dullas coined the term_____ and it means what? Truman made this and it helped these countries. 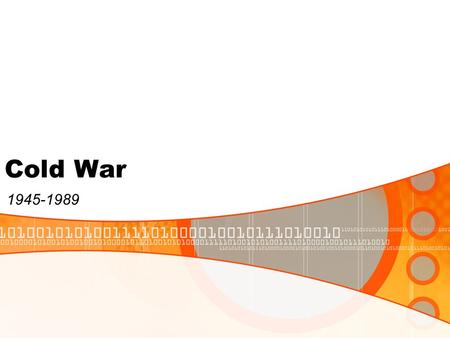 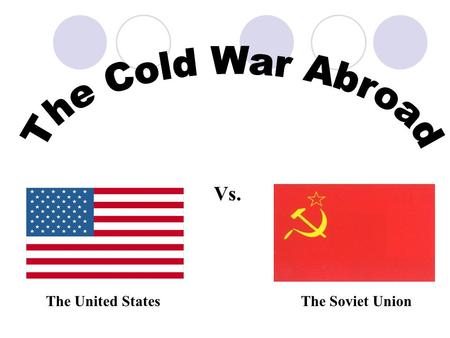 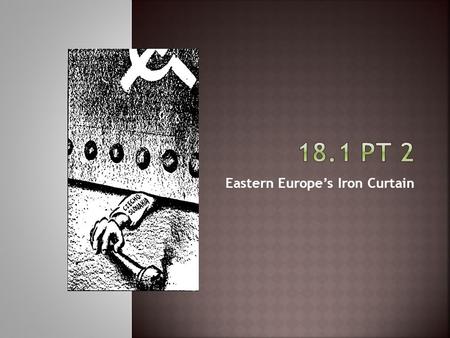 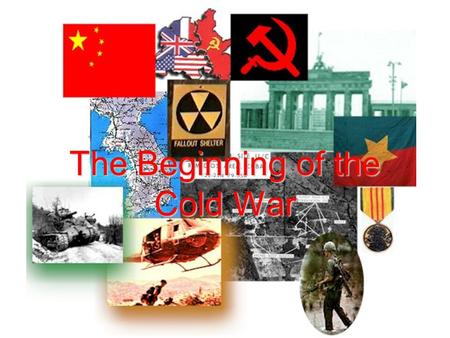