3 Interactions and Interdependence
Ecology – the scientific study of interactions among organisms and between organisms and their environment, or surroundings. Biosphere – The largest environment. It contains the combined portions of the planet in which all of life exists, including land, water, and air.

4 The biosphere goes from about 8 km above Earth’s surface to as far as 11 km below the surface of the ocean. The interdependence of life on Earth contributes to an ever-changing biosphere.

7 Species – a group of organisms so similar to one another that they can breed and produce fertile offspring Populations – groups of individuals that belong to the same species and live in the same area Communities – groups of different populations that live together in a defined area Ecosystem – collection of all the organisms that live in a particular place, together with their nonliving physical environment Biome – a group of ecosystems that have the same climate and similar dominant communities. The biosphere is the highest level of organization that ecologists study.

10 Producers Sunlight is the main energy source for life on Earth. Some types of organisms rely on the energy stored in inorganic chemical compounds. For example, mineral water that flows underground or boils out of hot springs and undersea vents is loaded with chemical energy. Autotroph (producer) – an organism that can capture energy from sunlight or chemicals and use it to produce its own food from inorganic compounds (plants, some algae, certain bacteria)

11 Energy from the Sun Photosynthesis – when autotrophs use light energy to power chemical reactions that convert carbon dioxide and water into oxygen and energy-rich carbohydrates such as sugars and starches. Photosynthesis adds oxygen to and removes carbon dioxide from Earth’s atmosphere.

16 Feeding Relationships
Energy flows through an ecosystem in one direction, from the sun or inorganic compounds to autotrophs (producers) and then to various heterotrophs (consumers) Food Chain – series of steps in an ecosystem in which organisms transfer energy by eating and being eaten Food chains show the one-way flow of energy in an ecosystem

21 Ecological Pyramids Ecological pyramid – a diagram that shows the relative amounts of energy or matter contained within each trophic level in a food chin or food web.

22 There are three different types of ecological pyramids: energy pyramids, biomass pyramids, and pyramids of numbers

24 Biomass pyramid - Biomass – the total amount of living tissue within a given trophic level. Usually expressed in terms of grams of organic matter per unit area. A biomass pyramid represents the amount of potential food available for each trophic level in an ecosystem.

27 Recycling in the Biosphere
Unlike the one-way flow of energy, matter is recycled within and between ecosystems. Biogeochemical cycles – process in which elements, chemical compounds, and other forms of matter are passed from one organism to another and from one part of the biosphere to another Matter can cycle through the biosphere because biological systems do not use up matter, they transform it.

28 The Water Cycle All living things need water to survive. Water moves between the ocean, atmosphere, and land

31 Nutrient Cycles Nutrients – all the chemical substances that an organism requires to live Every living organism needs nutrients to grow and carryout essential life functions. Like water, nutrients are passed between organisms and the environment through biogeochemical cycles.

32 Three nutrient cycles play important roles in the biosphere: the carbon cycle, the nitrogen cycle, and the phosphorus cycle

33 The Carbon Cycle Carbon is the key ingredient in all living organisms. It is also found in the oceans, in the air, and in certain types of rocks.

36 The Nitrogen Cycle All organisms need nitrogen to make amino acids, which are used to build proteins

39 The Phosphorus Cycle Phosphorus is essential to living organisms because it forms part of important life-sustaining molecules such as DNA and RNA. Phosphorus does not enter the atmosphere. It remains mostly on land in rock and soil minerals and in ocean sediments.

41 Nutrient Limitation Primary Productivity – the rate at which organic matter is created by producers. The amount of available nutrients affects primary productivity. Limiting nutrient – when an ecosystem is limited by a single nutrient that is scarce or cycles very slowly

43 When an aquatic ecosystem (ex – oceans) receives a large input of a limiting nutrient (ex – runoff from heavily fertilized fields) the result is often an immediate increase in the amount of algae and other producers. This is called algal bloom. 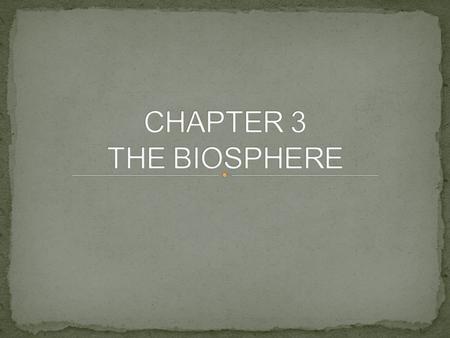 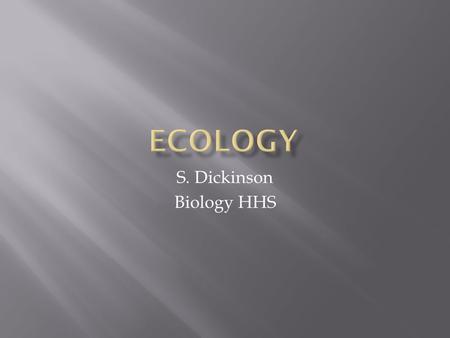 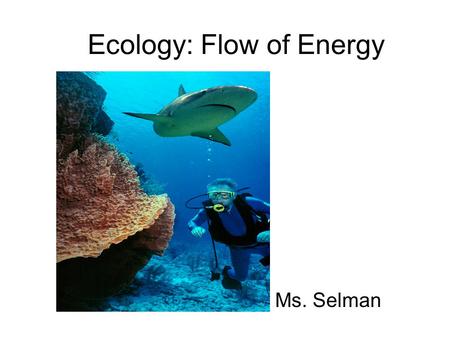 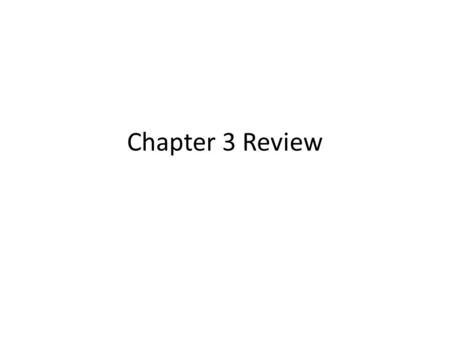 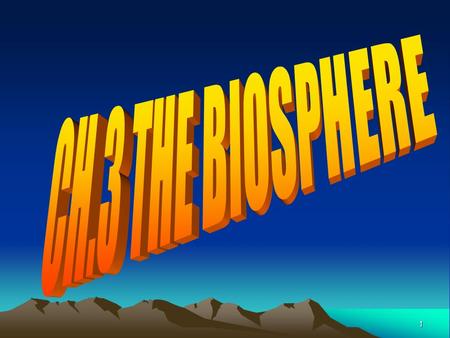