THE TOMB OF KING TUTANKHAMUN

1 THE TOMB OF KING TUTANKHAMUN
(The Boy King)

3 THE TOMB OF KING TUTANKHAMUN
Discovery of Tomb: Howard Carter: British Archaeologist Spent 7 years looking for tomb in Valley. By trade an artist. Got his start working on digs as an artist.

10 THE TOMB OF KING TUTANKHAMUN
Burial Chamber: The only part of the tomb with wall paintings. One depicts: Opening of Mouth Ceremony Senses are restored to Tut. Performed by Ay, his successor

12 TUTS TOMB Burial Chamber:
Only room in the entire structure that is decorated. Back wall painting

14 THE TOMB OF KING TUTANKHAMUN
Burial Chamber: 4 gilded shrines inside one another. Stone sarcophagus: inside were 3 coffins Innermost coffin: solid gold Inside this coffin was Tut with golden mask.

15 TUTS TOMB Arrangement of Coffins: (1)First Coffin
It is made of Cypress wood overlaid with gold foil (2)Second Coffin This coffin of finer workmanship than the preceding, was also made of wood covered in gold foil (3)Third Coffin It is made of solid gold and weights kg. (4)The Mummy It was decorated with near 150 amulets, jewels and the superb golden mask inlaid with wonderful glass

19 TUTS TOMB Burial Chamber:
Burial Mask: Made of solid gold, placed directly upon the pharaoh's mummy. Function: protection. Weight: 24 lbs. On the forehead of the mask are a royal uraeus and a vulture's head: symbols of the two deities of Lower and Upper Egypt: Wadjet and Nekhbet.

20 TUTS TOMB Burial Chamber Gold/Wood Shrines
Covered with thick gold foil, set on a wooden sledge 4 Shrines one inside the other

23 TUTS TOMB Antechamber Life sized statues: 2 stood guard by the sealed door to burial chamber made of wood, painted with black resin and overlaid with gold in parts. They depict the pharaoh

24 TUTS TOMB Antechamber Golden Throne: Scene from back of throne
Made of wood covered with sheet gold, and adorned with semiprecious stones and colored glass paste.

27 TUTS TOMB ANNEX Shabti Figures 413 shabtis was found
In both annex and treasury About 12 in. in height

29 TUTS TOMB Treasury Canopic Shrine of Tutankhamen. The goddess Isis
Within this a series of smaller shrines, of gilded wood and calcite. Within the Canopic chest itself were four gold coffinettes, with the viscera of the pharaoh. Close up of canopic jar lids 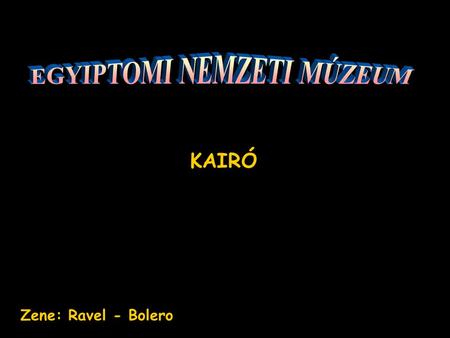 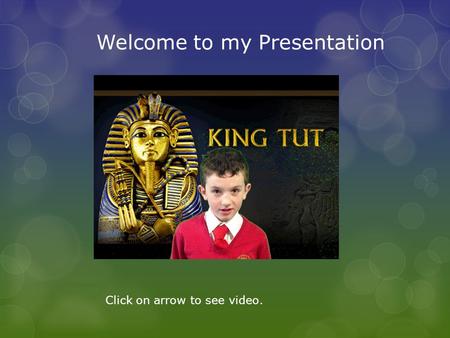 Welcome to my Presentation 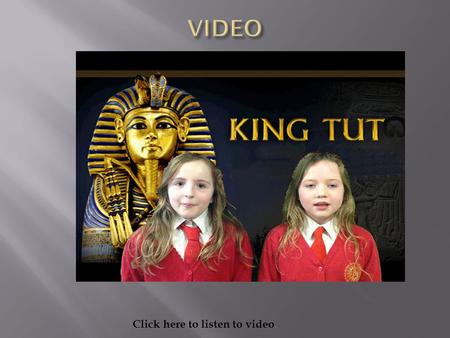 Click here to listen to video. Facts More facts Why was he famous? Pic tours SONG Facts The End. 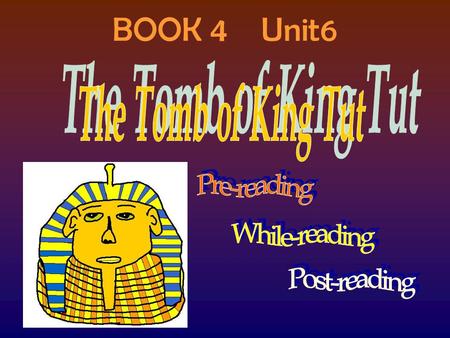 BOOK 4 Unit6 Fun Facts about Egypt 1.The giant structures for which Ancient Egypt is known are called _____. 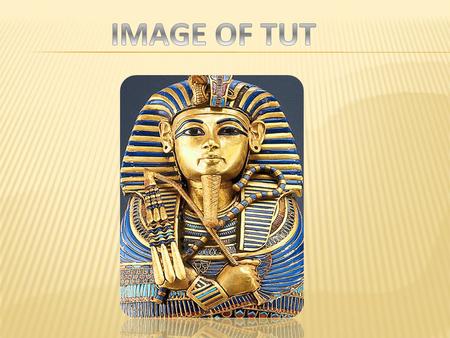 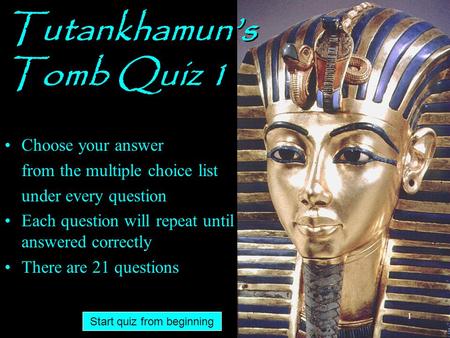 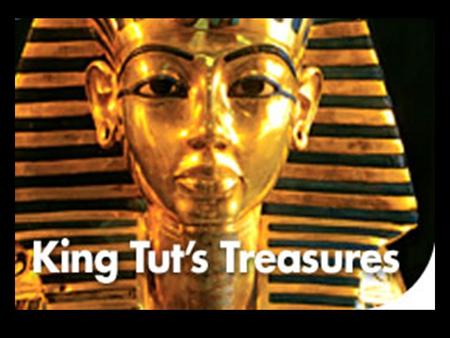 Howard Carter and his backer Lord Carnavon standing by the wall leading to the intact burial chamber of King Tut. 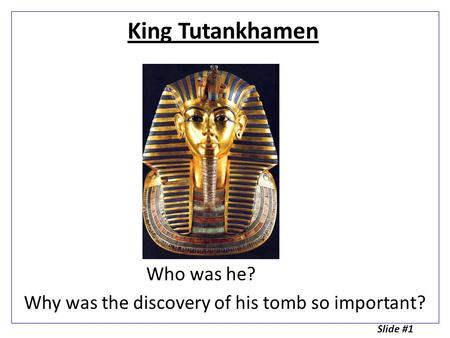 King Tutankhamen Who was he? Why was the discovery of his tomb so important? Slide #1. 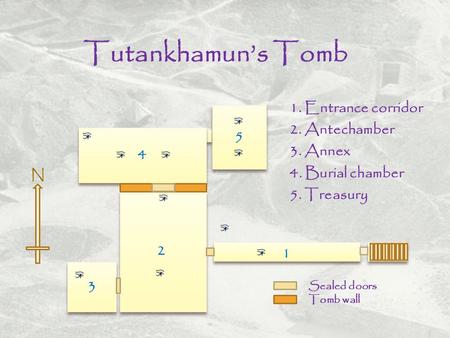 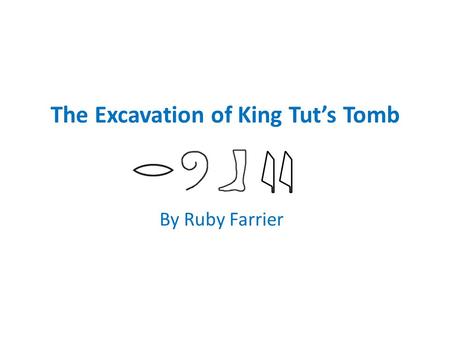 The Excavation of King Tut’s Tomb 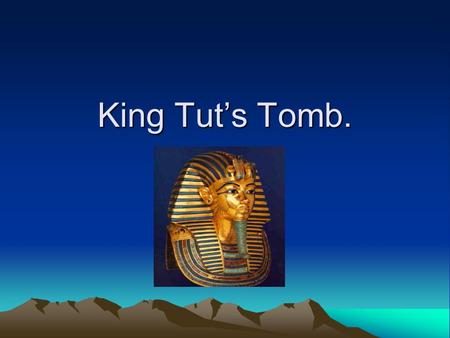 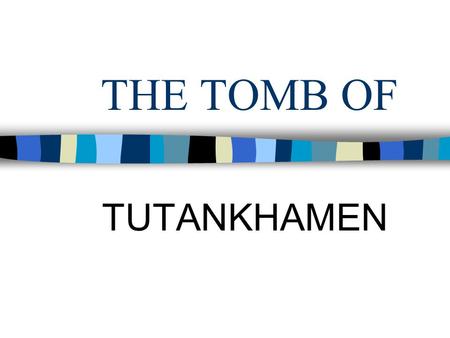 THE TOMB OF TUTANKHAMEN. The Burial Chamber It’s the only room in the entire structure that is decorated 3 pictures of Tutankhamen are seen as well as. 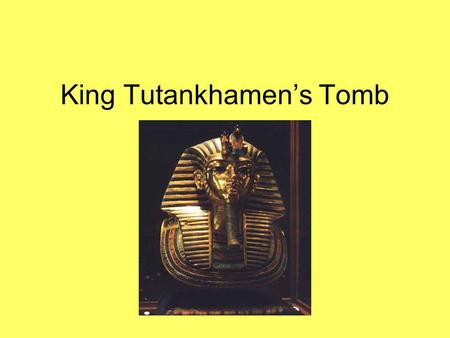 King Tutankhamen’s Tomb. Howard Carter May 9, 1874 ­ March 2, English archaeologist and Egyptologist. most famous as the discoverer of KV62, the. 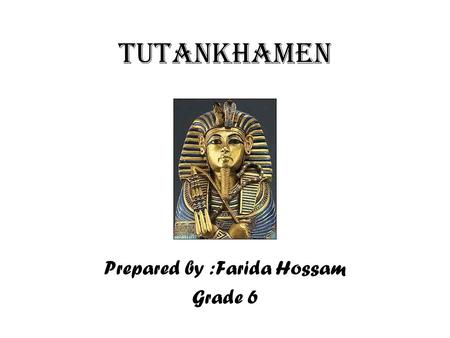 Tutankhamen Prepared by :Farida Hossam Grade 6. The most famous Egyptian pharaoh today is, without doubt, Tutankhamen. However, before the spectacular. 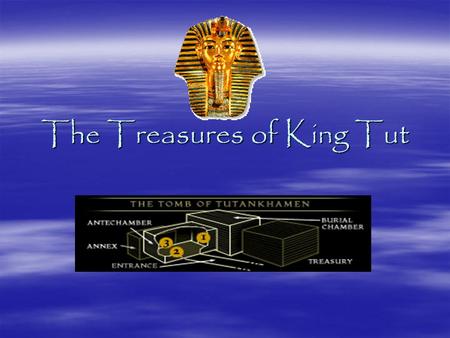 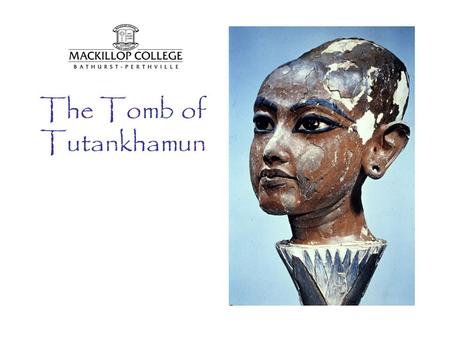 The Tomb of Tutankhamun. 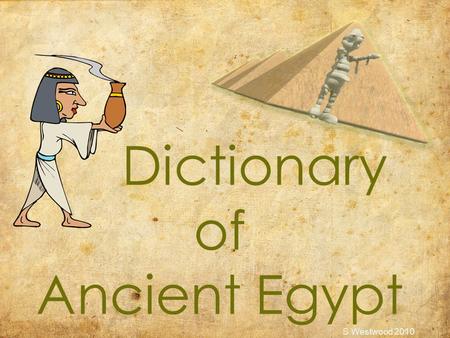 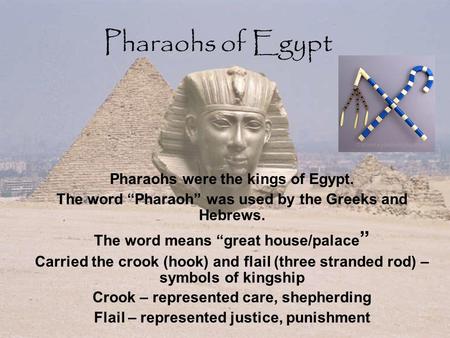 Pharaohs of Egypt Pharaohs were the kings of Egypt. 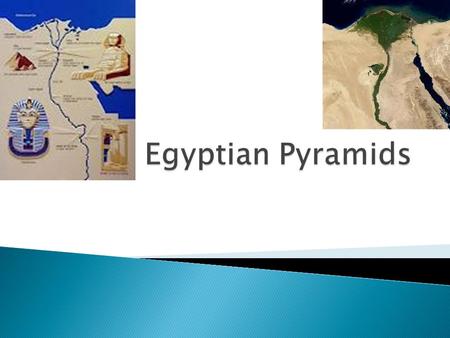 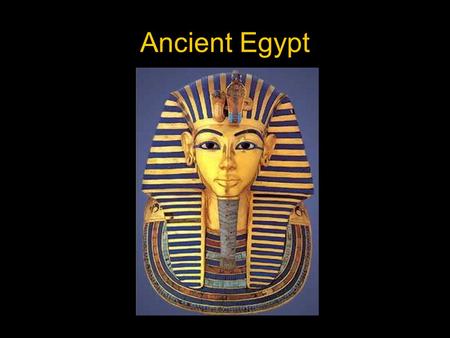 Ancient Egypt. Egyptian Funerary Masks The Egyptians had several ways to make sure the ka could recognize its own body. After the mummy was wrapped,