8 One of Asoka’s Stupas

14 International Trade Routes during the Guptas

18 The Decline of the Gupta  Invasion of the White Huns in the 4c signaled the end of the Gupta Golden Age, even though at first, the Gupta defeated them.  After the decline of the Gupta empire, north India broke into a number of separate Hindu kingdoms and was not really unified again until the coming of the Muslims in the 7c. 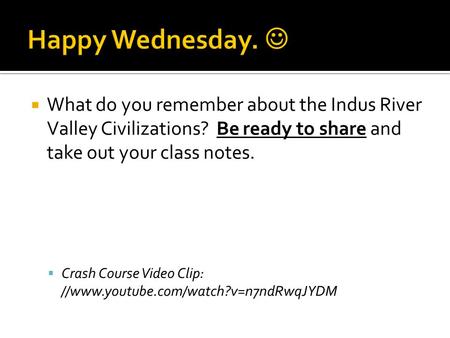  What do you remember about the Indus River Valley Civilizations? Be ready to share and take out your class notes.  Crash Course Video Clip: //