 What do you remember about the Indus River Valley Civilizations? Be ready to share and take out your class notes.  Crash Course Video Clip: //www.youtube.com/watch?v=n7ndRwqJYDM.

Presentation on theme: " What do you remember about the Indus River Valley Civilizations? Be ready to share and take out your class notes.  Crash Course Video Clip: //www.youtube.com/watch?v=n7ndRwqJYDM."— Presentation transcript:

1  What do you remember about the Indus River Valley Civilizations? Be ready to share and take out your class notes.  Crash Course Video Clip: //www.youtube.com/watch?v=n7ndRwqJYDM

2 Today’s LEQ: After the first wave civilizations, what stayed the same and what changed?

6  Soon after Aryan invasion, India began dividing everyone into one of five groups, or castes - Complex system of social division  Origins in Aryan domination of Dravidians  Resulted in cultural stability in India for thousands of years, but restricted social mobility  Jati – subsystem of castes 6

7  Also, you need a page for the Untouchables  And, for Jati

9  Turn in your caste system foldable (is your name on it?!)  Use the terms below to write 3-4 sentences that show your understanding of what we covered yesterday. Be ready to share!!!

11  Chandragupta’s advisor  Wrote the Arthashastra:  A guide for his king and his ministers  Supports royal power  The great evil in society is anarchy  Therefore, a single authority is needed to employ force when necessary

15  Next to unify India  Profitable trade of cotton and pepper  Guptas were Hindu, not Buddhist (although tolerant)  Politics = indirect rule  Large amount of freedom given to administrators throughout empire  “Golden Age” of Indian culture

20  Invasion by pastoralists called White Huns in the 500s = end of Gupta Golden Age  Decline of Gupta – north India broke into many separate Hindu kingdoms ruled by rajputs (Hindu princes)  Not really unified again until the coming of the Muslims in the 7c.  Indian history marked by big debate: unity vs. disunity

21  Create a multiple choice test item for the AP exam that assesses the Maurya and/or the Gupta. Create a problem with four answer choices, one that is correct and three that are incorrect. Make sure your question is challenging! For example, don’t do this:  What were the names of the two Classical Age empires of India?  A: Wynnland & Appotopia  B: Europe & Asia  C: Maurya and Gupta  D: None of the above

Download ppt " What do you remember about the Indus River Valley Civilizations? Be ready to share and take out your class notes.  Crash Course Video Clip: //www.youtube.com/watch?v=n7ndRwqJYDM." 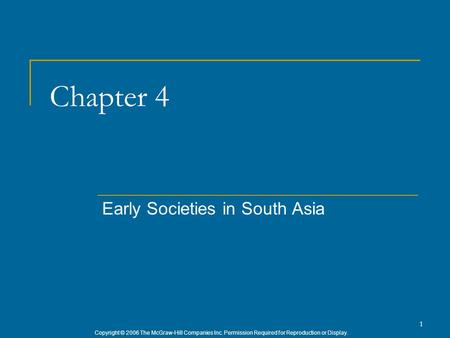