2 NATURAL RESOURCES We rely on natural resources to provide the energy & raw materials needed at home, work & for growing food What is a natural resource? occurs naturally within environments that exist relatively undisturbed by humanity, in a natural form. Ex: coal, natural gas, water, sunlight, oil, wind (just to name a few) Almost all energy on Earth comes from the Sun ! Plants harness Sun’s energy via photosynthesis

10 RENEWABLE: SOLAR Harnessing energy from the Sun Everyday, Earth receives more energy from sun than U.S. uses in an entire year—sunlight is ongoing! Can harness sun’s energy by using solar panels/cells AdvantagesDisadvantages Sunlight is ongoing No waste produced Not all areas of Earth receive a lot of sunlight Tools required to receive energy and convert to electricity (panels & cells) 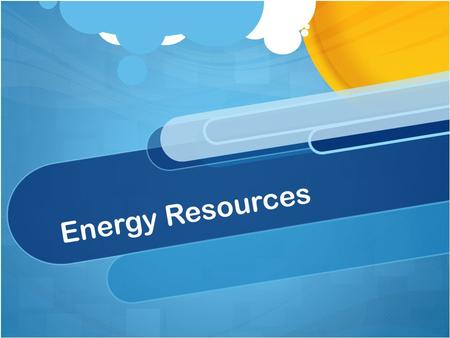