Presentation on theme: "13 Simple Rules for Article Use. 1. We use a / an when we are talking about something for the first time. He is wearing a suit and a tie. They have a."— Presentation transcript:

1 13 Simple Rules for Article Use

2 1. We use a / an when we are talking about something for the first time. He is wearing a suit and a tie. They have a cat.

5 4. We use a / an to say what kind of person or thing someone or something is (often with an adjective, or to say it belongs to a particular group. You have a nice house. That's a very expensive car! A cat is an animal a bus is a vehicle.

6 5. With school, university, prison, hospital, church, bed, work and home we use the when we are talking about a particular one, and no article when we are talking about the idea of school, university... The church on our street was built in the 17th Century. (a particular church) I go to church every Sunday (the idea of church, not a particular building) My friend works at the prison outside the city centre. My husband is in prison. The work isn't finished yet. I was feeling sick yesterday so I didn't go to work. The new bed is bigger than the old one. I put my children to bed a 8pm.

8 7. We use the + adjective to talk about a group of people (including nationalities). I always give money to the homeless. The unemployed receive money from the government. The French produce good wine.

11 10. We use the with plural names of people and places. The Smiths, The Netherlands, The United States, The Bahamas, The Alps (also The Caribbean)

12 11. We use the with oceans, seas, rivers and canals. The Atlantic Ocean, The Red Sea, The Nile, The Panama Canal

14 13. We normally use the with buildings, except if the first word is the name of a place. The White House, The Sheraton Hotel. Oxford University, Buckingham Palace.

Download ppt "13 Simple Rules for Article Use. 1. We use a / an when we are talking about something for the first time. He is wearing a suit and a tie. They have a." 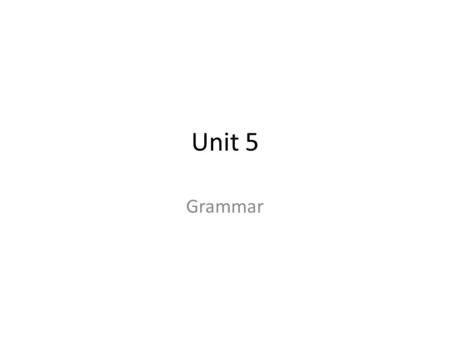 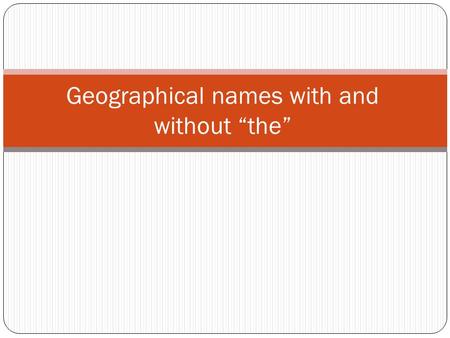