3 The Articles Definite Article: THE Rules of Usage 1.Do not put the before the names of substances if used in a general sense. E.g. Lead is very heavy. But the must be used if the reference is to a particular kind or specimen of the substance. E.g. Thieves have stolen the lead from the roof.

4 The Articles 2.Do not put the before the names of meals which means part of daily routine. E.g. Have you had lunch yet? But the must be used, when the meal is a particular one taken as part of social function. or, when the name of the meal refers to the food and not the occasion. E.g. The dinner will be held at the Grand Hotel. The dinner was not properly cooked.

5 The Articles 3. Do not put the before plural nouns when they are used in a universal sense. E.g. Apples are grown in many different countries. But if the reference is to particular ones then the must be used. E.g. The apples you gave me were not yet ripe.

7 The Articles 6. Put the before nouns which name the inhabitants of a country collectively or as a community but not before the names of their languages. E.g. The Russians have done a lot of space research. Plural nouns standing for the people of a particular country are not preceded by the if taken individually. E.g. Russians drink vodka.

9 The Articles 9. Use the before the names of ships and trains, even if they do not form part of the name itself. E.g. The Day Express is late today. But when the name of particular type of vehicle is used to name the means of travel, there is no definite article. E.g. We are going by train.

10 The Articles 10. The is left out of the expressions ‘all day’ and ‘all night’ but it should be used in similar adverbial expressions for all other divisions of time. E.g. They have worked all day. It has been raining all the morning. The work should continue all the week.

11 The Articles 11. The is used before a singular noun to express ‘generic singular’ i.e. the generic singular (one thing mentioned is taken to represent all of that kind) E.g. The elephant is very strong. An exception to this rule is the noun ‘man’ when the word denotes the human race as a whole. E.g. Man does not live by bread alone.

12 The Articles 12. The is not used in expressions such as ‘go to school’, ‘go to church’, ‘go to hospital’. There is an ‘inherent’ connection between the speaker/ listener with the place such as student, believer, patient respectively. If not, the reference is to just the building and in that case it should be ‘the school’, ‘the hospital’ etc. E.g. The children go to school. The mechanic went to school for repair work. The only exception to the above rule is ‘go to the office’.

14 The Articles 2. A is used and not an when words which begin with /j/ sound such as Europe, uniform, unique, universal, usual etc. 3.Do not omit a, an before a singular countable noun E.g. Rice is a cereal A must be used when the noun precedes an adjective E.g. A lion is a dangerous animal. 4.A is not normally used before uncountable nouns but may be used if refers to a particular thing or quantity.

16 The Articles 8. The use of a few and few as well as a little and little have to be understood. ‘Few’ means only a small number when more might have been expected; ‘a few’ means a small number when none might have been expected. Similar difference exists between little and a little. E.g. Few students gave the right answer. A few students gave the right answer. 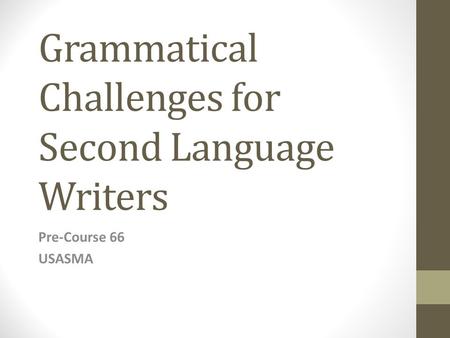 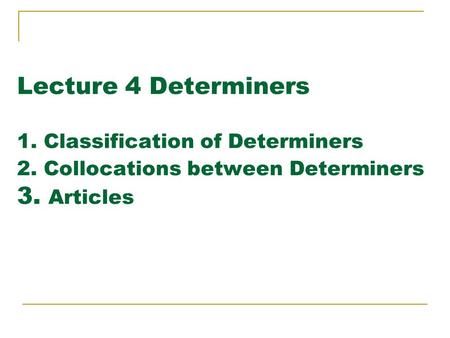 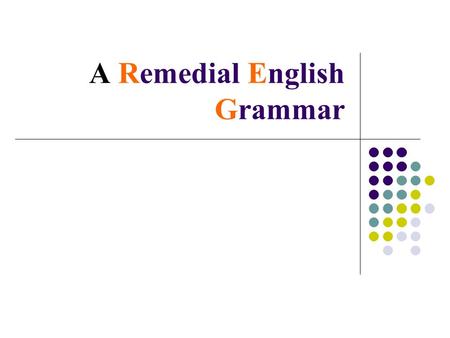