3 Click the mouse button or press the Space Bar to display the answer.

4  Sir George Calvert (Lord Baltimore) – Catholic  Wanted a Catholic colony in the Americas  Died before gaining the grant from the king  Son, Cecilius Calvert, carried on the dream (never went)  Sent his two brothers to set up the colony  Named after Virgin Mary or Queen Henrietta Maria  Baltimore – Maryland port on the Potomac River  All people were asked to grow tobacco and one other crop (corn, wheat, veggies, and fruit)  Most owners were very wealthy, so workers came

8  Last British colony – General John Oglethorpe  Planned as a debtor colony  Debtors – those who are unable to repay debts  Also, it was the buffer for Spanish attacks  First town = Savannah – forts to defend from Spain  Outlawed slavery, Catholics, and rum  Due to demand, slavery and rum bans lifted  GA had the highest non-British population on a British colony

11 Section 4-28 Click the mouse button or press the Space Bar to display the answers. Checking for Understanding __ 1.laborer who agreed to work without pay for a certain period of time in exchange for passage to America __ 2.farmer who works land owned by another and pays rent either in cash or crops __ 3.religious settlement __ 4.person or country that owes money __ 5.a formal plan of government A.indentured servant B.constitution C.debtor D.tenant farmer E.mission Define Match the terms on the right with their definitions on the left. A D E C B 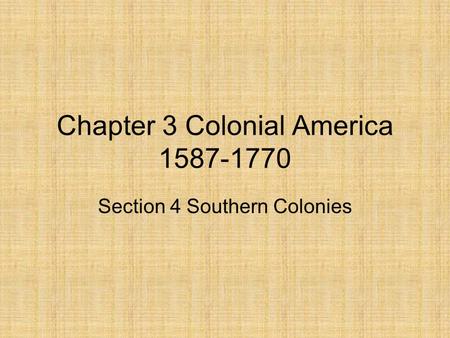 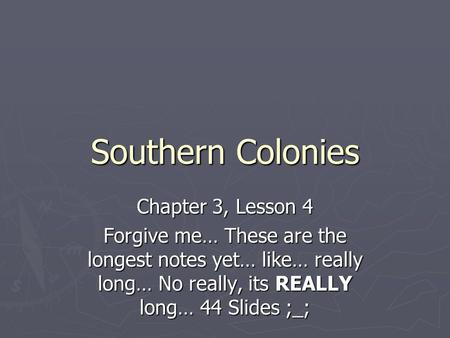 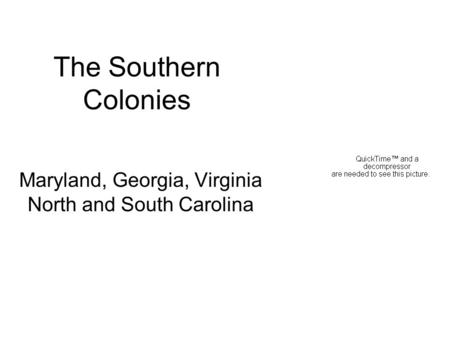 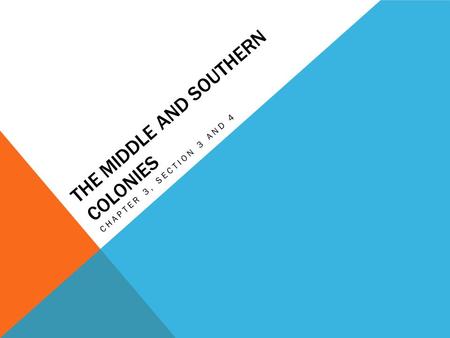 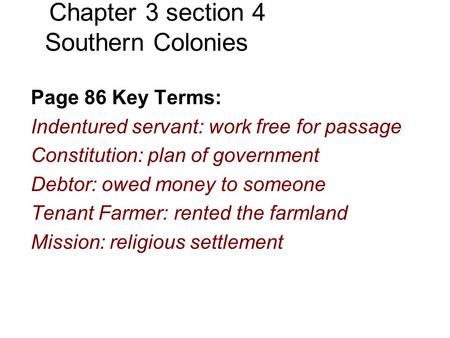