1 Ch. 22 Notes The Ordeal of Reconstruction

2 Reconstruction Reconstruction is going to be the process of rebuilding the south and restoring the south states to the Union. The two main problems are: The south must be rebuilt both physically, economically and socially. Provide for the freedmen (freed slaves) and help them adjust to a life of freedom.

5 The 10% Plan Lincoln wanted reconstruction to be as rapid as possible for the southern states. Under his 10% Plan, once 10% of a states voters took an oath of loyalty to the U.S. and promised to abide by emancipation. Of course, he never was able to implement this plan thanks to John Wilkes Booth.

7 Andrew Johnson When Andrew Johnson became president, the Radical Republicans believed he would side with them because he hated the wealthy plantation owners of the south (the only reason he was put on the ticket was to bring in votes from War Democrats and Pro-Union southerners). Instead, he followed Lincoln’s lead in trying to make reconstruction speedy for the south.

8 Presidential Reconstruction
Johnson basically followed Lincoln’s plan except that he disfranchised (took away the right to vote) many leading Confederates, including wealthy plantation owners (had to have property worth over $20,000) – they could petition him for a pardon and he did pardon a large number of them. States had to call conventions to repeal their ordinances of secession and ratify the 13th Amendment, which abolished slavery – once these conditions were met they were to be readmitted to the Union.

9 Southern Reconstruction under the Presidential Plan
As the southern states reformed their governments, problems began to arise. Most of the southern states refused to ratify the 13th Amendment. Others kept their original constitutions which allowed slavery. When they held elections, they elected many former Confederates. They began passing Black Codes – sets of laws designed to limit the rights of the freedmen and force them back into the fields.

10 Radical Reconstruction
Many people in the north believed the south was acting as if the Civil War didn’t even happen. The Radical Republicans refused to recognize the new southern governments and instead passed the Reconstruction Act.

11 The Reconstruction Act
The south was divided into five military districts run by a military governor and subject to martial law. All ex-Confederates were removed from local and state government. Southern states had to write a new constitution that protected the rights of the freedmen (specifically the right to vote). Southern states had to ratify – officially enact as law – the 14th Amendment.

14 Southern Reconstruction Governments
Former Confederates were barred from participating in the new governments so they were populated with: Carpetbaggers, who were northerners who came south for southern government positions. Scalawags, who were southerners who supported the Republican government. Freedmen, who did quite well considering they had little formal education and no political experience. One common complaint about the reconstruction governments was that they were corrupt, but they were no more corrupt than the northern governments that were in power during the time period. Even though there was corruption, they still passed some needed political reforms in the south, the most important being the creation of a system of free public schools in the south.

15 Ku Klux Klan The Ku Klux Klan was formed by the Confederate general Nathan Bedford Forest. They used violence and intimidation to try to keep black southerners (and white carpetbaggers and scalawags) from participating in government. Federal troops were sent into the south (Force Acts) to get the KKK under control but it still undermined the political influence of African Americans in the south.

17 The Impeachment of Johnson
Johnson fought the Republicans in Congress over many issues, vetoing many of their bills they attempted to pass (they overrode most of the vetoes). So in 1867 they passed the Tenure of Office Act, requiring the president to get Congressional approval to remove cabinet members. Johnson fired Secretary of War Edwin M. Stanton, and Congress used that as their reason to try to get rid of him through the impeachment process. The process failed by one vote, mainly because a group of Republicans refused to vote to remove the president over political issues.

18 The Purchase of Alaska Johnson’s one real positive action was allowing Secretary of State William Seward to purchase Alaska from Russia. Most people derided the decision, referring to it as Seward’s Folly or Seward’s Icebox. 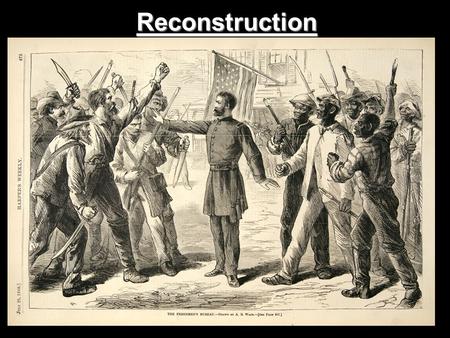 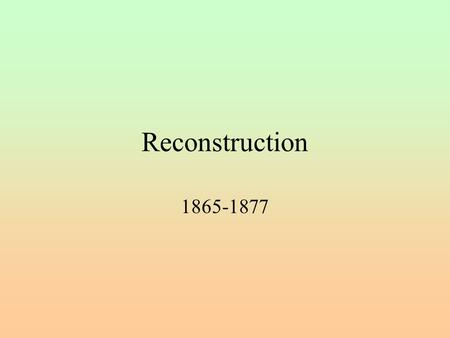 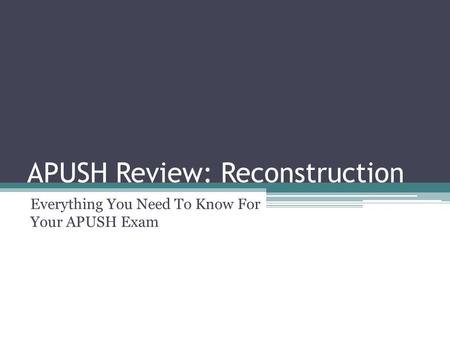 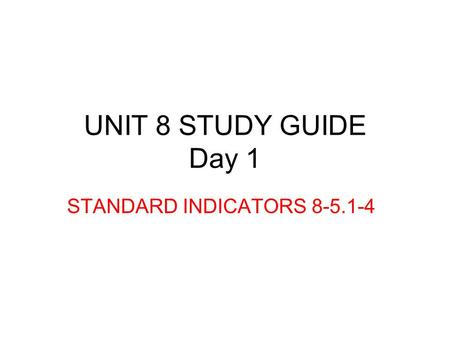 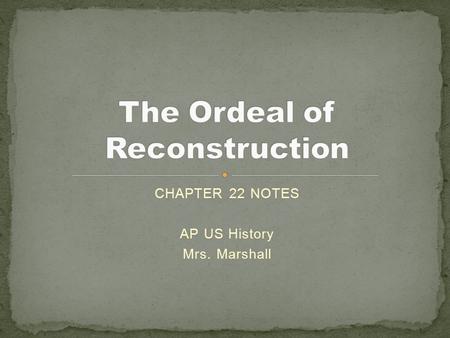 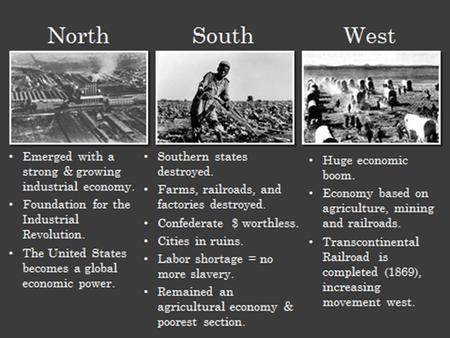 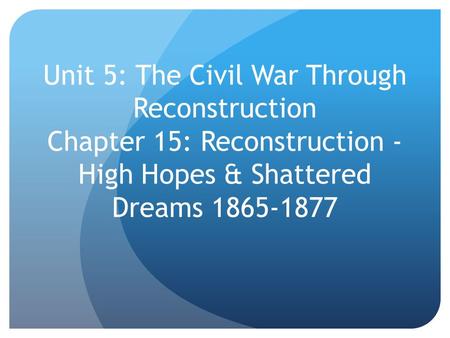