2 Nature of Deviance Being considered a deviant:
Deviance: any violation of the norms of society There are always individuals who break rules of their society or group What’s considered deviant? Vary based on the situation Robber shoots someone – Deviant Police officer shoots robber – Acceptable Also varies from society to society Being considered a deviant: Dedication to deviant act Stigmatized by society Things that define or discredit someone Being labeled as a: Sex offender Prison inmates Drug dealer

5 Deviant Behavior - Conflict Perspective
Deviance is explained through power and inequality Competition and social inequality lead to deviance “Haves” vs. “Have Nots” Capitalist class vs. Working class Those in power Commit deviant acts to stay in power Consider acts of others that might challenge power as deviant People without power Turn to deviant behaviors Often out of necessity

8 Deviant Behavior – Interactionist Perspective
Transmission Theory Deviance is a learned behavior Learned through association with deviant individuals Differential association Deals with frequency and closeness of association Example: Gang membership All individuals conform Difference lies in what they are conforming to

10 Rejecting Labels How People Neutralize Deviance
Most people resist labels that others try to pin to them. Example: People who vandalize property but consider themselves conforming members of society Techniques of neutralization: Suspension of moral beliefs to commit deviant act Five techniques: Denying responsibility “It was an accident” Denying injury “Who did it hurt?” Denying the victim “He got what he deserved” Condemning authorities “The police are corrupt” Appealing to higher loyalties “I did it to protect my family”

11 Social Control Consists of the forces and processes that encourage conformity
3 Factors: Internalization – process of building conformity to norms and values from our groups into our self-concept Informal social control – self-restraint exercised because of fear of what others might think Formal social control – administrative sanctions such as fines and imprisonment Recidivism – relapse into a previous mode of behavior Being rearrested 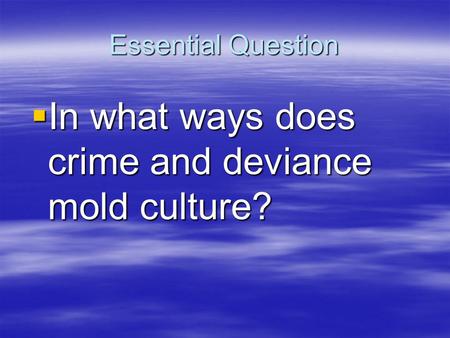 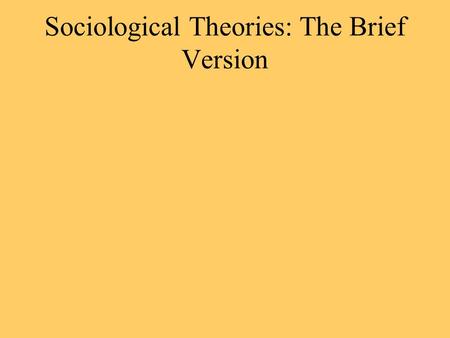