5  Strain theory- Robert K. Merton- deviance is a natural outgrowth of the values, norms, and structure of society. Some are incompatible with reality, ex. Economic success. Not everyone has tools to achieve, poor judged  Anomie is the situation that arises when the norms of society are unclear or are no longer applicable. Not enough guidelines for behavior leads to confusion, Durkheim studies Industrial Revolution

11  Richard Quinney- the ruling classes label any behavior that threatens their power as deviant  To protect power, ideologies are established (belief systems) to explain deviance as a problem of the lower classes  Law enforcement is directed against these people, higher arrest and conviction rates  Ex. SC and crack babies cases

14  Labeling theory-how do individuals come to be indentified? All commit acts during life.  Primary deviance is a nonconformity that goes undetected by authority. Do not view self as deviant nor does society.  Secondary deviance- results in labeling and most accept as true  Harold Garfinkel, degradation ceremony- a public setting, trial, individual is denounced, found guilty, and given new identity 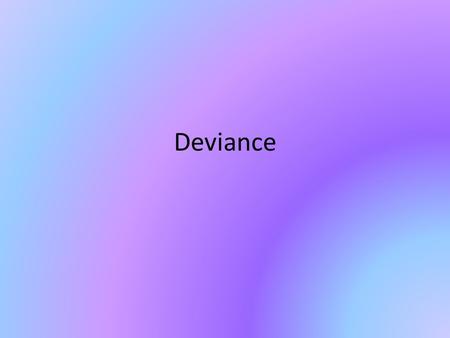 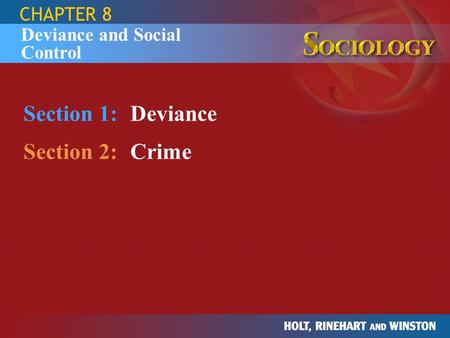