Presentation on theme: "HIV is the virus that causes AIDS, a disease that weakens the body’s immune system and may have fatal consequences."— Presentation transcript:

2 HIV is the virus that causes AIDS, a disease that weakens the body’s immune system and may have fatal consequences.

4 What Is HIV/AIDS? HIV/AIDS weakens the body’s immune system. AIDS has become one of the deadliest diseases in human history.

7 What Is HIV/AIDS? Approximately 12 million of the 40 million people who have HIV/AIDS worldwide are in the 15 to 24 age group.

8 What Is HIV/AIDS? Half of all new HIV infections are among young people, and many of the young people who are infected do not know it.

9 What Is HIV/AIDS? Health care officials consider HIV/AIDS a pandemic.

10 Understanding HIV/AIDS HIV/AIDS is transmitted in a variety of ways. HIV is transmitted among humans only when one person’s infected blood, semen, or vaginal secretions comes in contact with another person’s broken skin or mucous membranes.

11 Understanding HIV/AIDS HIV is spread in three ways. During sexual intercourse By sharing needles From mother to baby

12 Understanding HIV/AIDS Anyone who uses needles contaminated with HIV allows the virus to enter directly into his or her bloodstream. Needles used for body piercings and tattoos also can come in contact with contaminated blood.

13 Understanding HIV/AIDS A pregnant female infected with HIV can pass the virus to her baby through the umbilical cord, during childbirth, or through breastfeeding. If an expectant mother knows she’s infected, there are steps she and her health care providers can take to prevent her child from contracting HIV.

14 How HIV/AIDS Affects the Immune System

16 How HIV/AIDS Affects the Immune System As more lymphocytes are destroyed, the immune system becomes weaker and weaker. The body then becomes vulnerable to AIDS- opportunistic illnesses, infections the body could fight off if the immune system were healthy.

19 Giving or Receiving Blood: Is It Safe? The risk for HIV infection through the transfusion of blood or blood products is extremely low.

20 Giving or Receiving Blood: Is It Safe? In the United States, health care professionals always use sterile needles to draw blood. All donated blood has been tested for HIV since 1985.

21 After You Read Reviewing Facts and Vocabulary HIV invades and destroys white blood cells, so that the immune system is weakened. 1.How does HIV affect the human immune system?

22 After You Read Reviewing Facts and Vocabulary 2.How can you protect yourself from contracting HIV/AIDS? By practicing abstinence from high-risk behaviors such as sexual activity, illegal drug use, and sharing contaminated tattoo/ piercing instruments

23 After You Read Reviewing Facts and Vocabulary 3.Why do the body’s antibodies fail to protect people from HIV? HIV enters the cells too quickly for the antibodies to destroy them; antibodies work in the bloodstream, not in cells; and HIV can mutate so the antibodies do not recognize it.

Download ppt "HIV is the virus that causes AIDS, a disease that weakens the body’s immune system and may have fatal consequences." 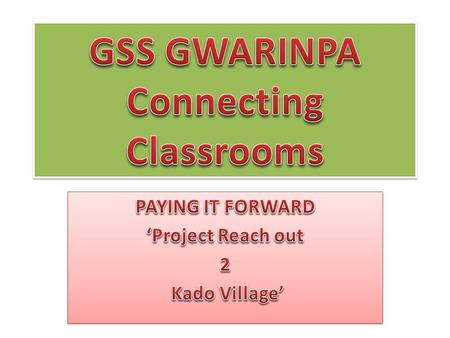