2 1. Geography India is located in Asia
Geographers refer to India as a subcontinent, which is a large landmass that sticks out from a continent

4 1. geography The mountain range that separates India from the rest of Asia is the Himalaya Mountains

7 Hindu Kush The Hindu Kush is the mountain range that was the pathway for many of the earliest inhabitants of northern India.

9 4. Major Rivers India has two very fertile river valleys that are fed by the mountains in Northern India.

10 5. climate The climates of India differ greatly from the snow-covered peaks of the Himalayas to the dry Thar Desert Humid subtropical climate: hot, humid summers with plenty of rainfall in the plains south of Himalayas Tropical climate: warm temperatures all year Humid tropical: warm temperatures and heavy rains to southwest India Dry climate: in the southern and western part of India

12 6. Monsoons Monsoons are strong winds that blow across the region at certain times of the year June-October: summer monsoons bring moist air up from the Indian Ocean which causes heavy rains and flooding November-January: winter monsoons change directions which brings dry air from the mountains in the north and there is little rain fall People depend on the summer monsoon for life-giving rain such as providing water for crops

16 6. monsoons If the monsoon is late or weak, crops die causing famine
If it brings too much rain, the rivers overflow and it may cause deadly floods As long as the rain comes on time and lasts long enough, the Indian farmers will be able to produce food

19 8. Discussion Question How do you think that the geography of India will play a role in the development of ancient civilizations here? 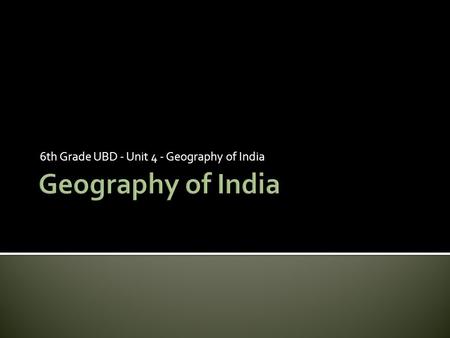 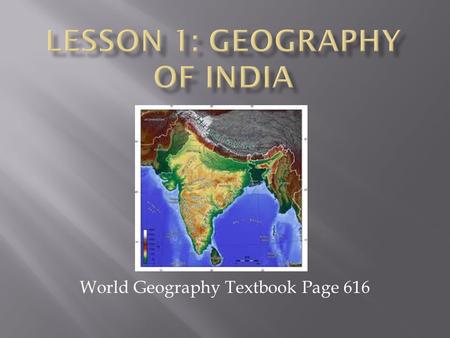 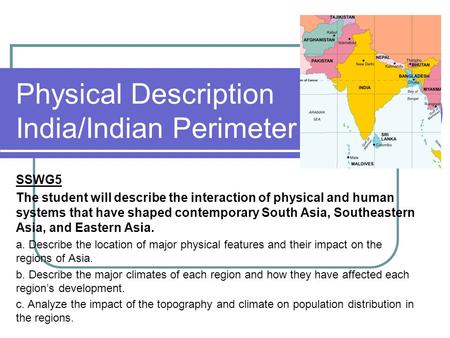 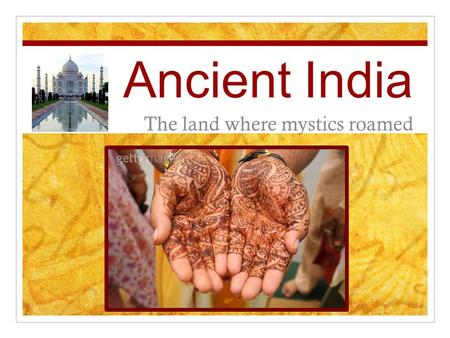