Presentation on theme: "Colour And Font Choice Results. Front Cover I asked 20 media students what colour choice for my front cover they would prefer. I decided I wasn’t going."— Presentation transcript:

2 Front Cover I asked 20 media students what colour choice for my front cover they would prefer. I decided I wasn’t going to use anymore than four colours, the rule of three applies in majority of magazines so that it doesn’t look too busy and disorganised. However a fourth colour is usually used in small amounts, for example white or black text will usually be seen on a magazine so I decided I would include a fourth colour that I will only use a small amount of on my front page. I have included black and white in all three of my choices because they stand out against all other colours, for example if I want text to be seen against a black background I can colour it white. Results Out of the 20 students that I asked 14 chose colour choice 1, 5 chose colour choice 2 and 1 person chose colour choice 3. Therefore I will include the colours from colour choice 1 on my front cover as it was the most popular choice. To do this I will have to consider the colour clothing the model for my photograph is wearing, the background colour, the masthead colour, text colour ect.. Colour choice 1 Colour choice 2 Colour choice 3

4 Contents Page I decided that I didn’t want to include many colours on my contents page. Because it is an informative page I want to keep it as clear and organised as possible, I've decided that several of the images on my contents page will be in black and white so it is mainly the important text that will be in colour, hence why I've only decided to include one prominent colour in my choices, the other two choices are black and white. Although the page will only have one prominent colour I will make sure I include a lot of it in the right places so that it isn’t a plain page. Results Out of the 20 people asked, 5 people decided colour choice 1 was the best as it would relate back to the front page, 10 people said choice 2 as the red will link back to the masthead, and 5 people said choice 3 was the best. Therefore colour choice 2 will be the colours i will include in my contents page.

6 Front Page, DPS and Contents I have decided that throughout my whole magazine I will use the same fonts, this shows continuity but it also follows the rule of three. I will only be using three fonts on each page but I thought that using the same three fonts on all pages will make my magazine seem more organised. I want both serif and san serif fonts, the san serif fonts will be for large amounts of text, so that it is clear to read. It will also be used for additional information text. The serif fonts however will be used for titles and subheadings, this gives an element of class to the magazine. Although i have chosen to focus on Pop for my magazine genre i do not want to follow the stereotypical idea of pop. I do not want to aim my magazine at anyone younger than 17 therefore i will make sure that the conventions appeal to an older audience, including the serif fonts.

Download ppt "Colour And Font Choice Results. Front Cover I asked 20 media students what colour choice for my front cover they would prefer. I decided I wasn’t going." 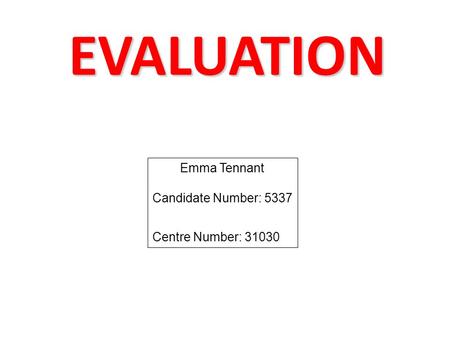 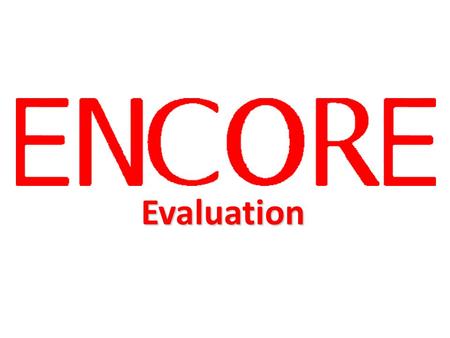 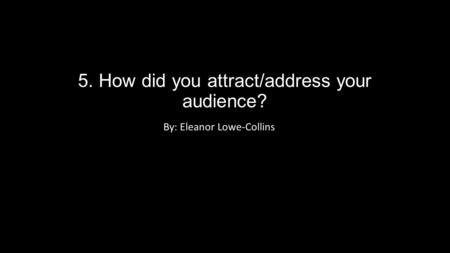